The three timing models switch between SPY (the ETF tracking the S&P 500 index) and IEF (the ETF tracking intermediate-term U.S. Treasury bonds) and were derived from previously developed ETF trading systems modified to seek investment in SPY during up-market periods and otherwise in IEF. These models have all been published having out-of-sample (OOS) periods as indicated.

Component model Nr.1 is a straight forward moving average crossover system. The algorithms for component models Nrs.2 and 3 are based on subscription models at a web-based simulation platform developed by the author.

The combination model provided allocation signals for SPY and IEF as shown in Table 1. On average there were 9 different allocations per year, requiring adjustments to investment mix. 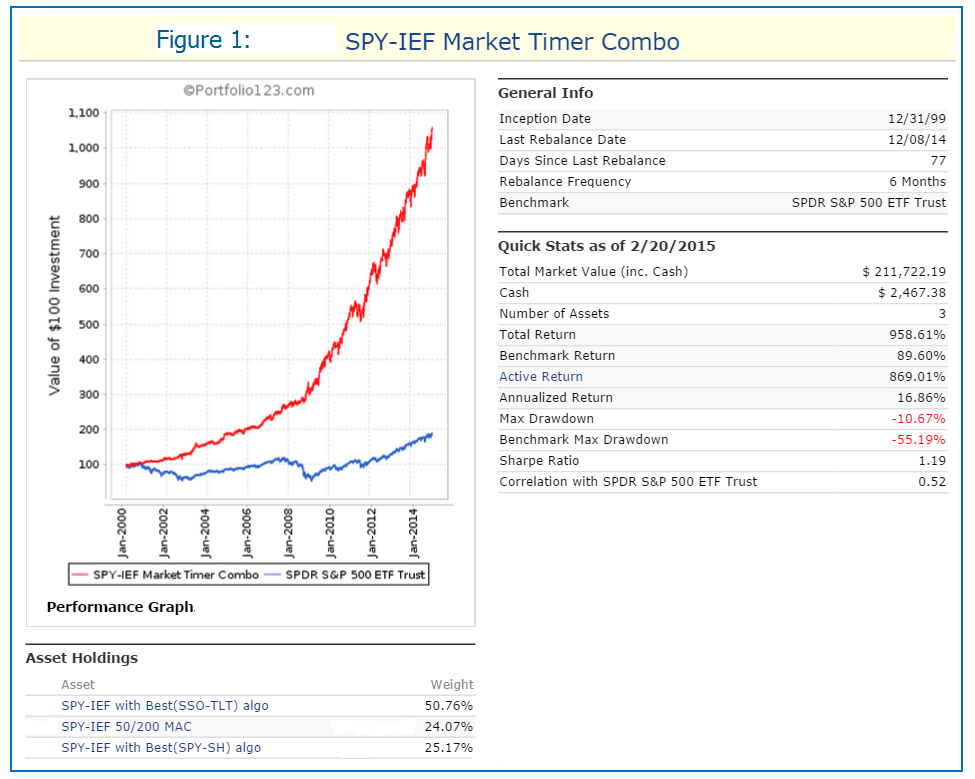 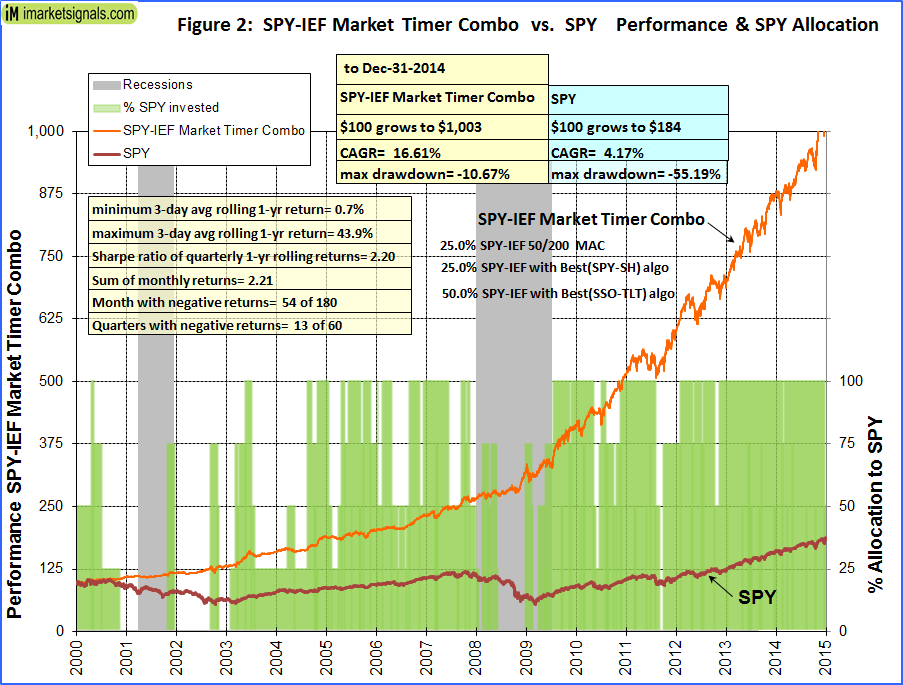 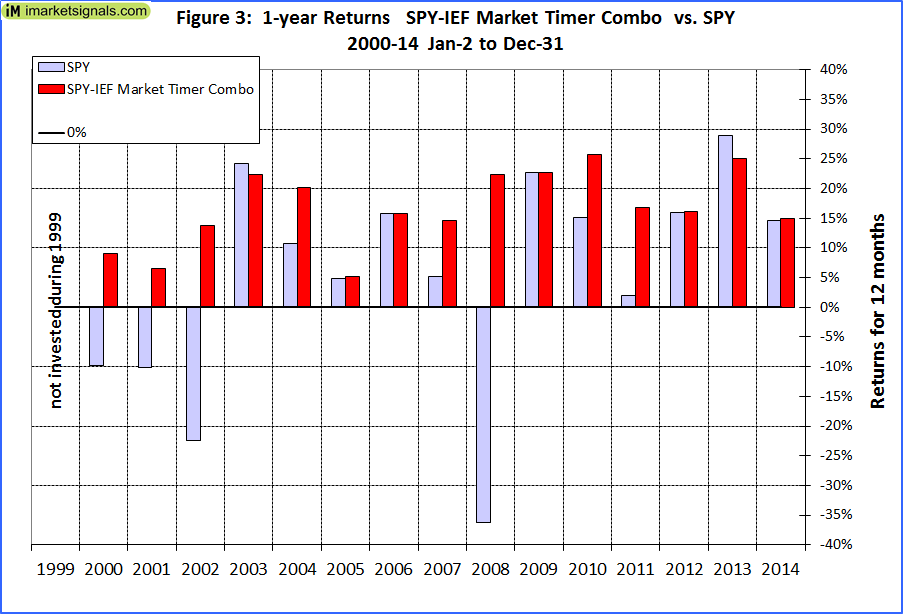 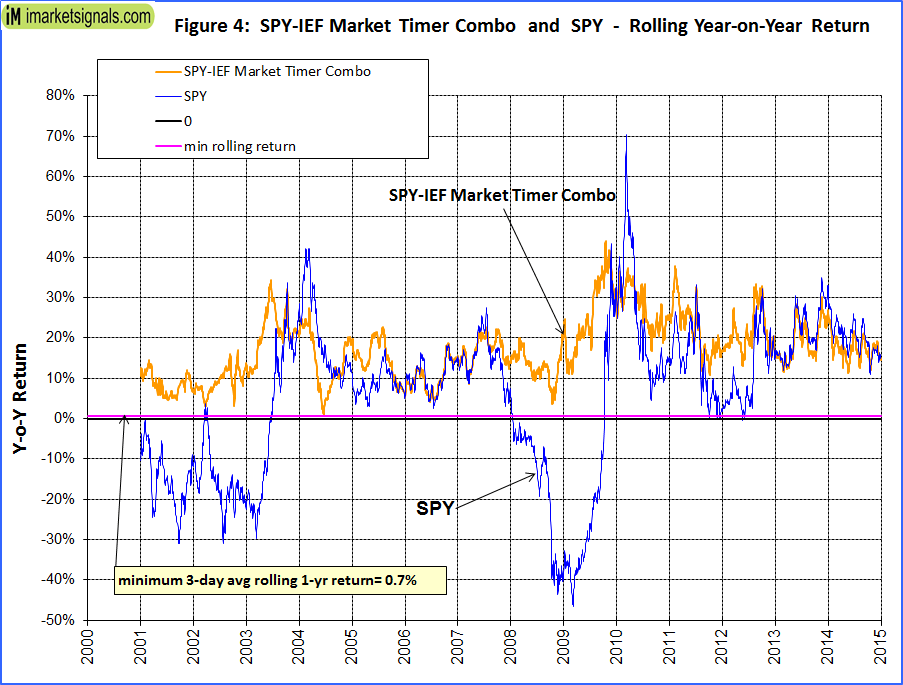 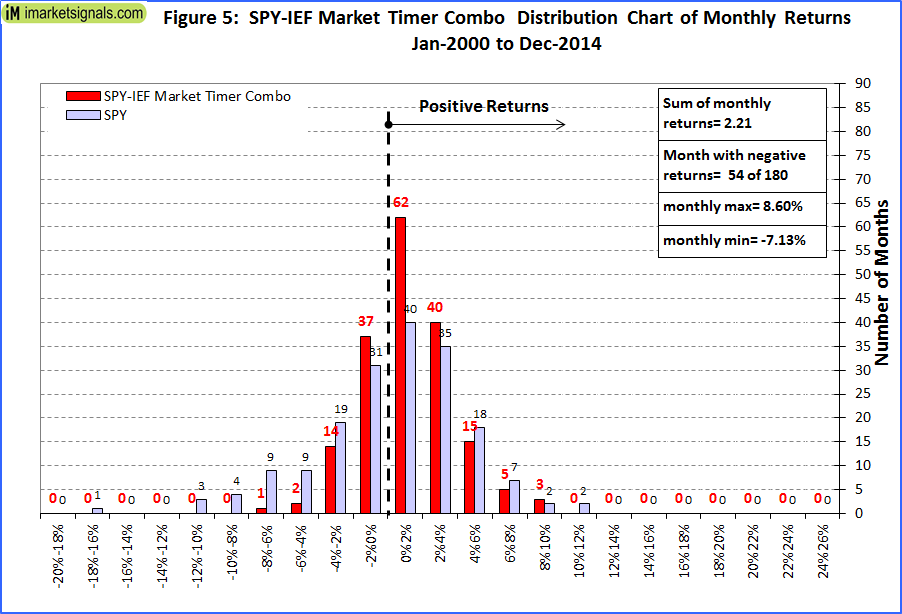 This model is updated weekly and allocation percentages to SPY will be posted on our website.

Performance over the last 10 years and 5 years is shown in Figure 6 and 7, respectively. 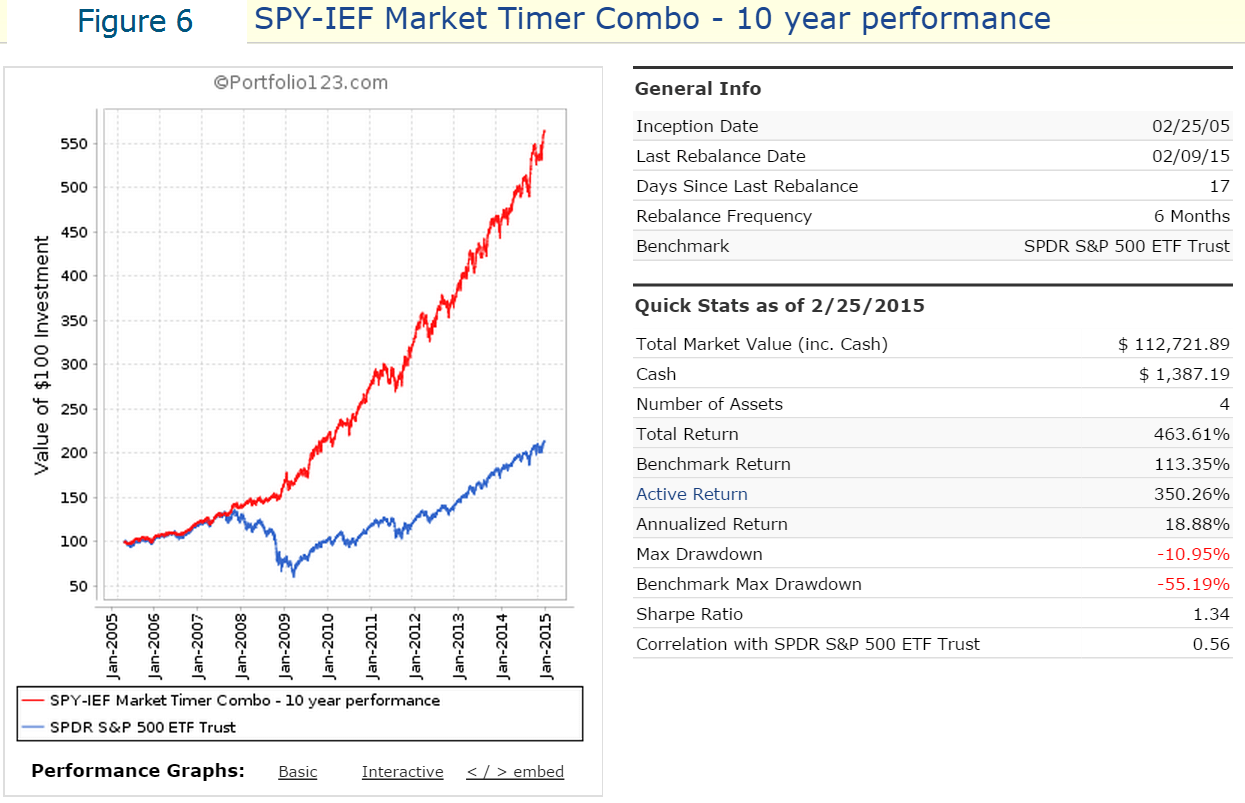 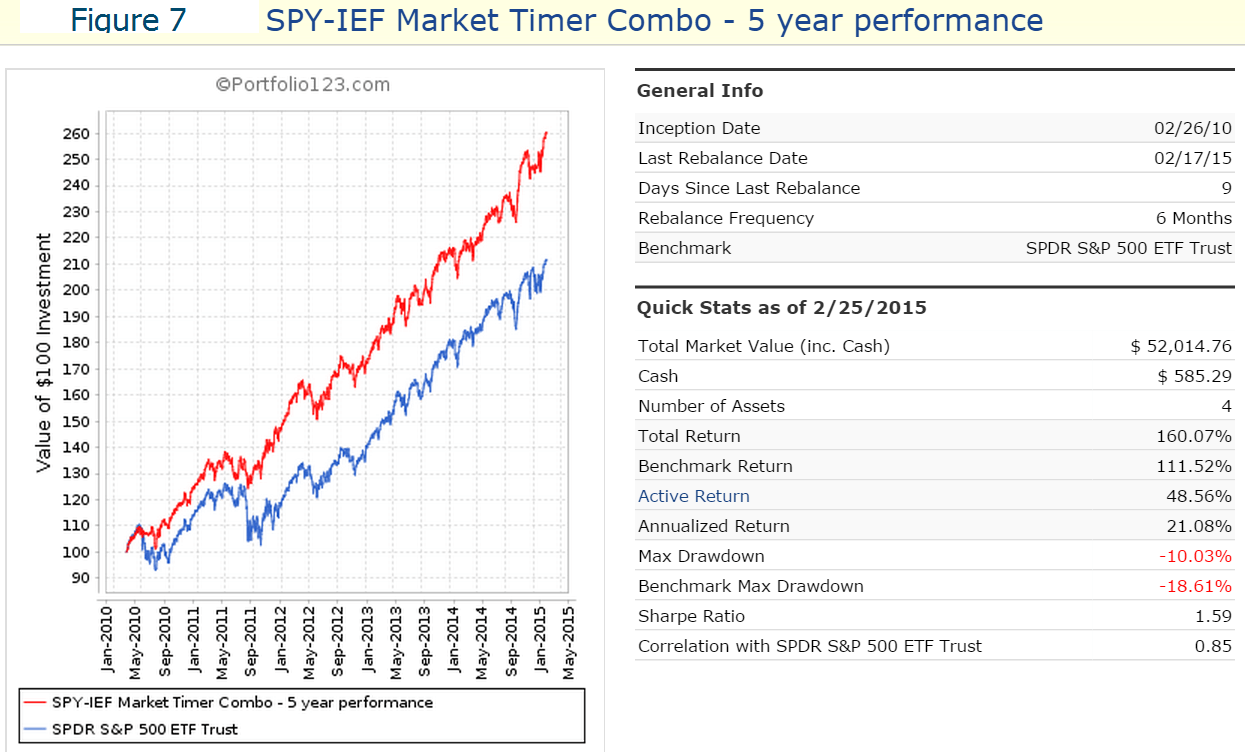 One should be aware that most of the results shown are from a simulation and not from actual trading. Out-of-sample performance of the three component models is relatively short. This timing model is presented for informational and educational purposes only and shall not be construed as advice to invest in any assets. Out-of-sample performance may be much different. Backtesting results should be interpreted in light of differences between simulated performance and actual trading, and an understanding that past performance is no guarantee of future results. All investors should make investment choices based upon their own analysis of the asset, its expected returns and risks, or consult a financial adviser.

Posted on Feb 26, 2015 by Georg Vrba
← 87 Comments
With reference to Section 202(a)(11)(D) of the Investment Advisers Act: We are Engineers and not Investment Advisers, read more ... By the mere act of reading this page and navigating this site you acknowledge, agree to, and abide by the Terms of Use / Disclaimer