The Almost Risk-Free Investment When The Yield Curve Inverts

This model uses the 2-year and 10-year U.S. Treasury yields as measures of short-term and long-term rates, respectively, and calculates the Forward Rate Ratio (FRR2-10) between the two rates. (For the formula see the Appendix in the linked article.)  An upward positive slope of the graphed FFR2-10 indicates a widening spread between the two rates, and a downward negative slope indicates the opposite. 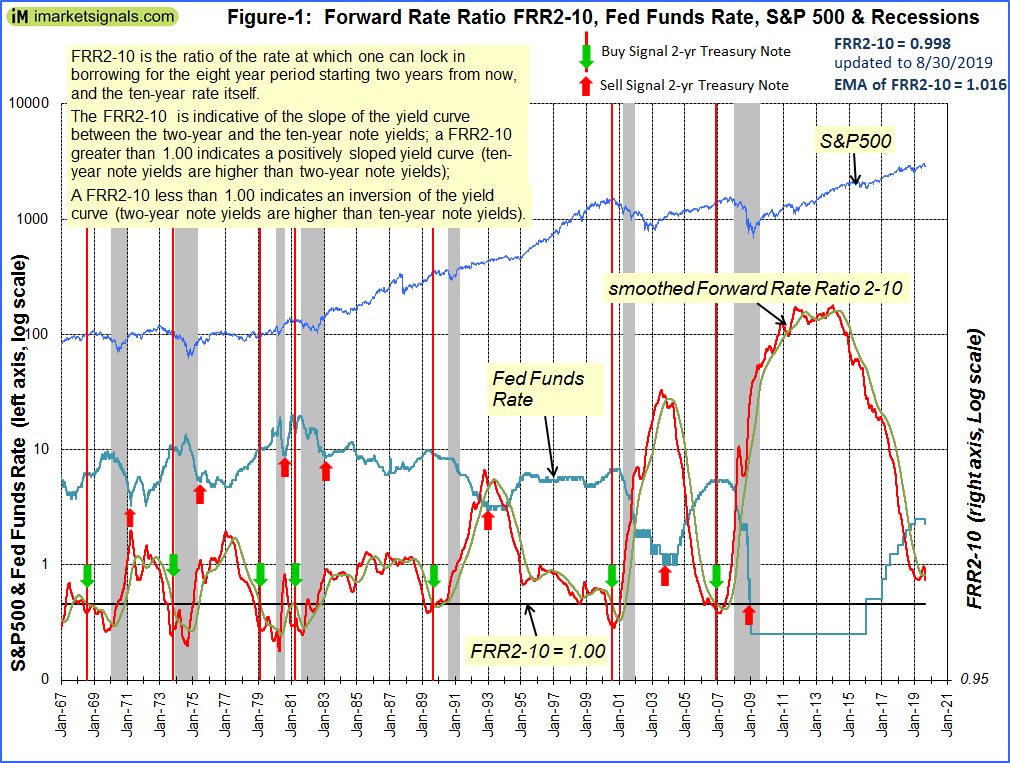 In Figure-1 the smoothed FRR2-10 and Federal Funds Rate are shown. One can see that the yield curve was inverted prior to the last seven recessions (the grey shaded areas in the chart). Currently (end of August 2019) the yield curve is inverted again, indicating that we are near the boom phase of the business cycle, not far away from the next recession, diagrammatically shown in Figure-2.

Also, one observes that the Federal Funds Rate is near a high when the yield curve inverts and then begins to fall before, during, and after recessions for some time. Currently the FFR has formed a peak, and our expectation is that it will drift lower as it did in the past. Also, usually when the FFR forms a trough the FRR2-10 peaks.

The proposed investment is the U.S. 2 Year Treasury Note bond or the iShares 1-3 Year Treasury Bond ETF (SHY) which has an Effective Duration of 1.85 years.

The fixed income investment is made when the Forward Rate Ratio between the 2- and 10-year yields becomes less than 1.00, and it is sold when the Federal Fund Rate has reached a low after a recession. In Figure-1 the buy- and sell signals are indicated by the green and red arrows, respectively.

Table-1 shows the beginning and end dates of the investments for the past seven “recessionary epochs”. The strategy always returned a profit, with annualized returns ranging from 5.9% to 15.8% over those periods. There were only two occasions when an investment in the S&P 500 with dividends would have had somewhat higher returns. 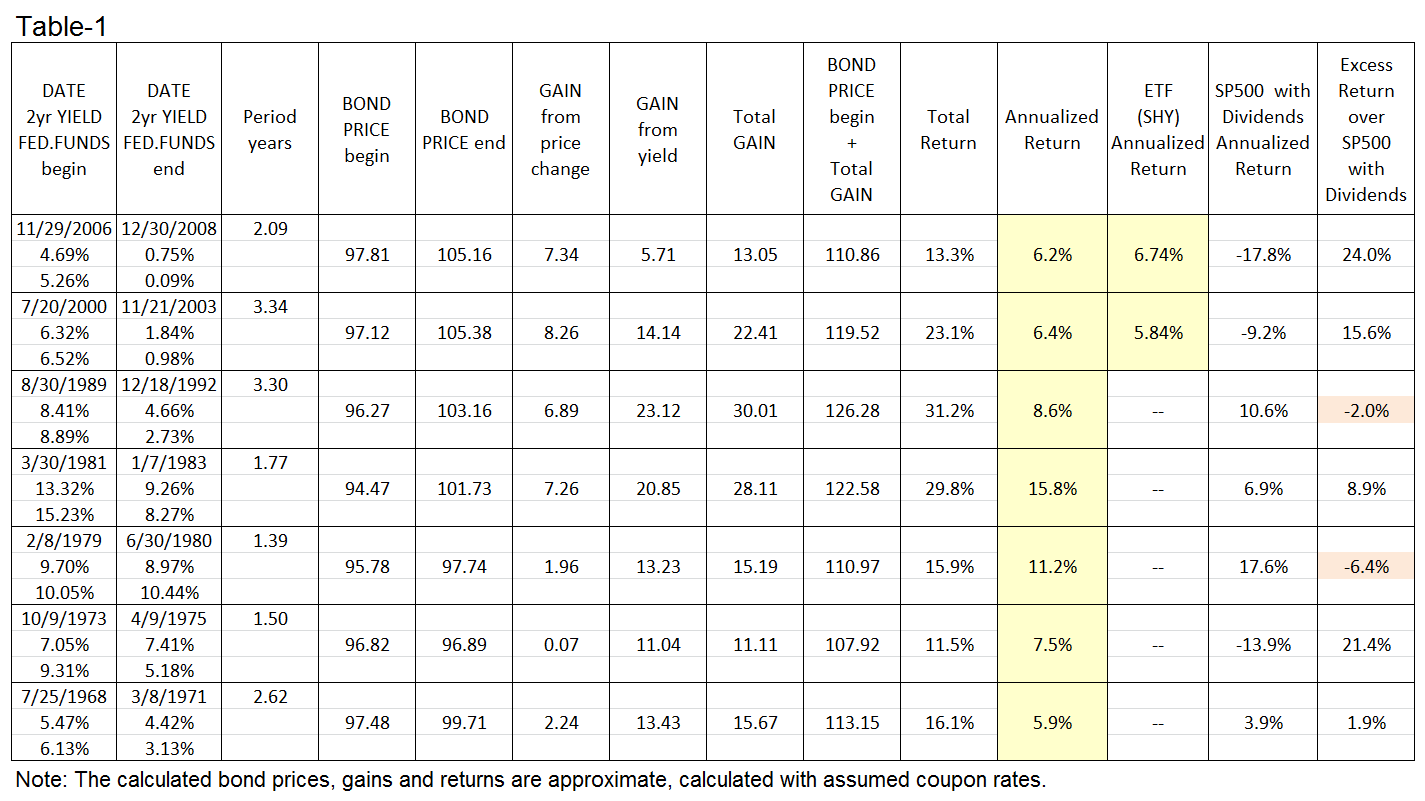 For the most recent two “recessionary epochs” the relative performance of SHY and the S&P500 ETF (SPY) is shown in Figures-3 and -4 in the Appendix. Note the maximum drawdowns of about -50% for SPY, versus about -2% for SHY.

Also, for verification purposes actual returns of SHY for various periods are compared with returns calculated from the 2-year bond yields, Table-2 in the Appendix refers. 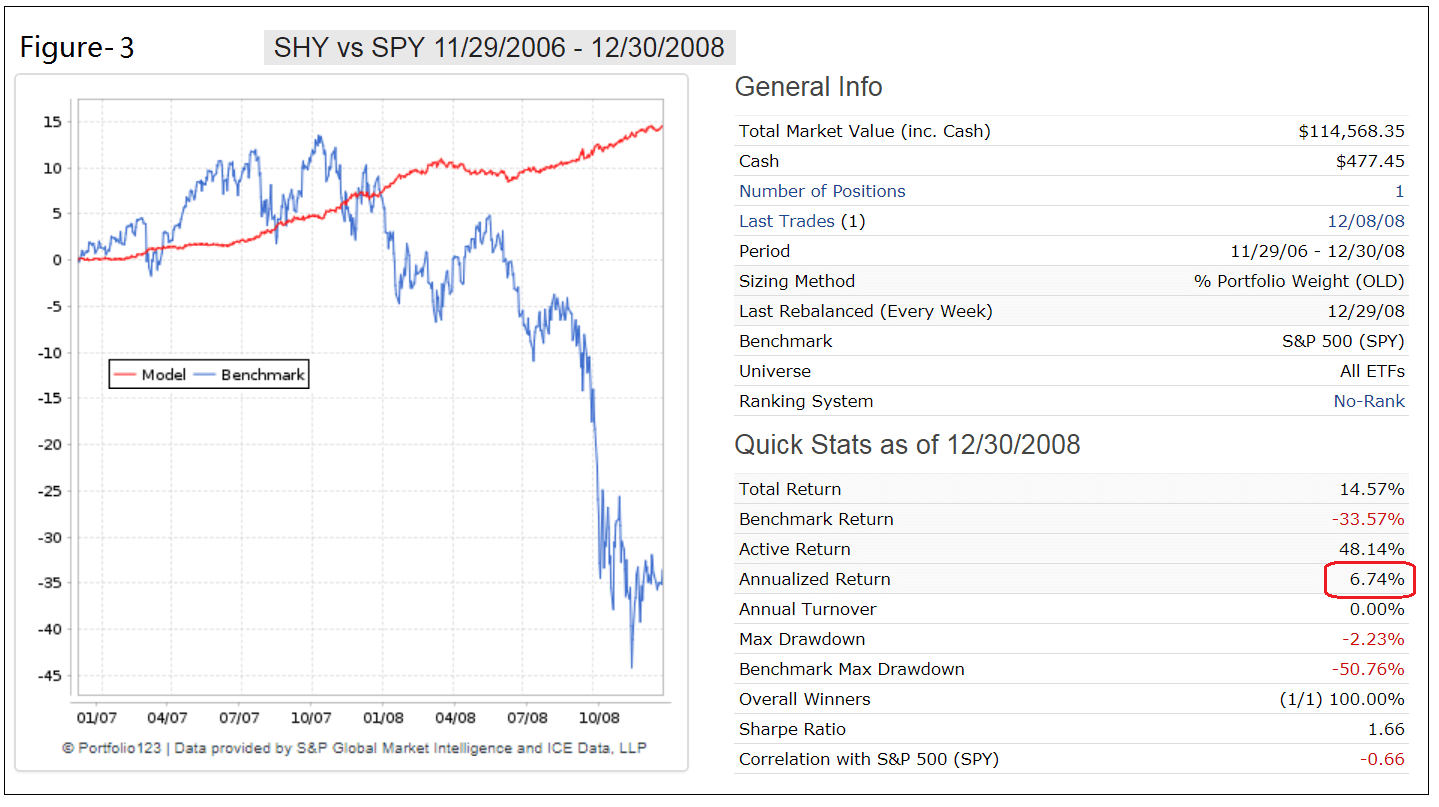 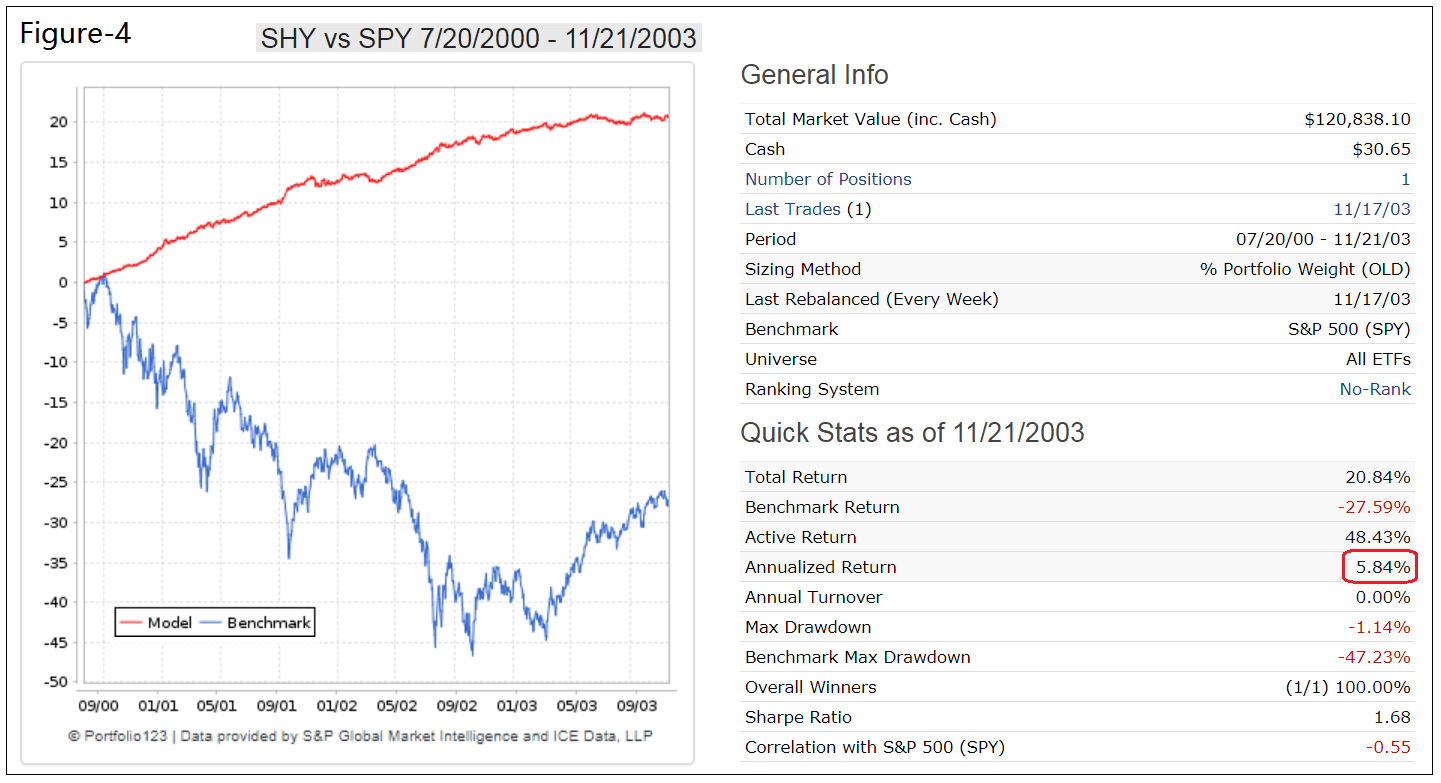 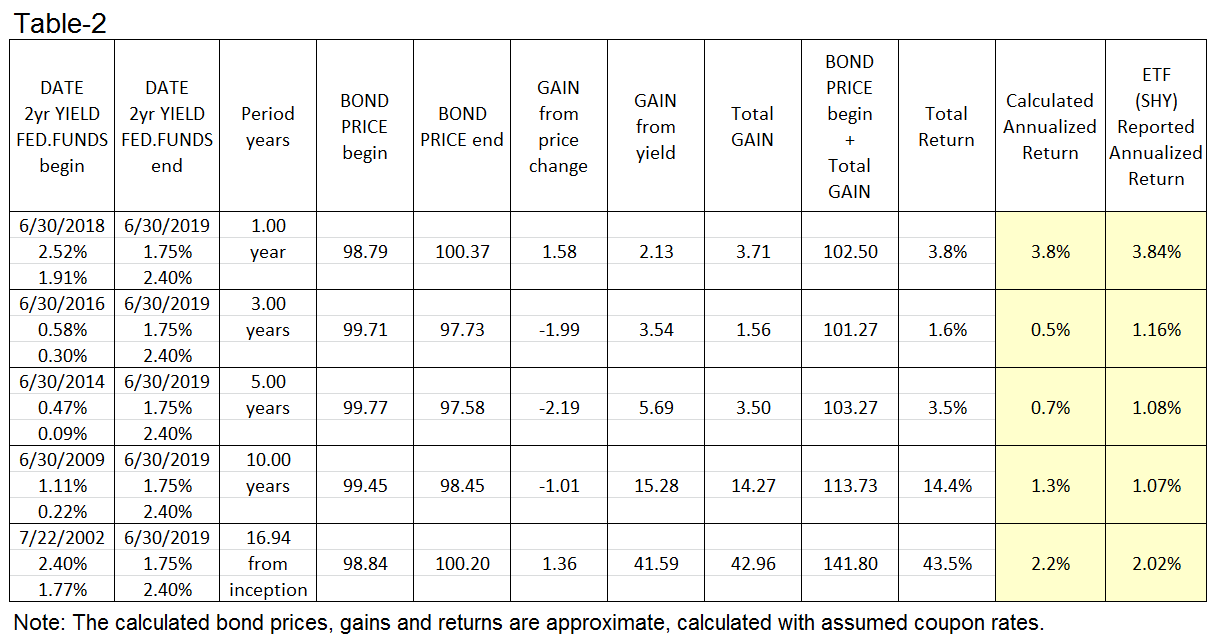 Posted on Aug 31, 2019 by Georg Vrba
← 20 Comments
With reference to Section 202(a)(11)(D) of the Investment Advisers Act: We are Engineers and not Investment Advisers, read more ... By the mere act of reading this page and navigating this site you acknowledge, agree to, and abide by the Terms of Use / Disclaimer