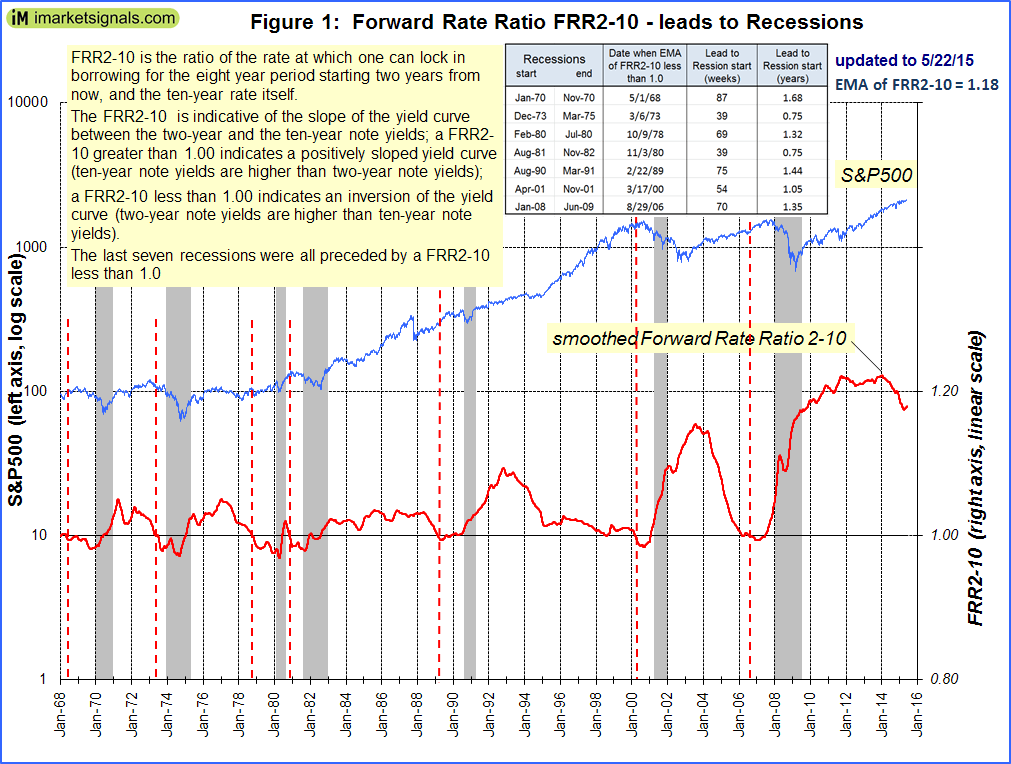 In Figure 1 the smoothed FRR2-10 shown is the exponential moving average of FRR2-10 (daily values) with a constant smoothing factor equal to 0.030. One can see that the yield curve was inverted prior to the last seven recessions (indicated by the Forward Rate Ratio between the 2- and 10-year yields being less than 1.00). Currently (June 2015) the yield curve is extremely steep with a FRR2-10 of about 1.20 indicating that we are in the expansion phase of the business cycle, far away from the next recession, as shown in Figure 2. 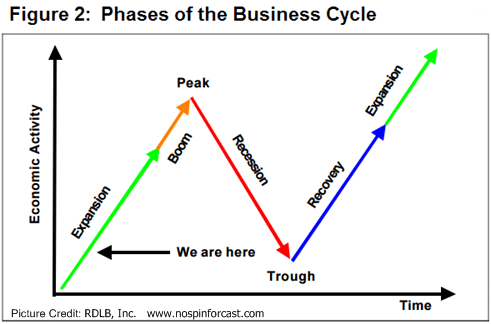 The vertical dashed red lines indicate when the smoothed FRR2-10 became less than 1.00. The dates and lead time to the subsequent recessions are shown in the table below. The minimum lead time was 39 weeks to the 1973 and 1981 recessions, with the average being 62 weeks or 14 months. 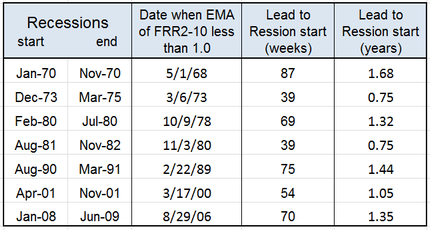 It is also apparent that the stock market showed gains for a few months after FRR2-10 became less than 1.00, synonymous with the boom phase of the business cycle.

Weekly updates of FRR2-10 are posted on our website iMarketSignals.com together with our other recession indicators BCI-Business Cycle Index, COMP and UER-Unemployment Rate.

Tagged with: Recession
Posted in blogs

Posted on May 26, 2015 by Georg Vrba
← 3 Comments
With reference to Section 202(a)(11)(D) of the Investment Advisers Act: We are Engineers and not Investment Advisers, read more ... By the mere act of reading this page and navigating this site you acknowledge, agree to, and abide by the Terms of Use / Disclaimer