The Low Frequency Timer exits the stock market when all of the following three conditions exist:

The Low Frequency Timer enters the stock market again when the iM-Standard Market Timer signals investments in stocks and at that time the performance of the Hi-Beta stocks must be greater than that of the Lo-Beta stocks of the S&P 500.

The models used in the Low Frequency Timer’s rules are described in:

The iM-Low Frequency Timer was modeled on the on-line portfolio simulation platform Portfolio 123.

The performance of the model when switching between the stocks of the S&P500 and the iShares Short Treasury Bond ETF (SHV) is shown in Figure-1 below, together with the benchmark ETF (SPY). The periods when the model was in ETF (SHV) are depicted by the near horizontal sections of the performance curve and the vertical grey bars. By avoiding being in stocks during those two periods one would have had from Jan-2-1999 to Aug-31-2018 a total cumulative return of 891% versus 236% for buy-and-hold SPDR ETF (SPY).

Figure-2 shows the performance when switching to iShares 7-10 Year Treasury Bond ETF (IEF) instead of ETF (SHV). The total cumulative return would have been 1,210%, more than 5-times that for buy-and-hold ETF (SPY). 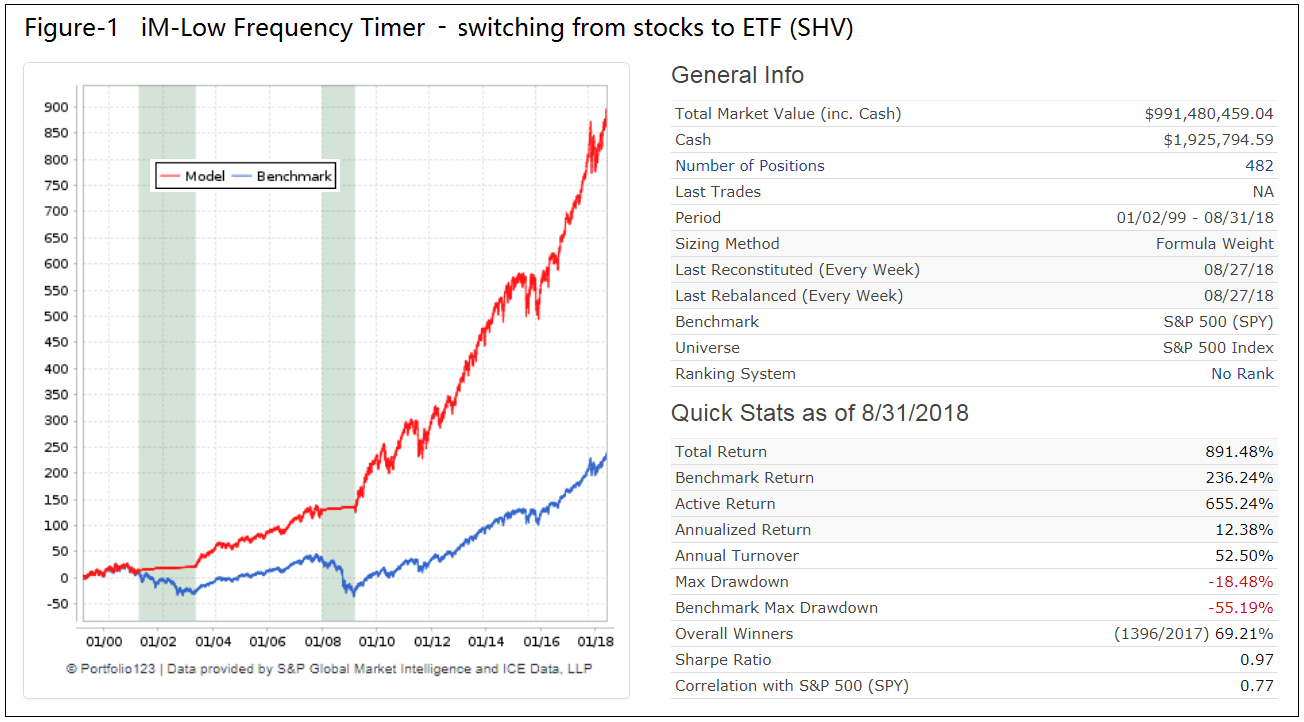 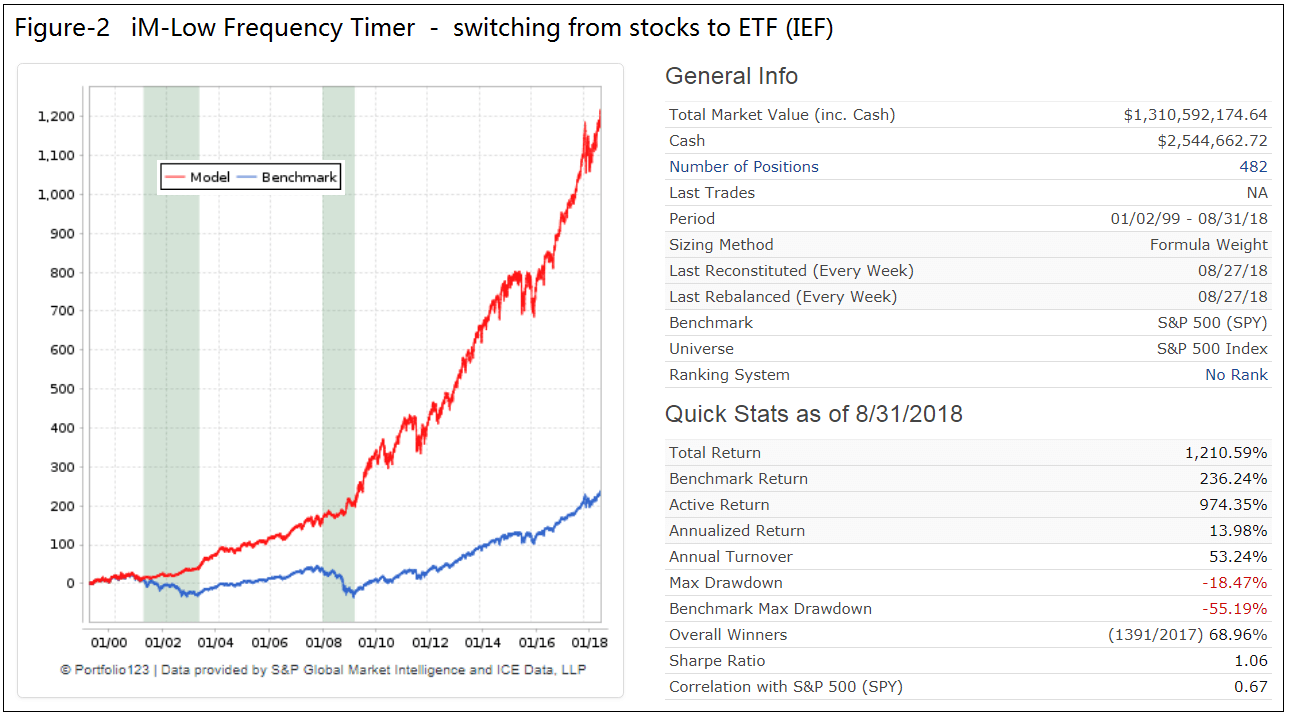 The backtests suggest that the iM-Low Frequency Timer’s signals could be a useful indicator to avoid bear markets. At iMarketSignals we will provide with the Friday weekly update if this model is invested or in cash, which may in conjunction with our other recession indicators provide advance information on possible market down-turns and, if in a recessionary period, signal a timely market entry.

The performance data shown represent past performance, which is not a guarantee of future results. Investment returns and portfolio value will fluctuate, and future signals from this model may not be as efficient as they were in the past.

24 comments on “The iM-Low Frequency Timer”

Posted on Sep 7, 2018 by Georg Vrba
← 24 Comments
With reference to Section 202(a)(11)(D) of the Investment Advisers Act: We are Engineers and not Investment Advisers, read more ... By the mere act of reading this page and navigating this site you acknowledge, agree to, and abide by the Terms of Use / Disclaimer