Profitable Market Timing with the Unemployment Rate, Backtested to 1974.

For the period 2001-2016 the buy&hold strategy no longer worked! It is likely that it will also not work in the future due to increasing stock market volatility. For this reason some investor use simple market timing, mostly momentum driven, to exit and enter the markets according to market direction. Instead of relying on just one market timer, many uncorrelated market timing strategies can be designed from the comprehensive and diverse financial data that is readily available, and then combining them in a robust composite market timing model. We designed six such component timers using following:

This article describes the first of these timers; the description of the other five can be found here.

This market timer rules are simple:

For the period 2001 to 2016, a backtest verified the performance of this timer. We used the on-line portfolio simulation platform Portfolio 123, which also provides extended price data for ETFs prior to their inception dates calculated from their proxies. 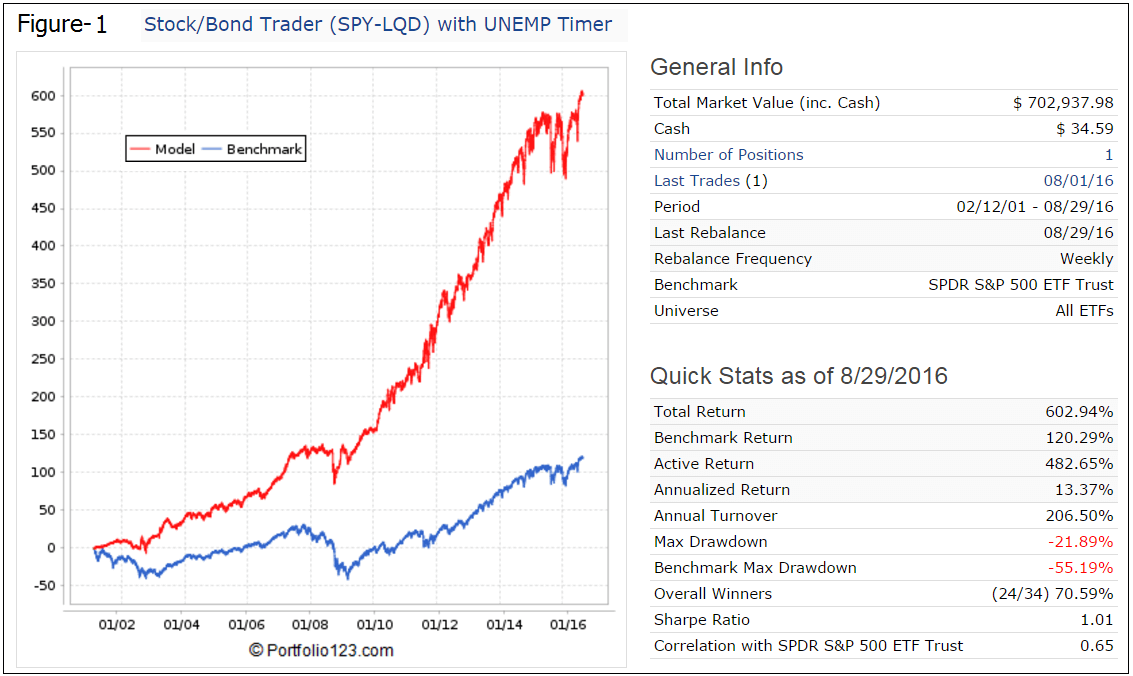 To extend this backtest we selected (VFINX) to represent the stock market performance with dividends reinvested, and (VWESX) for bonds; long term data for these are available. First we tested our choice by reproducing the P123 results in MS-Excel for the same period as the P123 backtest, and obtained 13.0% annualized return against the 13,37% of P123. Also, the total return for both analysis is equally close, 603% for the P123 backtest, and 567% for the excel analysis. (The spreadsheet analysis uses weekly data, and 14 weeks were assumed to represent 3 months. See Figure-2) 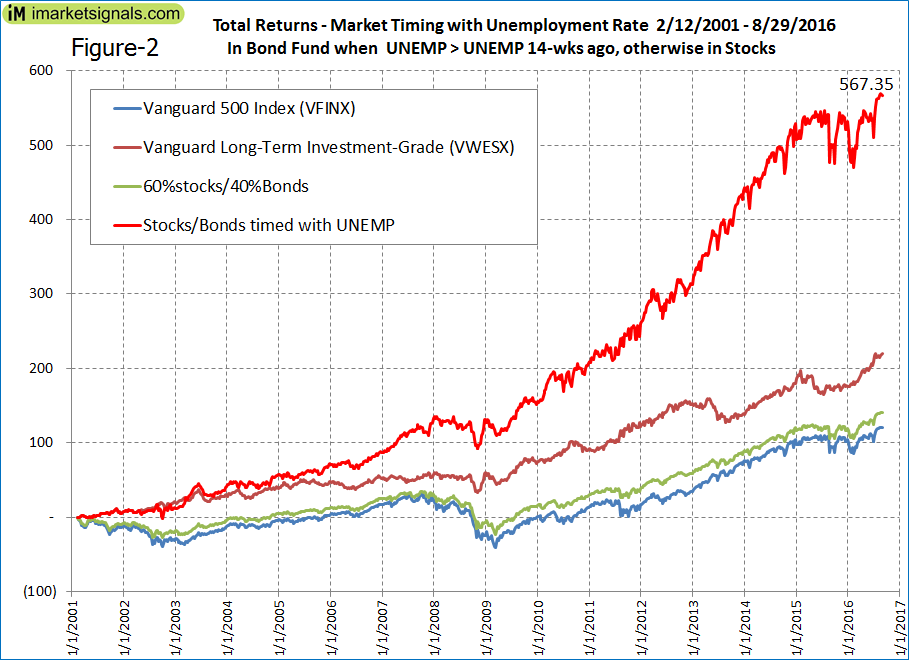 In Figure-3 the red graph represents the performance of the model from 1974 to 2016. Over this period the spreadsheet analysis of the model produced 3.0-times more than the S&P500 with dividends reinvested, and 3.7-times more than a buy-and-hold investment of 60% stocks and 40% bonds. 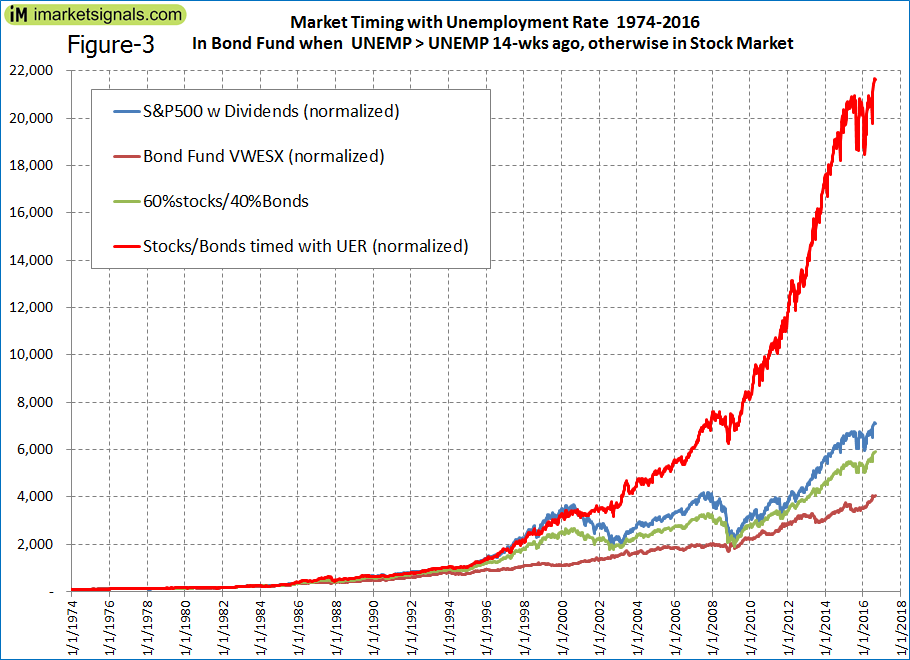 Figure-4 shows the performance from 1973 to 2001. It is plotted to a log-scale to provide a better picture of relative performance. The model closely tracked the performance of stocks, and did not provide any significant disadvantage (or advantage) over buy&hold stocks during this period. 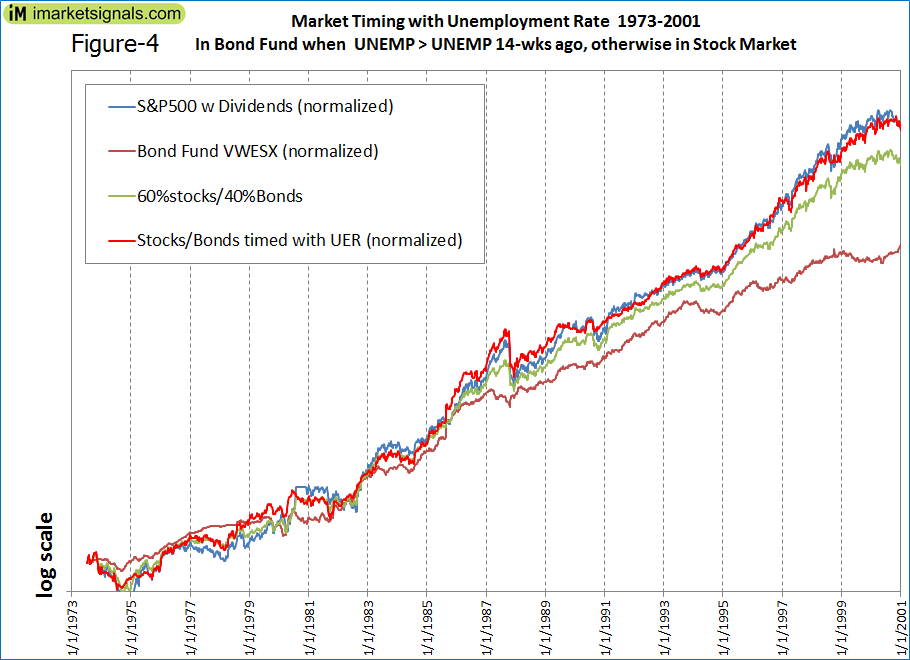 The table below shows the Annual Average Returns for various periods.

From the analysis it appears that the Unemployment Rate can profitably be used as a market timer. From 2001 to 2016 the buy&hold strategy no longer worked, and it is unlikely to work in the future as well, due to stock market volatility increasing. Timing provided the same return from 1973 to 2001 as buy&hold stocks; it can be considered free insurance against major market down-turns, as occurred from 2001 to 2003, and 2008 to 2009.

Although this model performed well over the past 16 years, there is no guarantee that it will perform well in the future too. Also, rising interest rates with concurrent diminishing returns from bonds may reduce the effectiveness of bond/stock timing models.

In the analysis we used the bond fund VWESX because it is one of the oldest funds for which we have data from inception onward. For comparison purposes, with the other timers, we show the performance with IEF in Figure 1a below. 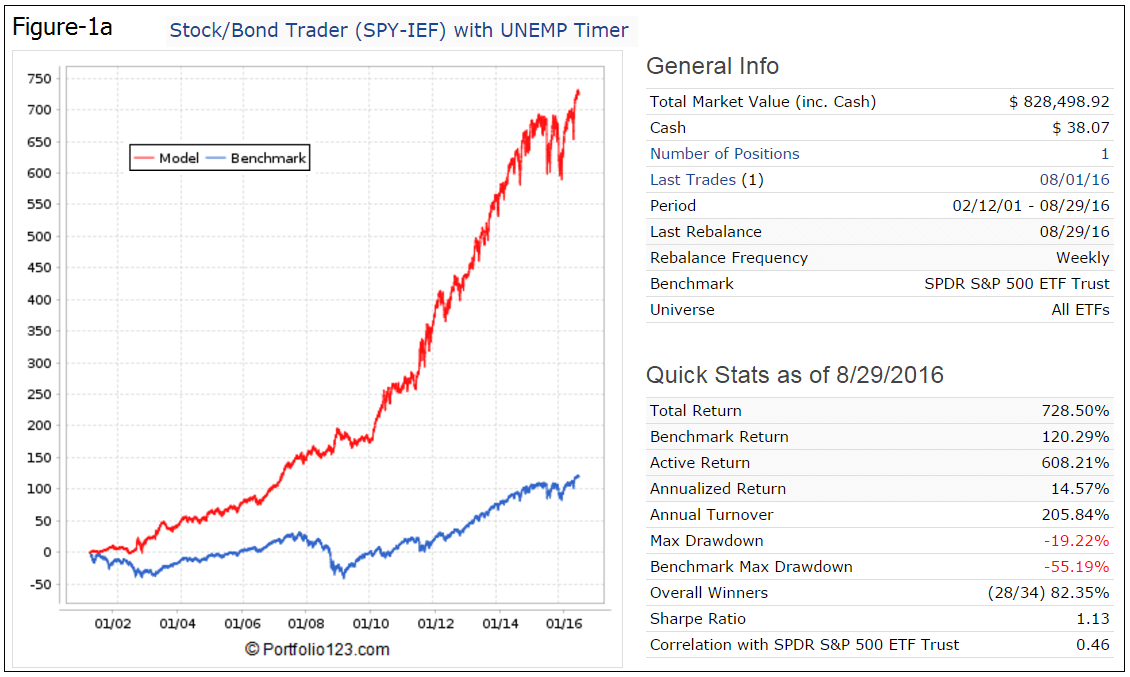 8 comments on “Profitable Market Timing with the Unemployment Rate, Backtested to 1974.”

Posted on Sep 29, 2016 by Georg Vrba
← 8 Comments
With reference to Section 202(a)(11)(D) of the Investment Advisers Act: We are Engineers and not Investment Advisers, read more ... By the mere act of reading this page and navigating this site you acknowledge, agree to, and abide by the Terms of Use / Disclaimer