Improvements to the iM HiD-LoV-7 System

In the Figures-3a and 4a the red graph represents the model and the blue graph shows the performance of benchmark SPY.  These figures can be directly compared to Figures-3 and 4 in the original model description. 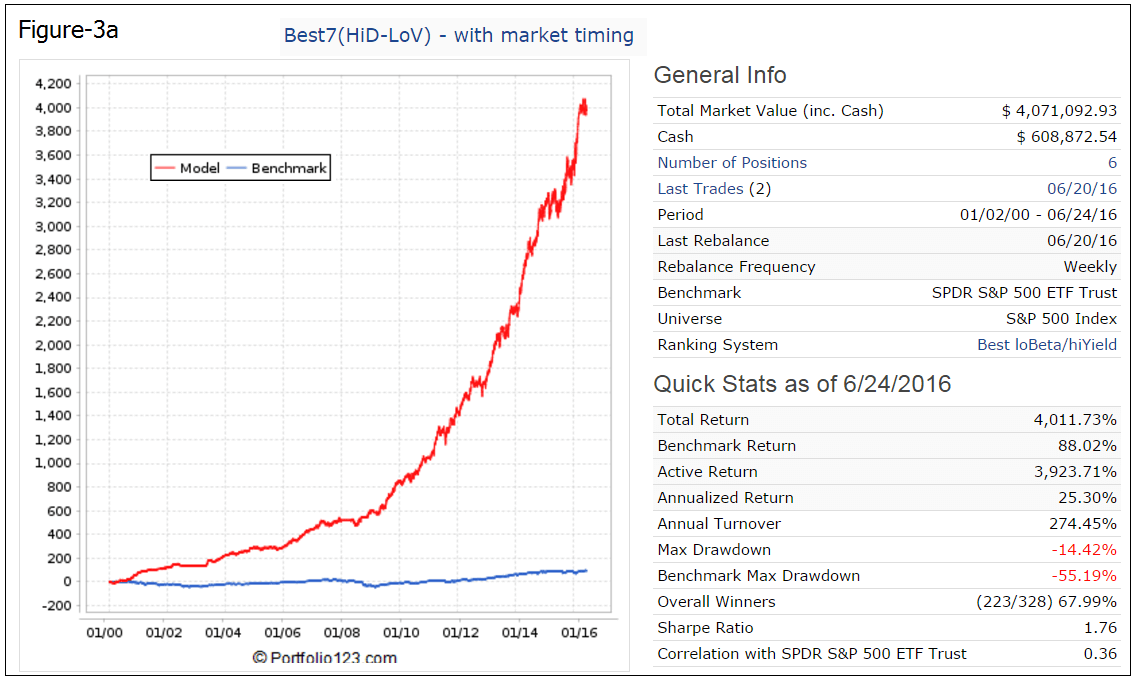 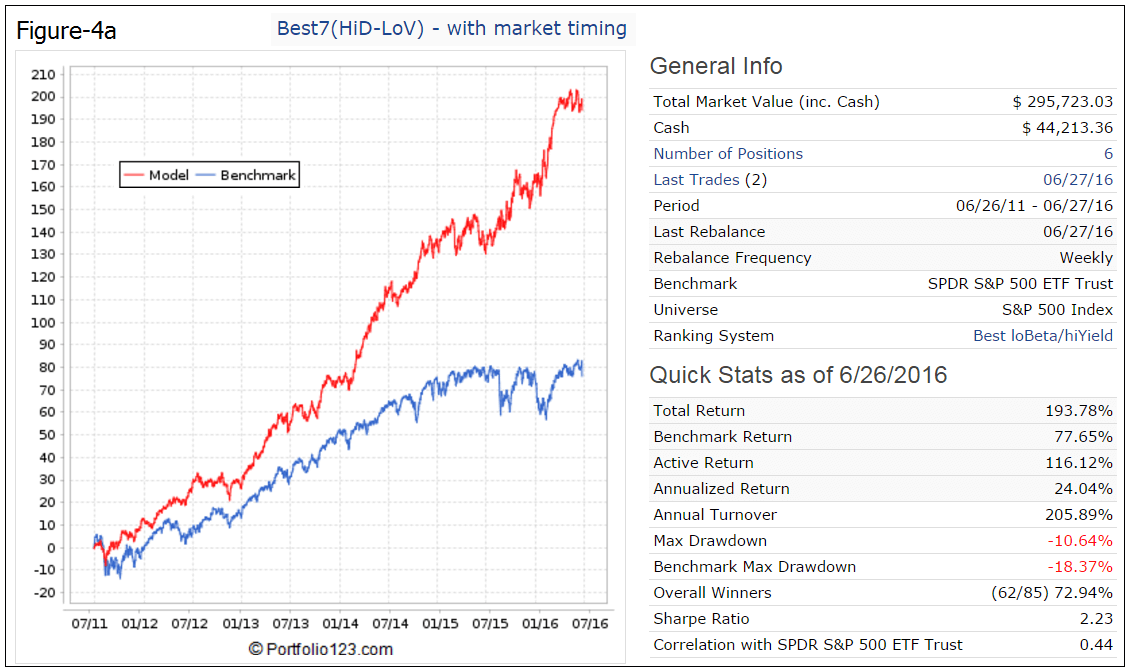 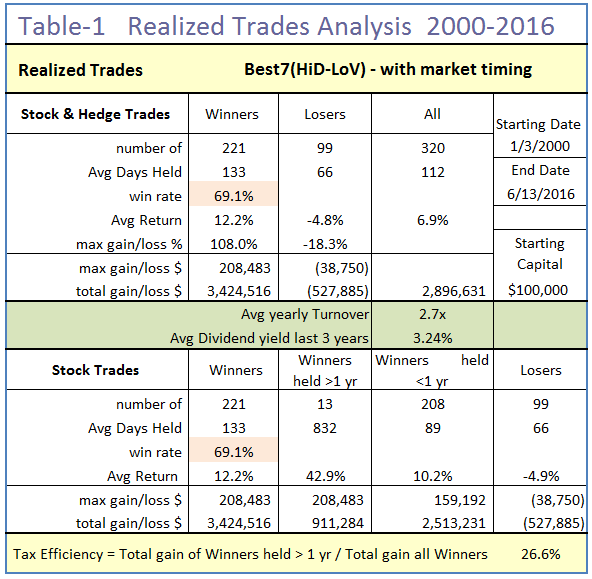 The backtests confirm that a successful strategy is to invest in high-yielding, low-volatility stocks of the S&P500 according to the HiD-LoV-7 System.  This improved model can be followed live at iMarketSignals, where it will be updated weekly together with our other trading models.

One should be aware that all results shown for the HiD-LoV-7 System are from a simulation and not from actual trading.

All information for this model and its index prior to their launch dates is back-tested, based on the methodology that was in effect on the launch dates. Back-tested performance, which is hypothetical and not actual performance, is subject to inherent limitations because it reflects application of a methodology and selection criteria in hindsight. Actual returns may differ from, and be lower than, back-tested returns.

All results are presented for informational and educational purposes only and shall not be construed as advice to invest in any assets. Backtesting results should be interpreted in light of differences between simulated performance and actual trading, and an understanding that past performance is no guarantee of future results. All investors should make investment choices based upon their own analysis of the asset, its expected returns and risks, or consult a financial adviser.

5 comments on “Improvements to the iM HiD-LoV-7 System”

Posted on Mar 11, 2017 by Anton Vrba
← 5 Comments
With reference to Section 202(a)(11)(D) of the Investment Advisers Act: We are Engineers and not Investment Advisers, read more ... By the mere act of reading this page and navigating this site you acknowledge, agree to, and abide by the Terms of Use / Disclaimer