The MAC-US Timer works as follows, with a buy signal and a sell signal triggering shifts from investment in the stock market to the money market, and vice versa.

The S&P 500 index fund is represented by a hypothetical fund SPY* based on the daily performance of the S&P 500 with dividends reinvested. SPY* was calculated by splicing the data from the SPDR S&P 500 ETF (SPY) from 1993 to 2016, the Vanguard 500 Index Fund (VFINX) from 1980 to 1993, and before that daily data of the S&P 500 adjusted for dividends with monthly dividends taken from the Shiller CAPE data.

The money market was simulated with a hypothetical fund SHV* using the daily Federal Funds Rate from 1965 to 2007 and thereafter by splicing the iShares Short Treasury Bond ETF (SHV) to it.

All trading is assumed to occur on the first trading day of the week after or when a signal from the MAC-US Timer was generated. A backtest of this model starting in 1965 provided the first buy signal for stocks on Aug-30-1965. 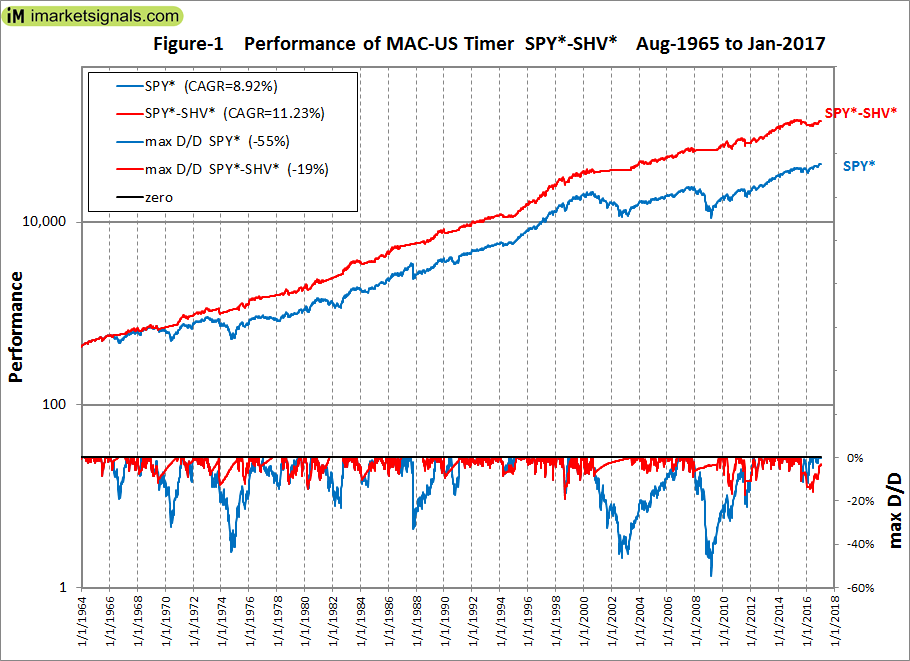 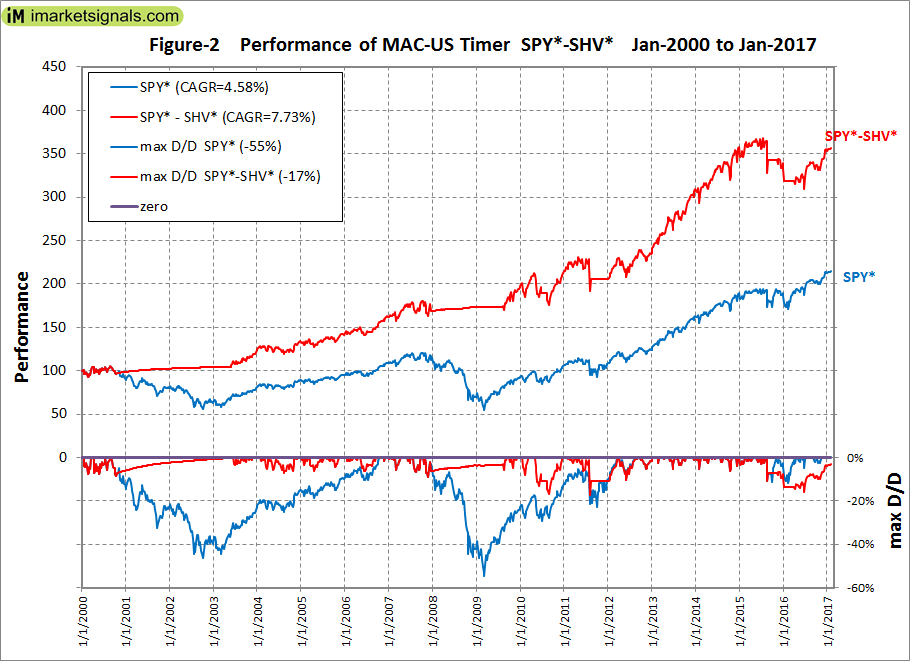 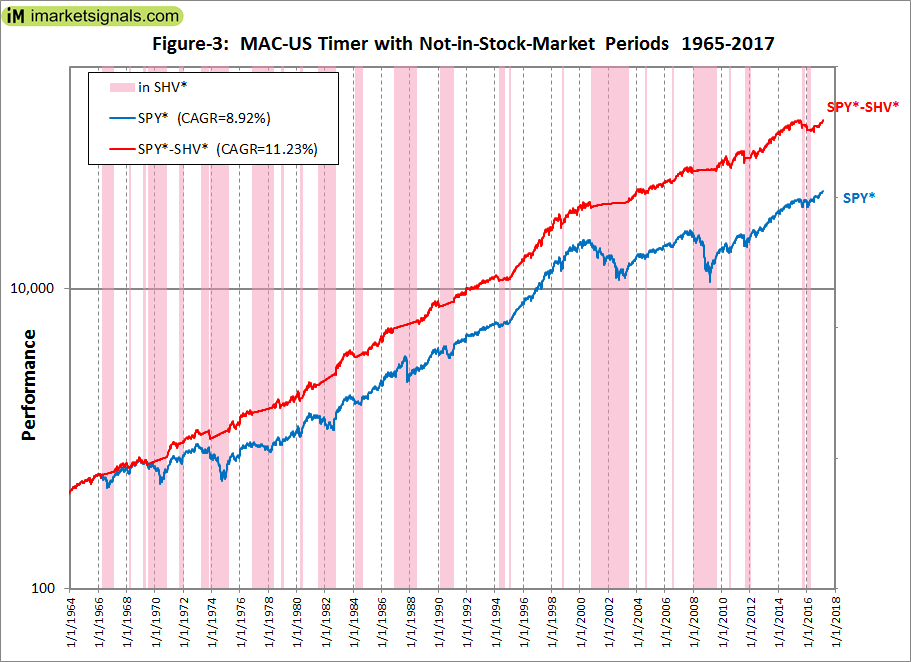 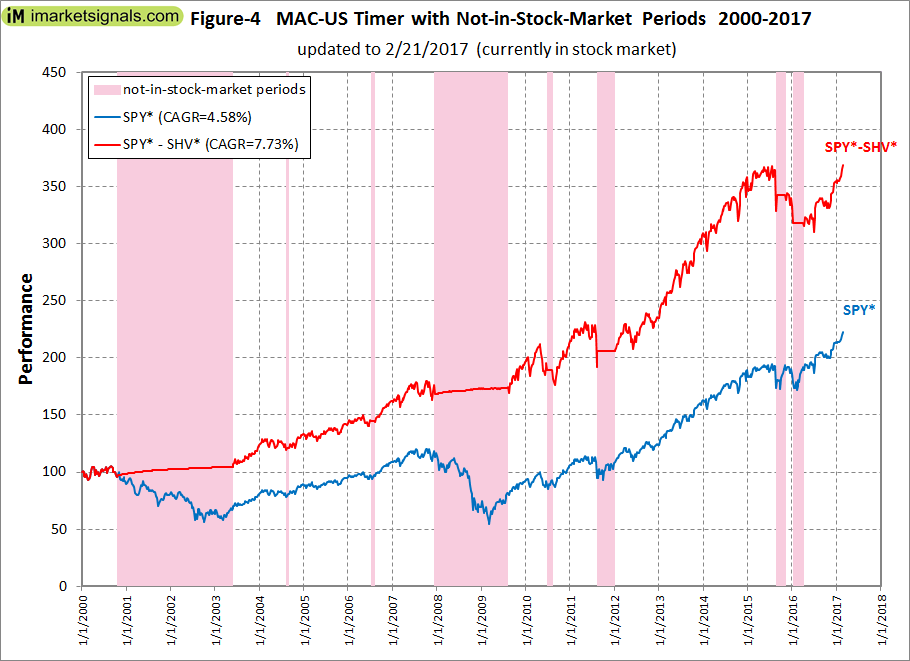 The intention was to show the most conservative performance from this model by switching from stocks to cash, which over the period 1965 to 2017 provided 2.95 times the total return of what a constant investment in the S&P 500 with dividends reinvested would have produced.

Higher returns could have been achieved by using a longer term bond fund instead of a money market fund. For example, switching to the Vanguard GNMA fund VFIIX when not in stocks the model would have shown an annualized return of 12.01% from Aug-30-1965 to Jan-30-2017, and 9.50% over the period 1/3/2000 to Jan-30-2017. The bond fund return was calculated from the daily data of VFIIX (available from Jun-27-1980), and before that from the Federal Funds Rate.

The model is simple to construct, but can also be followed live at iMarketSignals.com. Heeding the weekly signals from the MAC-US Timer should provide insurance against major stock market declines and improve investment performance over longer time.

Previous Articles on the MAC-US Timer

Posted on Feb 21, 2017 by Georg Vrba
← 21 Comments
With reference to Section 202(a)(11)(D) of the Investment Advisers Act: We are Engineers and not Investment Advisers, read more ... By the mere act of reading this page and navigating this site you acknowledge, agree to, and abide by the Terms of Use / Disclaimer