Home › blogs › Timing the Stock Market with the Shiller CAPE

Timing the Stock Market with the Shiller CAPE

The Shiller CAPE can be determined at the end of every month. Inputs are the average value of the S&P500 index for the month, earnings of the S&P500, and the Consumer Price Index. From the CAPE a market timer is developed according to a few simple rules.

The construction and rules for our CAPE-Cycle-ID model are summarized below. The rules differ from the Wong model only in respect to the investment choices and trading times.

After a combined score change, trade on the first trading day of the following week.

We simulated a hypothetical money market fund SHV* with the Federal Funds Rate from 1950 to 2007 and thereafter spliced the iShares Short Treasury Bond ETF (SHV) to it.

There were only nine periods from 1950 to 2016 when the CAPE-Cycle-ID signaled to be out of the stock market. They are listed below and are also shown by the vertical bars in Figure-3. 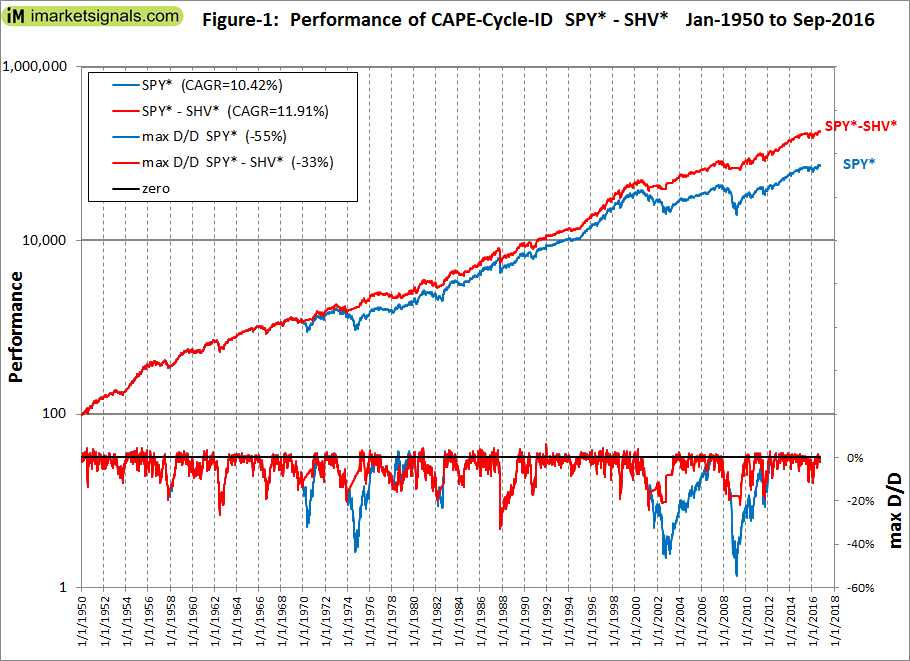 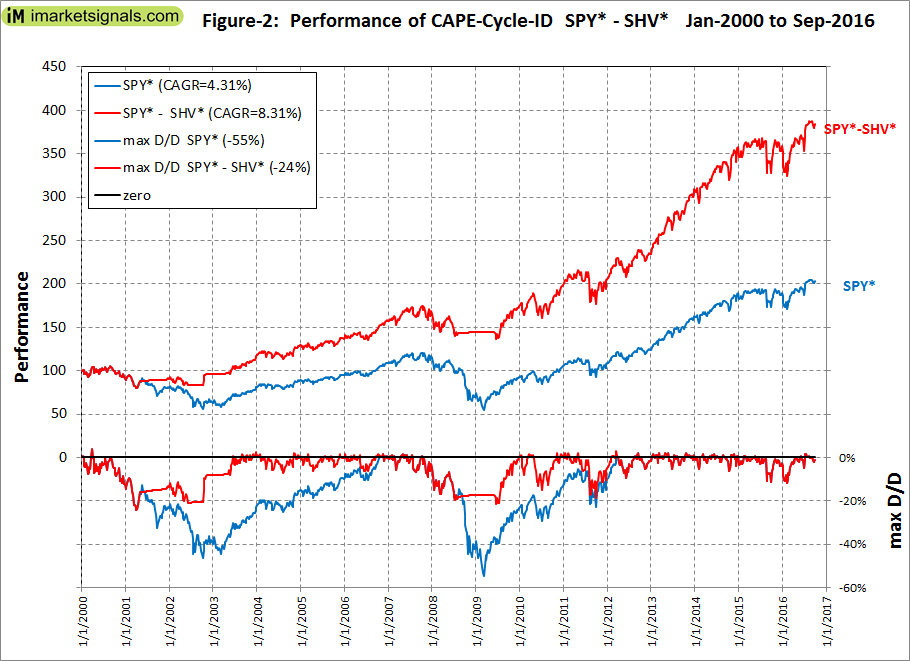 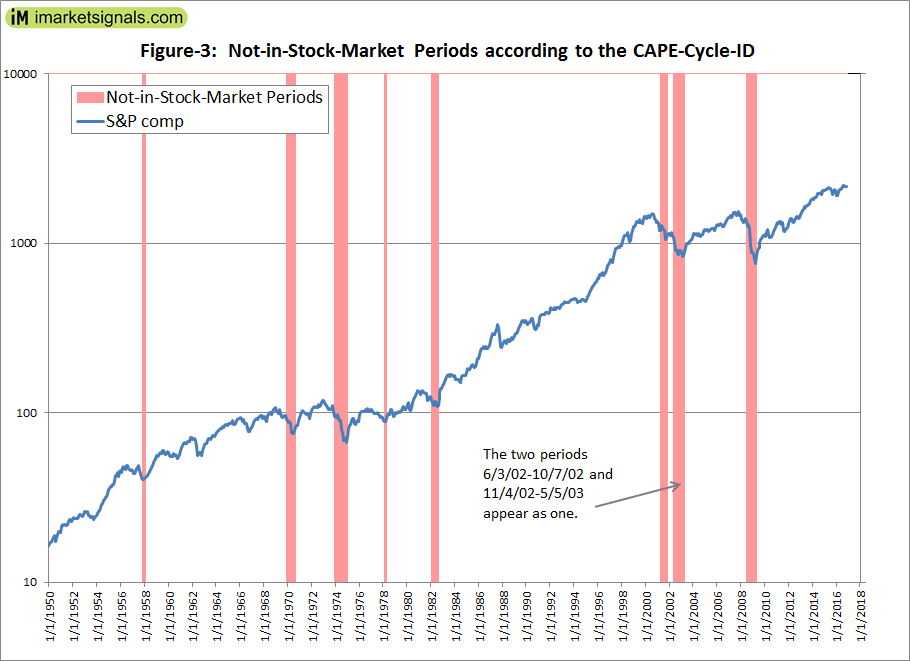 Higher returns could have been achieved by switching to longer-term bond funds instead of a money-market fund. However, we wanted to show the most conservative performance from this model, which over the period 1950 to 2016 provided 2.5-times the total return of what a constant investment in the stock market would have produced.

The model is simple to construct, but can also be followed live at iMarketSignals. Heeding the monthly signals from the CAPE-Cycle-ID should provide insurance against major stock market declines and improve investment performance.

Posted on Dec 13, 2016 by Anton Vrba
No Comments
With reference to Section 202(a)(11)(D) of the Investment Advisers Act: We are Engineers and not Investment Advisers, read more ... By the mere act of reading this page and navigating this site you acknowledge, agree to, and abide by the Terms of Use / Disclaimer