Improvement Update to the iM-Best10(VDIGX)-Trader: Trading the Stocks of the Vanguard Dividend Growth Fund – VDIGX

According to Vanguard, the Dividend Growth Fund “focuses on high-quality companies that have both the ability and the commitment to grow their dividends over time and seeks above-average current income and long-term growth of capital and income. The advisor, Wellington Management Company, LLP, invests in a diversified array of stable, well-managed companies that have a history of or a potential for growing dividends over time. Valuation is key to security selection, with the advisor preferring stocks that trade at a discount to the market or that possess an attractive risk/reward profile.”

In this 2014 article we showed by backtesting that better returns than those from the fund could be obtained by applying a ranking system to the stock holding of VDIGX (the universe), and investing periodically only in the ten highest ranked stocks, bought and sold according to certain rules.

For the live model all rules remained the same as for the original simulation, except that the model’s universe was periodically updated with the stock holding of VDIGX which Vanguard publishes approximately every three months. Three years later in this 2017 update article we showed that our initial assumption was correct.

The model assumes an initial investment of $100,000 and runs on the on-line platform Portfolio 123. Trading costs, including slippage was taken as variable, which amounts to approximately 0.10% to 0.15% of trade amounts.

The iM-Best10(VDIGX)-Trader is now 3.75 years old, and since Dec-2014 we have published trade signals, holdings and performance on our website iMarketSignals.com. The most recent performance to Feb-28-2018 is shown in Figure-1. 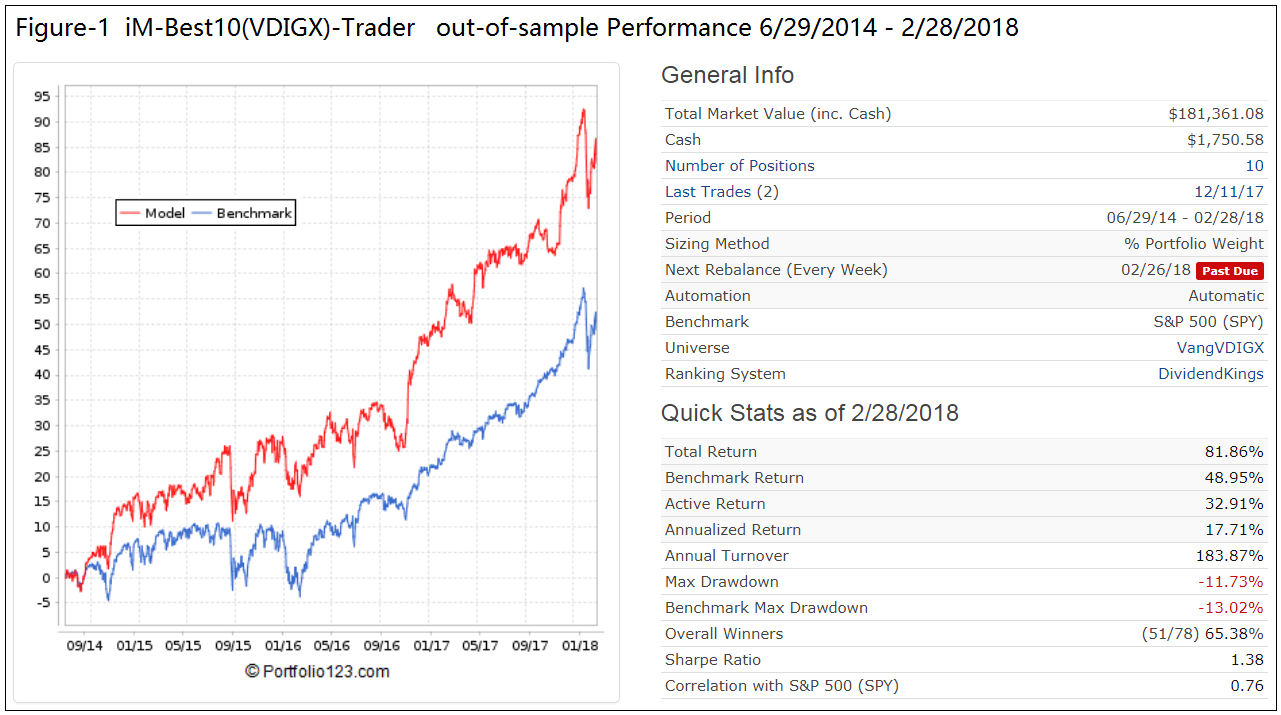 The table below shows the annualized returns for VDIGX, SPY, and the Trader.

At iMarketSignals we strive to improve our models, if possible.

Figure-2 and Figure-3 are taken from Portfolio 123 and give simulated performance statistics from 6/29/2014 to 2/28/2018 using the VDIGX universes from Sep-2015 and Jan-2018, respectively. Both simulations show similar characteristics because the VDIGX holdings do not change much over time. 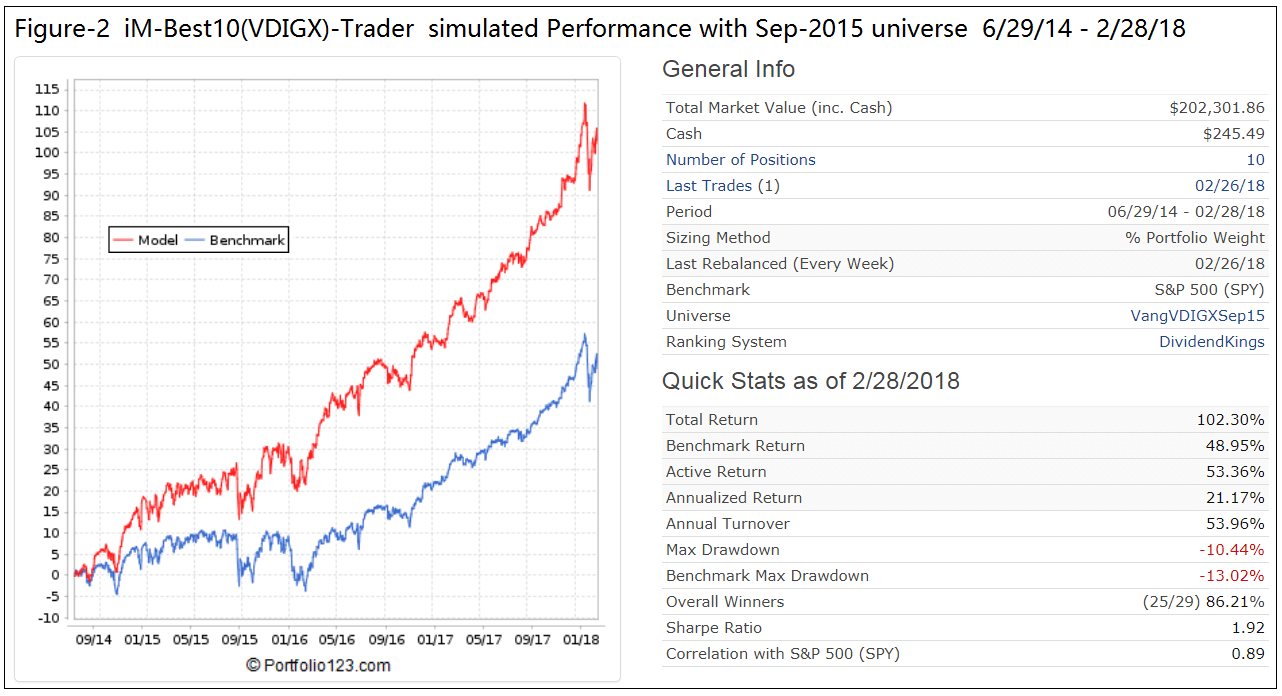 Only investing periodically in the ten highest ranked stocks of VDIGX has produced much better returns over the last 3.75 years than the fund itself. Using a new ranking system to rank the stock holdings of VDIGX and new trading rules should provide better returns in the future.

3 comments on “Improvement Update to the iM-Best10(VDIGX)-Trader: Trading the Stocks of the Vanguard Dividend Growth Fund – VDIGX”

Posted on Mar 2, 2018 by Anton Vrba
← 3 Comments
With reference to Section 202(a)(11)(D) of the Investment Advisers Act: We are Engineers and not Investment Advisers, read more ... By the mere act of reading this page and navigating this site you acknowledge, agree to, and abide by the Terms of Use / Disclaimer