This is an update to our series of articles started in 2012 assessing market valuation and estimating forward stock market returns. The most recent previous update was for end of July 2021.

Nobody knows, and the best one can do is to use the historic data (which is from Shiller’s S&P series) to guide us to make estimates for the future. From the real price of the S&P-Composite with dividends re-invested (S&P-real) one finds that the best-fit line from 1871 onward is a straight line when plotted to a semi-log scale. There is no reason to believe that this long-term trend of S&P-real will be interrupted. S&P-real, updated to end of December 2021 and the best fit line together with its 95% prediction band are shown in Figure-1. (See appendix for the equation.)

The current level of the S&P-real is 85% above the long-term trend line. A reversal to the mean trend would entail a 46% decline, possibly over a short period. But it is also possible if the upward earnings trend of the S&P 500 continues that S&P-real could reach the upper prediction band line in a few months. This would amount to a small gain from the current level. 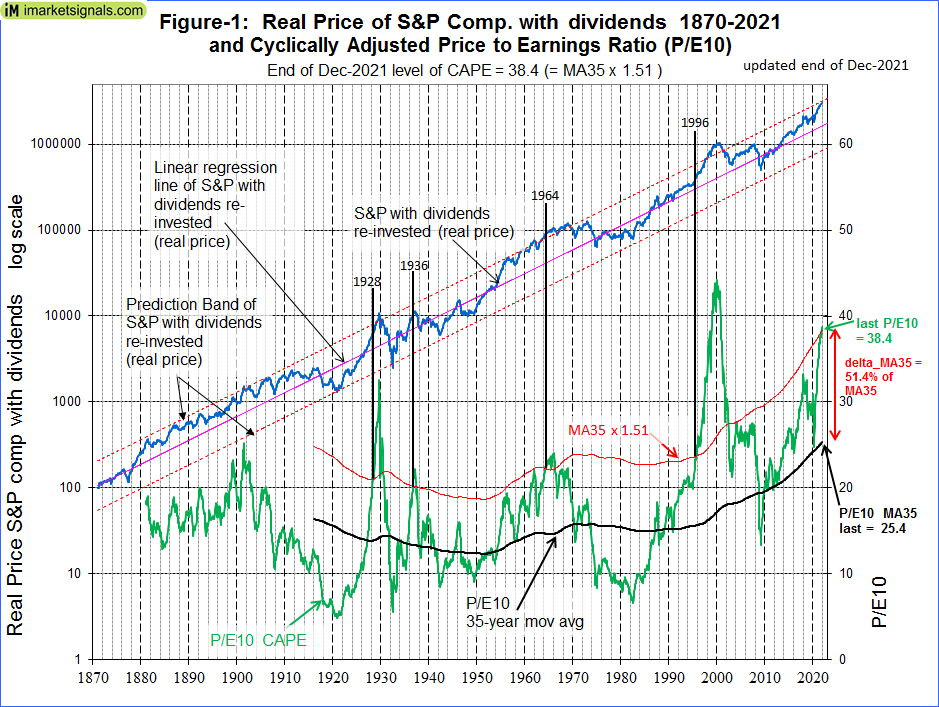 Also shown in Figure-1 are the CAPE (which is the S&P-real divided by the average of the real earnings over the preceding 10 years) and its 35-year moving average (MA35), having end of Dec 2021 values of 38.4 and 25.4, respectively. Thus the rising CAPE is 51% above the MA35 with the S&P-real close to the upper prediction band line.

Similar conditions of overvaluation (S&P-real near upper prediction band line and the CAPE moving above MA35*1.51) occurred only three times since 1916, in July 1928, October 1936, and March 1964. The average time to break even after those dates was 7.25 years as shown below. (In 1996 the level of S&P-real was close to the long term trend line, signaling fair valuation.) 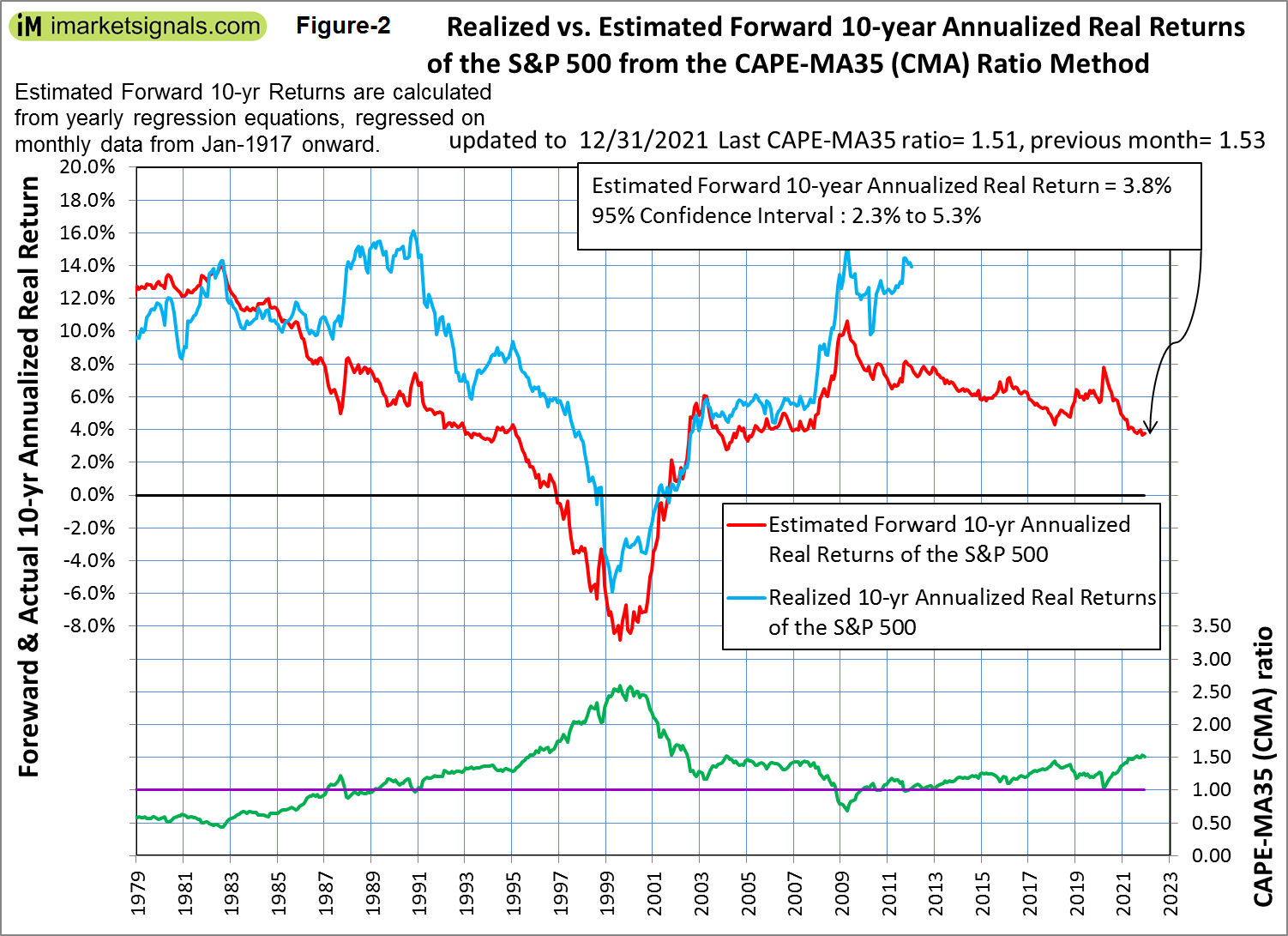 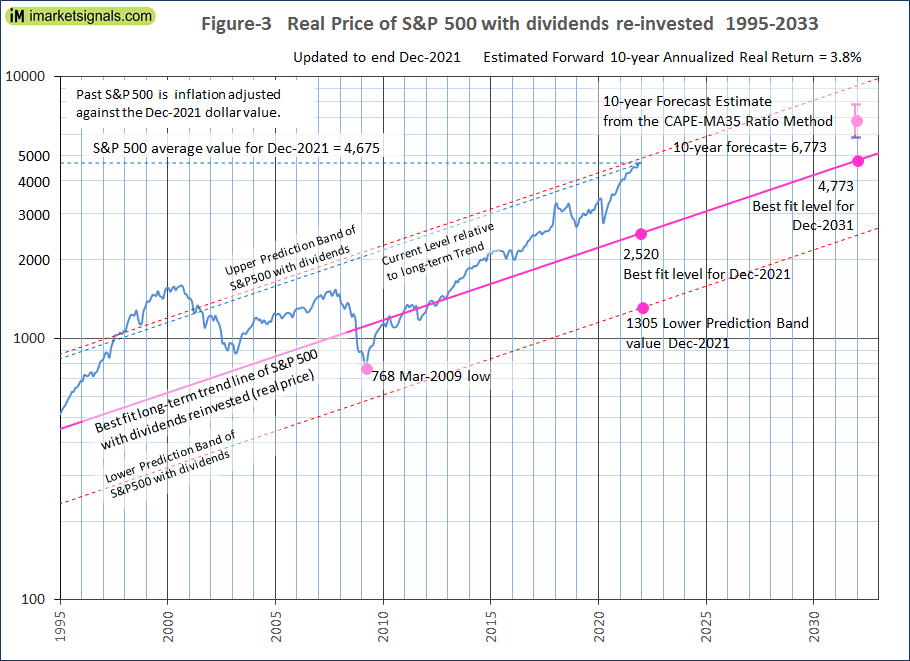 One has to monitor the CAPE-MA35 ratio, because the 10-year forward returns will get lower with increasing values of this ratio. Extreme overvaluation is signaled when the CAPE-MA35 ratio exceeds a value of 1.50, which is the current value.

Posted on Dec 31, 2021 by Anton Vrba
No Comments
With reference to Section 202(a)(11)(D) of the Investment Advisers Act: We are Engineers and not Investment Advisers, read more ... By the mere act of reading this page and navigating this site you acknowledge, agree to, and abide by the Terms of Use / Disclaimer