This $20-billion account provides direct ownership interests in commercial real estate, offering diversification beyond traditional equity and fixed-income investments with guaranteed daily liquidity. The daily value is determined by a formula resulting in very low volatility of the account’s unit value, as evidenced by the smooth performance graph of the TIAA Real Estate Account (QREARX), hereinafter further referred to as TIAAreal.

In this article we analyzed the performance of TIAAreal which recorded a minimum 1-year Rolling Return of -35% as shown by the red graph in the chart below. This chart is similar to our monthly update posting at iMarketSignals.com and is marked as Fig-1. 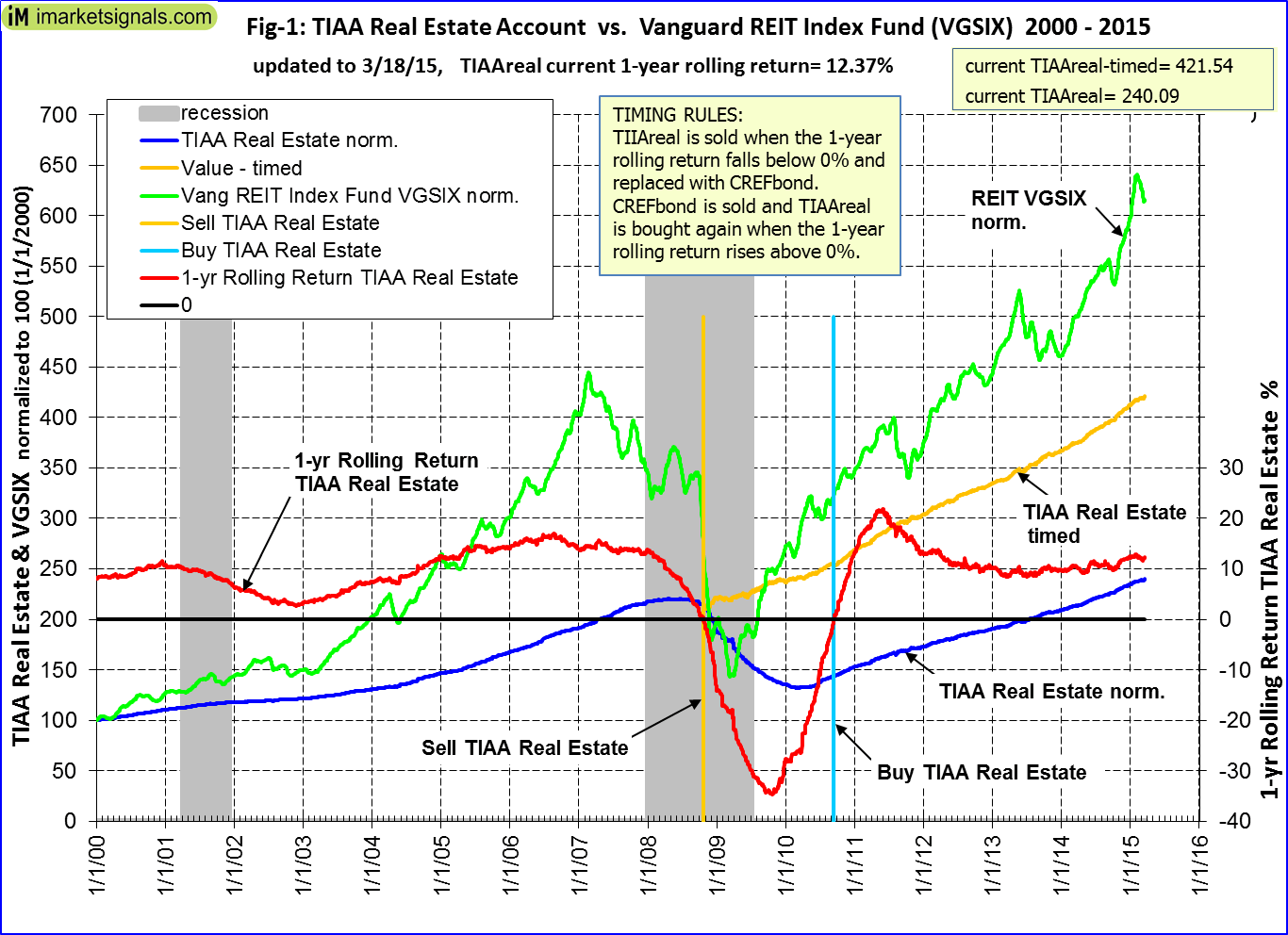 The blue graph depicts the performance of TIAAreal normalized to 100 at the beginning of the year 2000. The yellow graph shows the performance with timing and assumes that funds were invested in the CREF Bond Market Account (QCBMRX) during the time when not invested in TIAAreal. This would have resulted for an initial $100 investment to grow to $421, whereas a static investment in TIAAreal would only be worth $240 at the end. 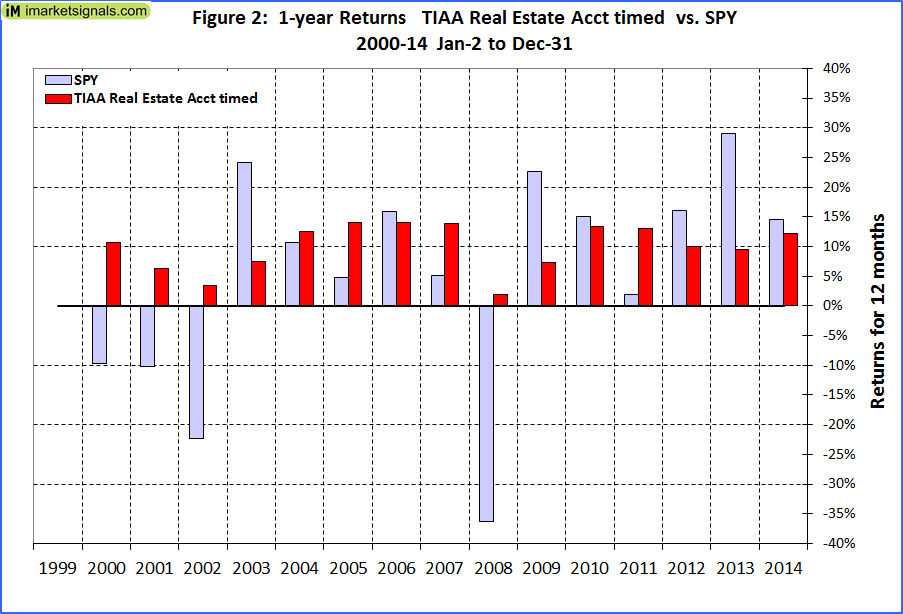 Figure-2 shows the calendar year returns. TIAAreal-timed always would have had positive returns, even in 2008 when there were huge losses for the broader market. 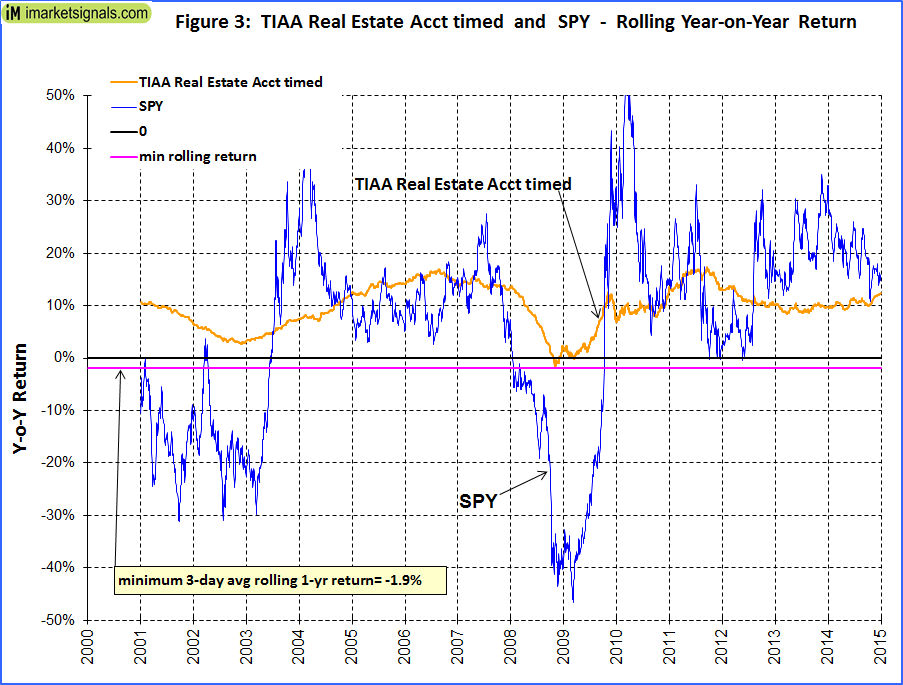 Figure-3 shows the rolling year-on-year return. Only for a very short period at the end of 2008 would the return have been slightly negative. At the end of 2014 the rolling return was over 12% comparing favorably with that of SPY. 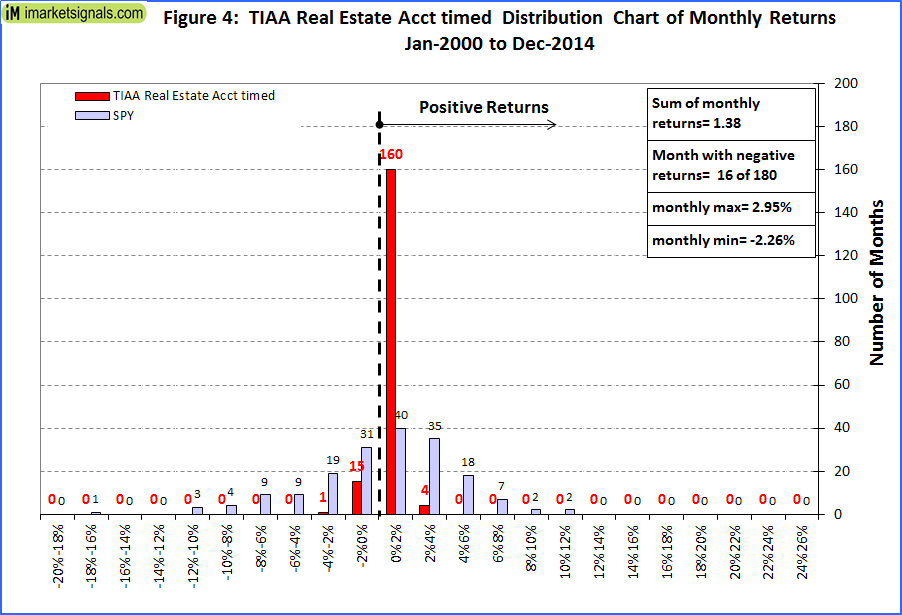 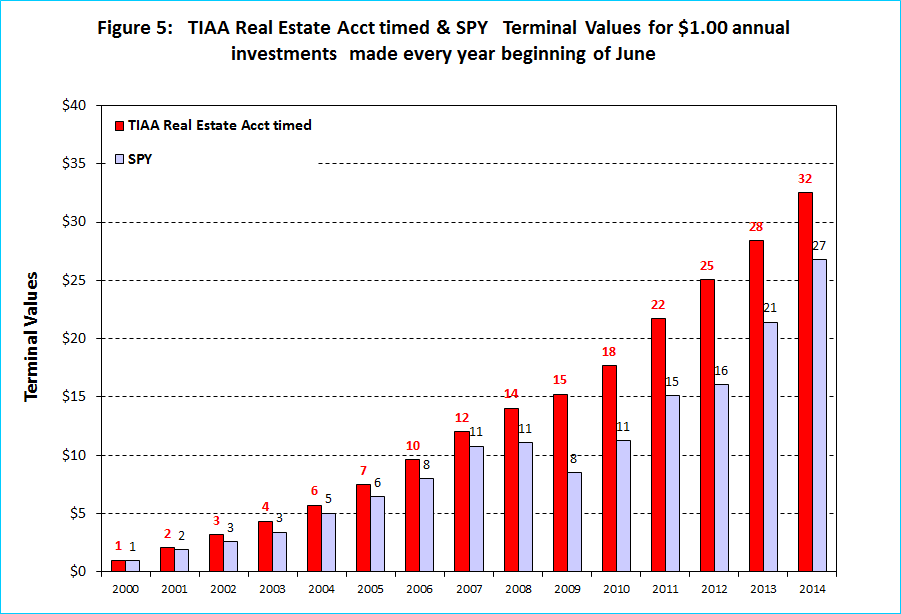 To simulate savings over time, terminal values were calculated for annual hypothetical investments of $1. Starting with a dollar during each of the 15 years from 2000 to 2014, one would have invested a total of $15 cumulatively by the end. Summing the terminal values, this strategy would have netted this dollar-per-year investor $32 at the end. Following the same strategy but investing in SPY, one would have only $27.

The high Sharpe and Sortino ratios for TIAAreal-timed indicate that this should be a low-risk investment.

Monthly updates of performance are posted on our website.

Posted on Mar 30, 2015 by Georg Vrba
← 20 Comments
With reference to Section 202(a)(11)(D) of the Investment Advisers Act: We are Engineers and not Investment Advisers, read more ... By the mere act of reading this page and navigating this site you acknowledge, agree to, and abide by the Terms of Use / Disclaimer