The modified Coppock indicator will produce a buy signal for Gold within a few weeks. This is the result of various projections using random numbers between -$20 and +$30 and -$30 and +$20 for the weekly change of the gold price, representing upward- and downward trends for the metal’s price, respectively.

In this August 2012 article an analysis showed that one could expect a Coppock buy signal possibly as early as December 2013, but not much later than March 2014. The most recent projection now shows that with high probability a buy signal will emerge by the end of March 2014, as shown in Figure 1 below, and that the gold price could approach $1,600 by the end of 2014 assuming an upward trend for the gold price. 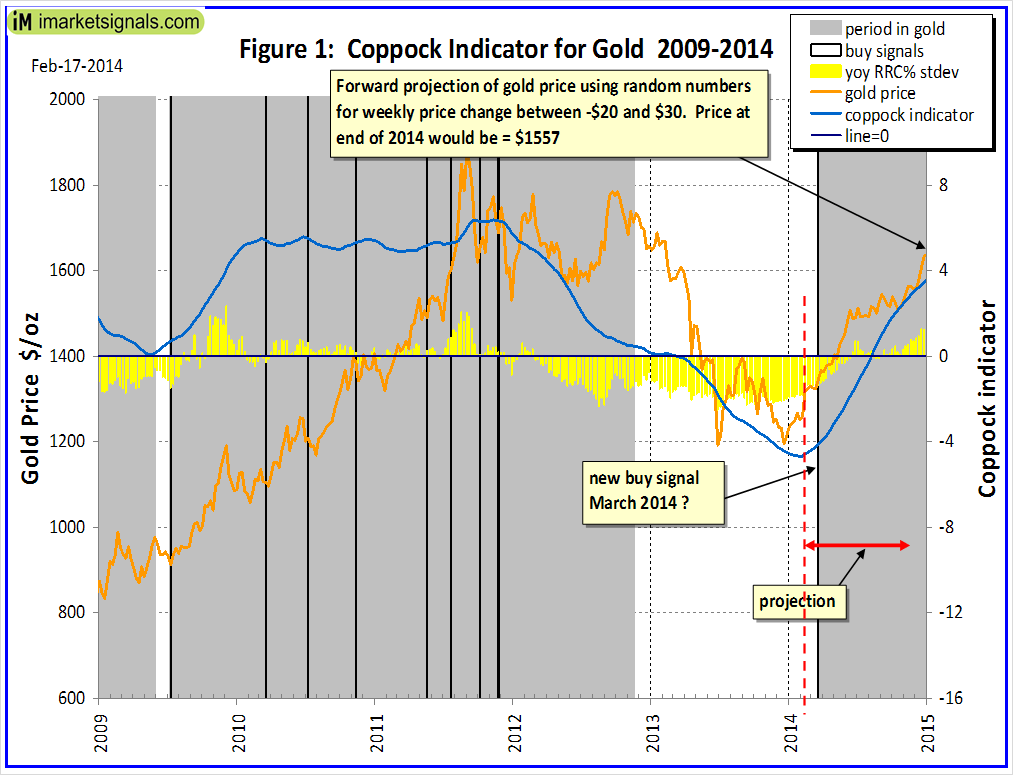 Additionally, the iM-Best Gold Timer model has generated a buy signal at the end of December-2013 after being almost three years out of Gold.  The model uses the SPDR® Gold Shares ETF: GLD, and the economic indicators Federal Funds Rate, 10-year Treasury Note yield, and the S&P500 Estimated Earnings Yield. The benchmark is the Specialty Index SP1500 Gold, representing the gold miners in the S&P1500.  The ETF GLD has already gained about 10% since the date of the buy signal to the middle of February-2014.

Using the Portfolio123 platform the iM-Best Gold Timer  (click for more details) was backtested from Jan-2-2000, as this was the first full year when the algorithm had access to all the required economic indicators from the database of the web-based simulation platform where the backtest was performed.  The timing algorithm was partly based on my research reported in this article. 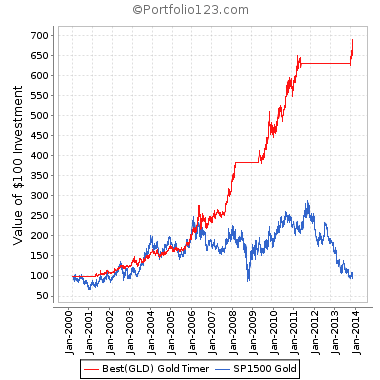 Posted on Feb 18, 2014 by Georg Vrba
← 7 Comments
With reference to Section 202(a)(11)(D) of the Investment Advisers Act: We are Engineers and not Investment Advisers, read more ... By the mere act of reading this page and navigating this site you acknowledge, agree to, and abide by the Terms of Use / Disclaimer