Home › blogs › Gold: When Will the Next Buy Signal Emerge?

Gold: When Will the Next Buy Signal Emerge?

Gold may have recently bottomed and is currently in backwardation, possibly an indication that the price could increase in the months ahead.  Since nobody knows the future let us assume that the gold price could change between -$20 and +$30 each week, this representing an upward price trend for the metal.  Using random numbers between those limits for each weekly change in price, then one can construct numerous future scenarios of the gold price.  Also one can use the modified Coppock indicator to identify the next buy signal based on these projections.

A positive scenario is shown in Figure 1. The gold price could be about $1,460 at the end of this year, and a Coppock buy signal would be generated in January 2014. 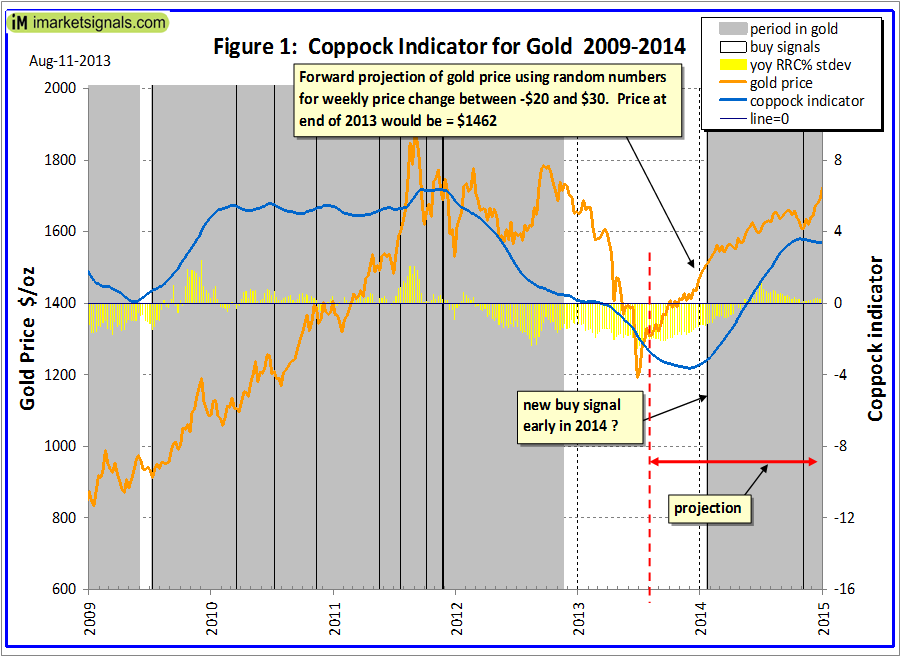 Equally possible is a less positive scenario derived from the same random number generator.  This is shown in Figure 2, with the price being about $1,360 at the end of this year, and the Coppock buy signal would emerge in March 2014. 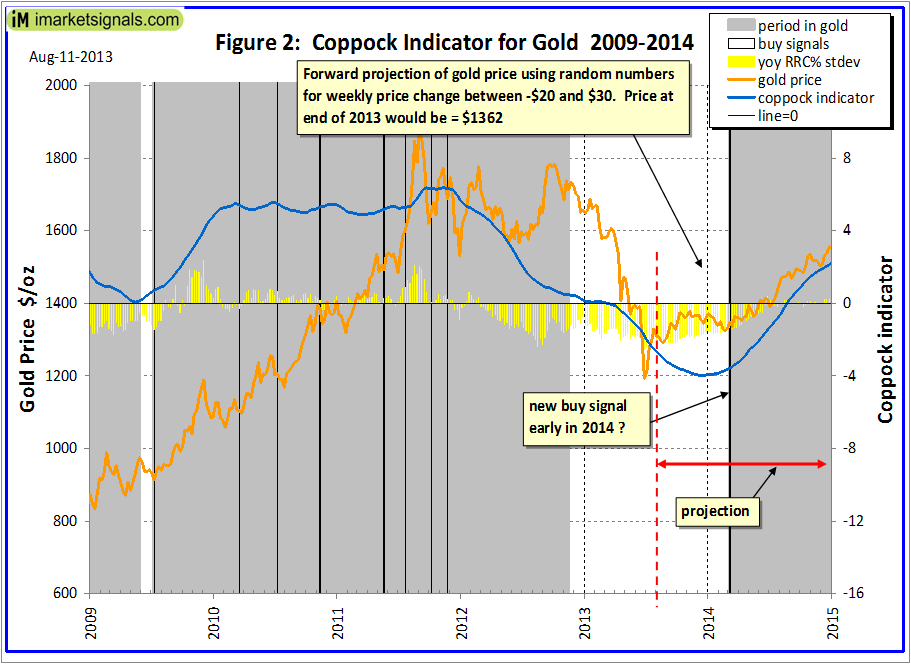 Since gold is currently in an oversold position it is quite possible that it will continue to move strongly to the upside, perhaps moving to $1,700 by the end of this year, with a buy signal emerging in December 2013, all as shown in Figure 3; the strong positive trend for the weekly change in the price being derived from random numbers ranging from -$20 to +$40. 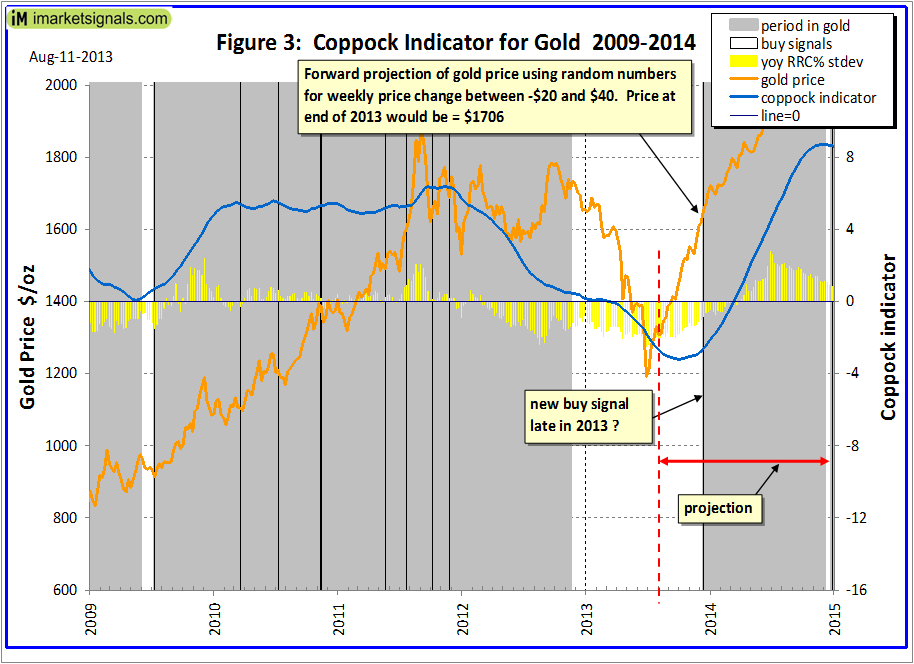 So if gold continues to gain, then we can expect a Coppock buy signal possibly as early as December 2013, but not much later than March 2014.

First published August 12, 2013 by dshort Advisor Perspective Gold: When Will the Next Buy Signal Emerge?

One comment on “Gold: When Will the Next Buy Signal Emerge?”

Posted on Aug 23, 2013 by Georg Vrba
← 1 Comment
With reference to Section 202(a)(11)(D) of the Investment Advisers Act: We are Engineers and not Investment Advisers, read more ... By the mere act of reading this page and navigating this site you acknowledge, agree to, and abide by the Terms of Use / Disclaimer