Using the investment periods determined for the US market with the iM-Best(SPY-SH) Market Timing System, we calculated performance figures for 9 major country indices. The system, if followed, would have improved returns from all markets.  From January 2000 to August 2013 with market timing, the best performing index in local currency was IBOVESPA – Brazil, and in US-dollars the DAX – Germany, closely followed by Brazil.

Generally buy-and-hold performance was poor for most markets, except for Australia, South Africa and Brazil. For buy-and-hold, in local currency and US-Dollars the best performing index was JALSH – South Africa.  The American, European and Japanese markets all had negligible or negative returns, only South Africa, Brazil and Australia produced somewhat reasonable positive returns, as can be seen in Table 1 and 2.  Interestingly, the best performing markets were all in the southern hemisphere.

Had one been invested only during the periods when Best(SPY-SH) was long SPY (as listed in Table 3 of  iM-Best(SPY-Cash) Market Timing System) and stayed in cash at all other times, then the annualized returns from all markets would have improved on average by about 10.8%.  Furthermore the maximum draw-downs would also have been significantly lower, as shown in Table 1 and in Figures 1 to 9.  The incremental gain from the South African would have been least, while investor in the German market would have gained most by applying the system.

As shown in Table 2, a US based investor with equal initial dollar investments in all 9 markets would have had an average annualized return of  3.81% for buy-and-hold, versus 14.35% for market timing, all better than the return from the S&P500 alone.  Dividend and interest income is not included. 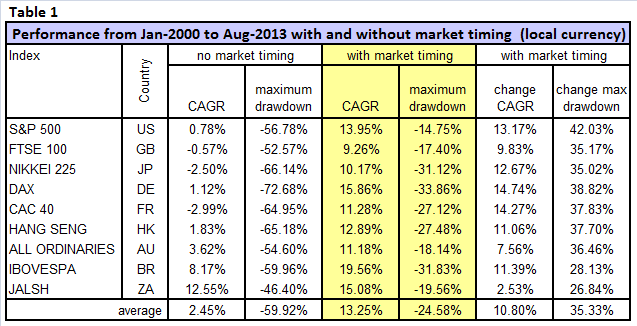 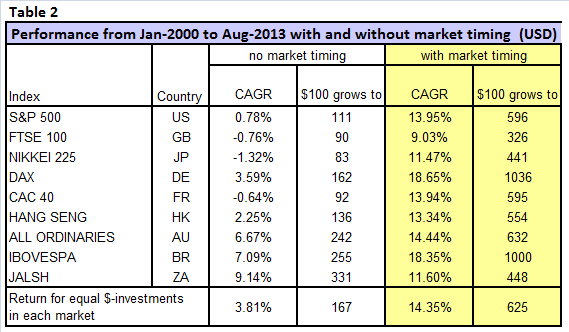 From this analysis it would appear that the signals from the Best(SPY-SH) Market Timing System could be applied successfully to most major markets, not just to the US market for which it was designed.  Additionally, the benefits of investment diversification among the major markets was demonstrated, with- and without market timing. 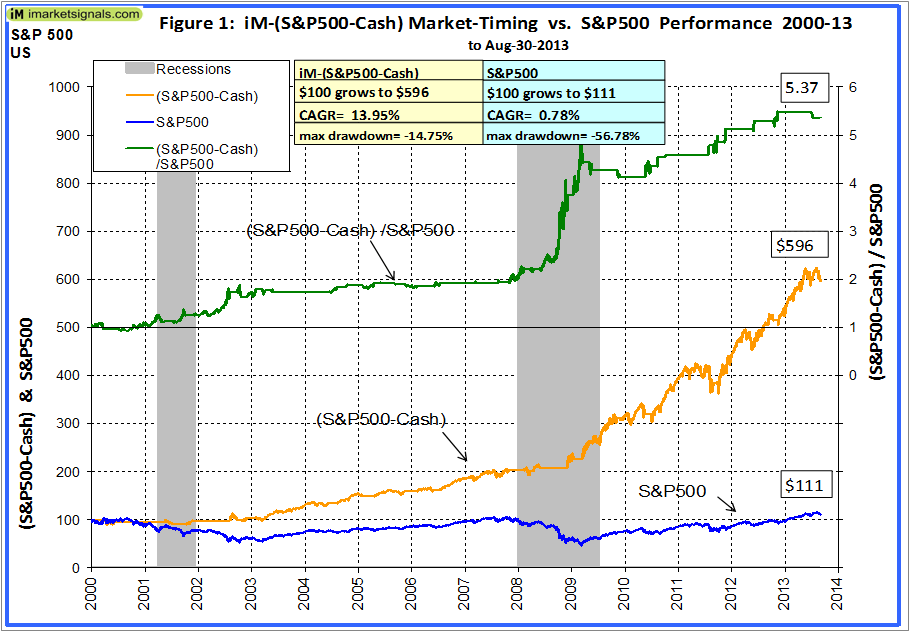 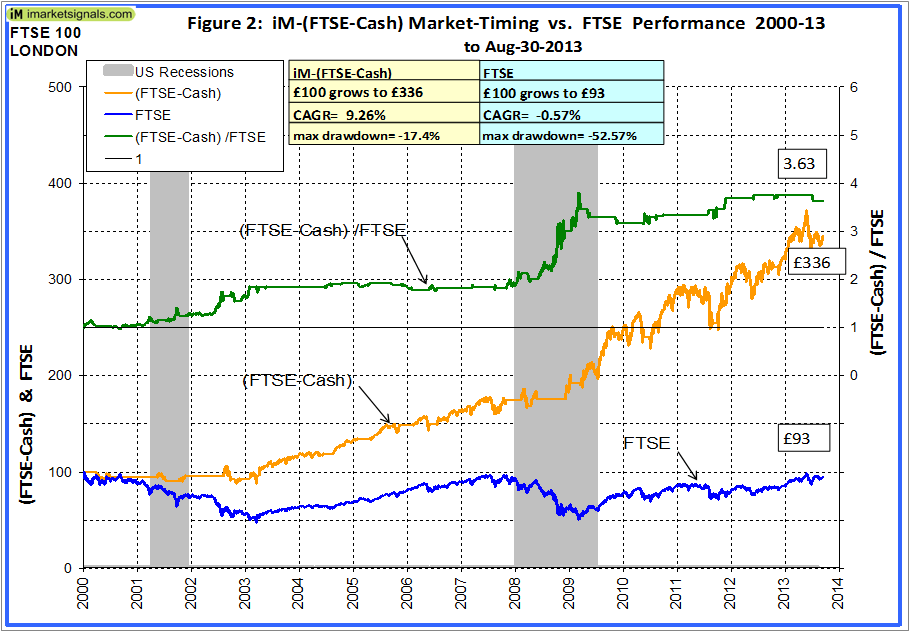 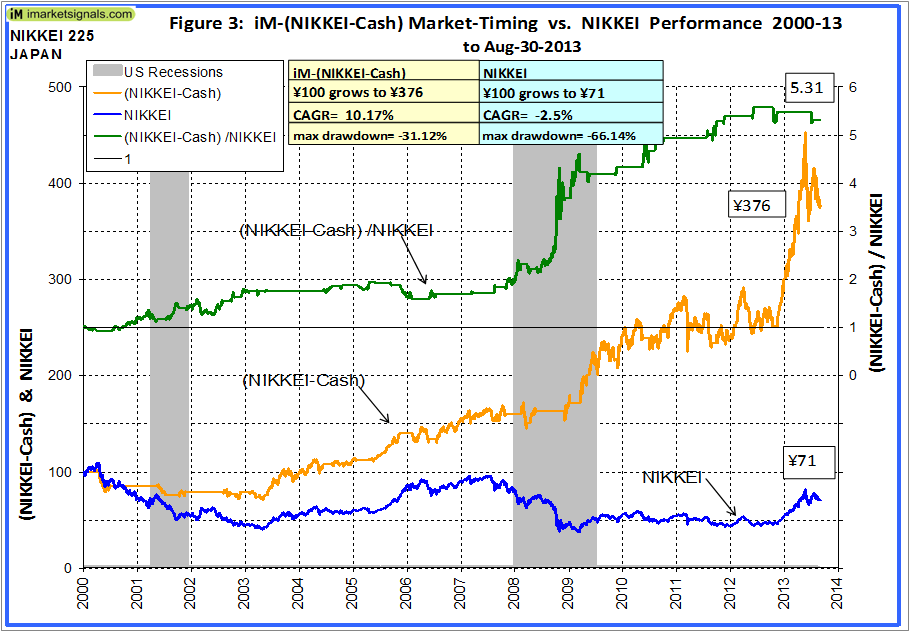 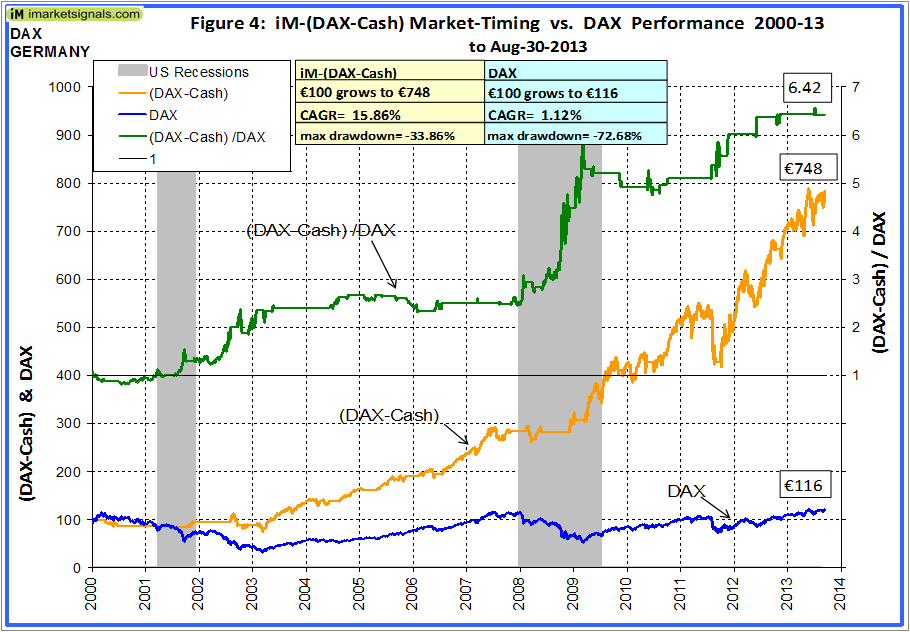 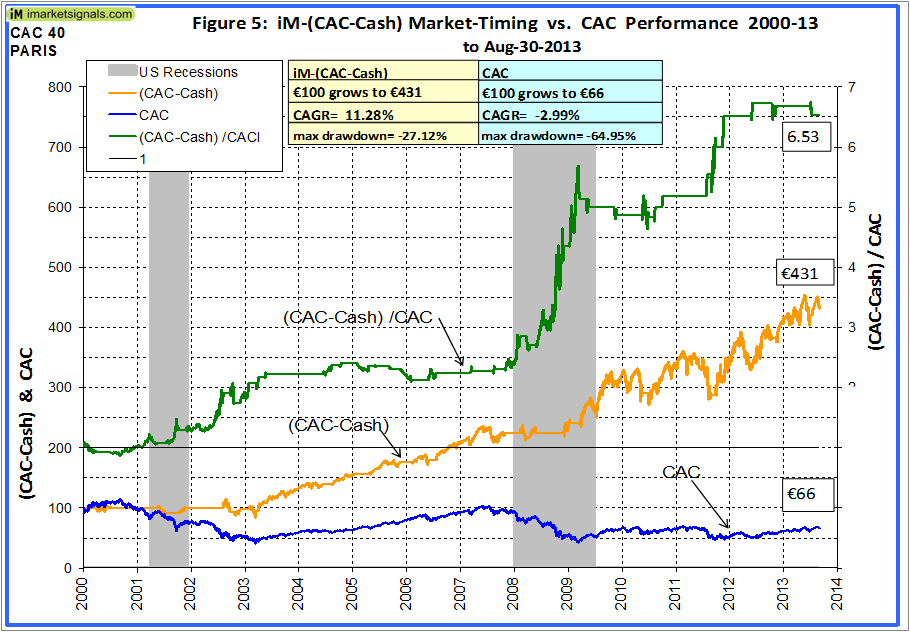 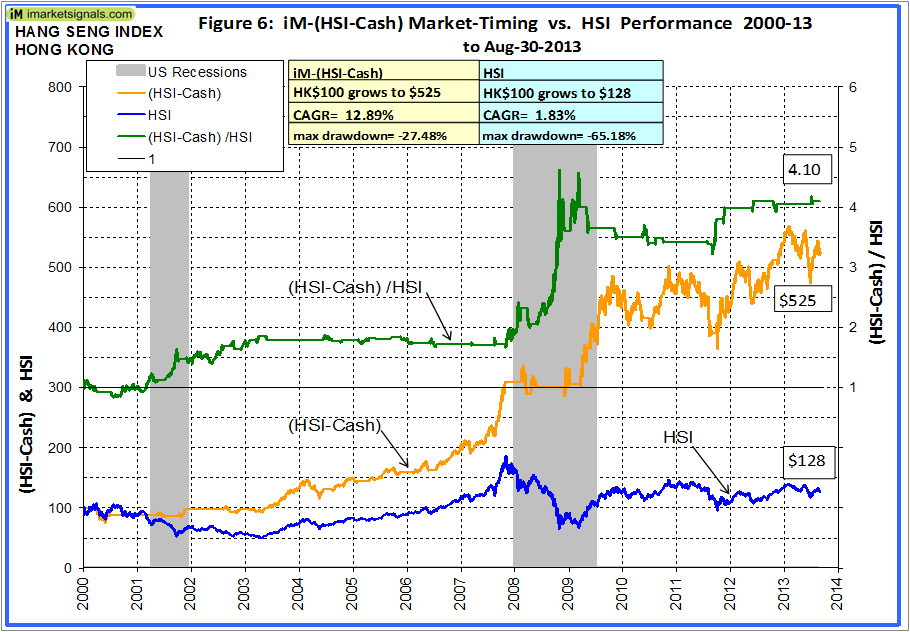 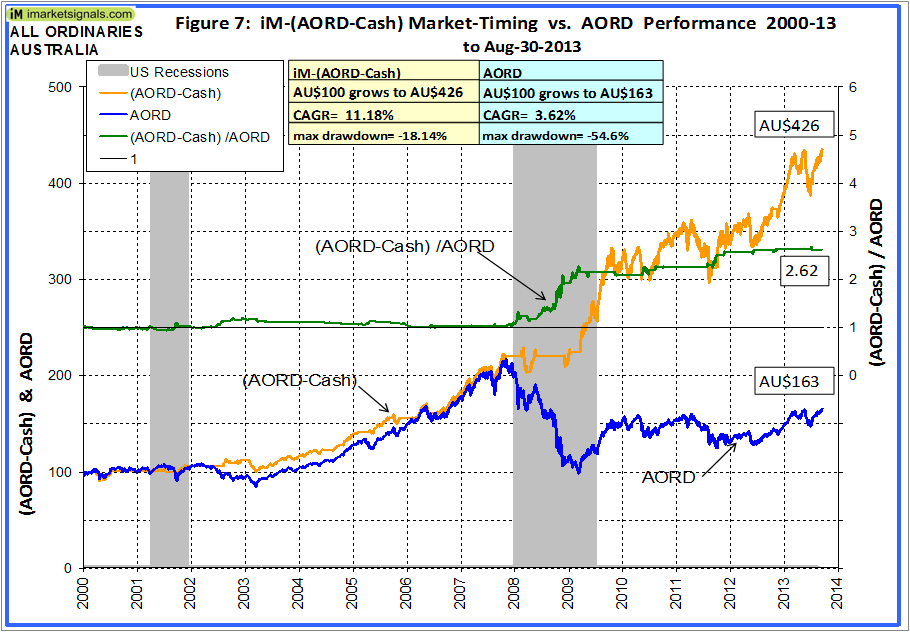 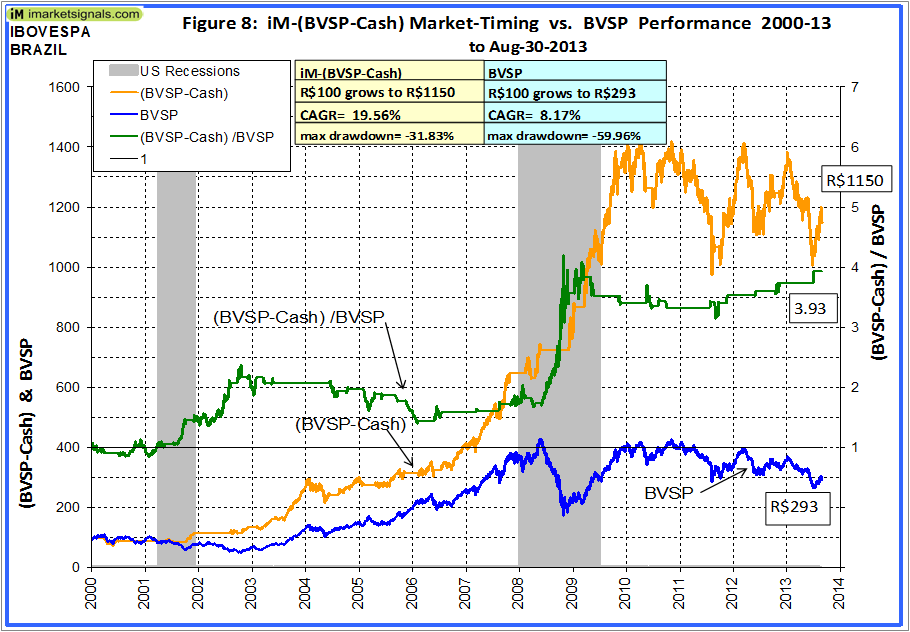 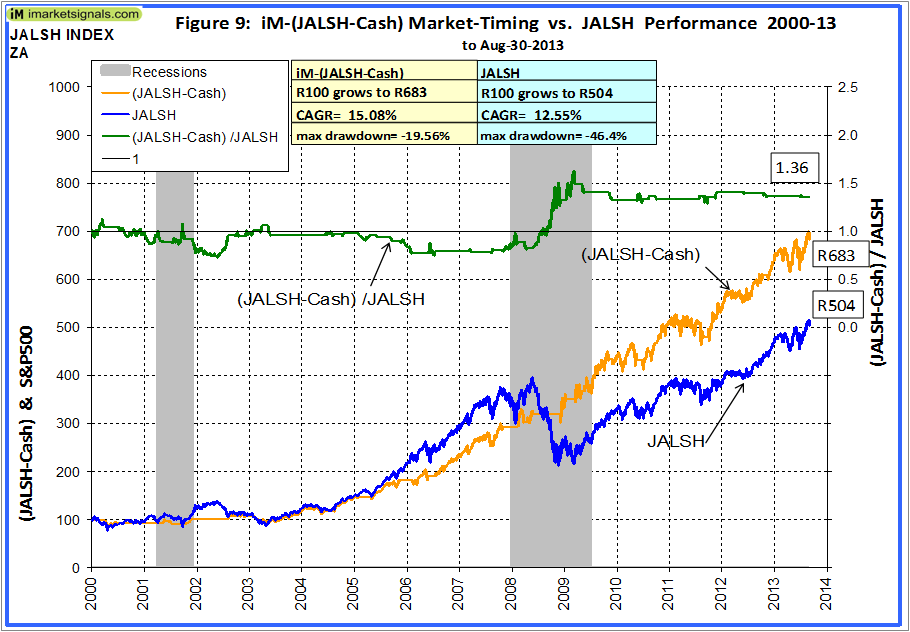 Posted on Oct 4, 2013 by Georg Vrba
← 6 Comments
With reference to Section 202(a)(11)(D) of the Investment Advisers Act: We are Engineers and not Investment Advisers, read more ... By the mere act of reading this page and navigating this site you acknowledge, agree to, and abide by the Terms of Use / Disclaimer