Consumer spending contributes about 70% of the total United States production. Thus it is important to assess consumer sentiment, which can be measured by the relative performance of the Consumer Non-Cyclicals sector stocks and Consumer Cyclical sector stocks.

Non-cyclical and companion cyclical series used for the backtest:

Note, the custom iM-Aggregate Series were compiled from the S&P 1500 companies in the FactSet Revere Business Industry Classification System (RBICS) and represent the cap-weighted performance with dividends for:

Over this period, longer than 22 years, there were only 70 realized buy & sell trades, indicating that one would have to trade about 3-times per year on average.

The calendar year performance is also shown below Figure-1. The model produced only positive returns for each year. 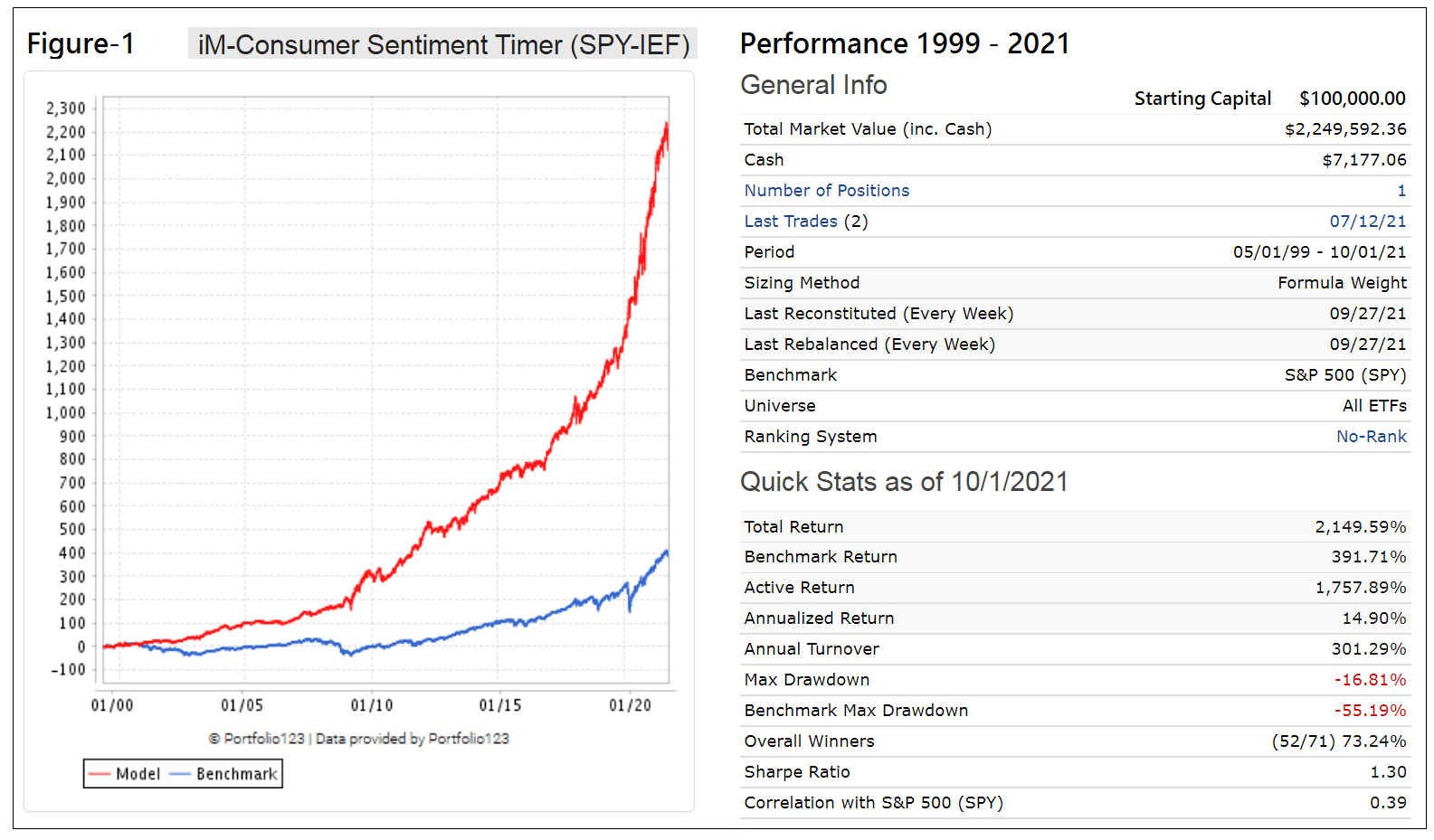 In the table below are the risk statistics for the model relative to the benchmark ETF (SPY). The model’s positive alpha indicates that this strategy would have outperformed its risk-adjusted benchmark return on average by 11.6% per year since 1999.  Additionally, SPY’s much higher Standard Deviation of 15% (versus 10% for the Model) indicates higher volatility of SPY’s monthly returns and demonstrates that the model’s investment strategy should be a better alternative to buy-and-hold SPY over the longer term.

It would appear that one can out-perform the S&P 500 by selecting investments in equities or fixed income according to consumer sentiment as measured in this analysis by the relative performance of the Consumer Non-Cyclicals sector stocks and Consumer Cyclical sector stocks. This is a rational premise and intuitively makes sense. No other market timing is used.

The model produced an average annualized return of about 15% since 1999, and 24% for the trailing 3 years. It avoided being in equities during the worst market periods as indicated by the maximum drawdown of only -17%.

At iMarketSignals we will report weekly the holdings and performance of this model; it currently holds SPY since 7/12/2021. 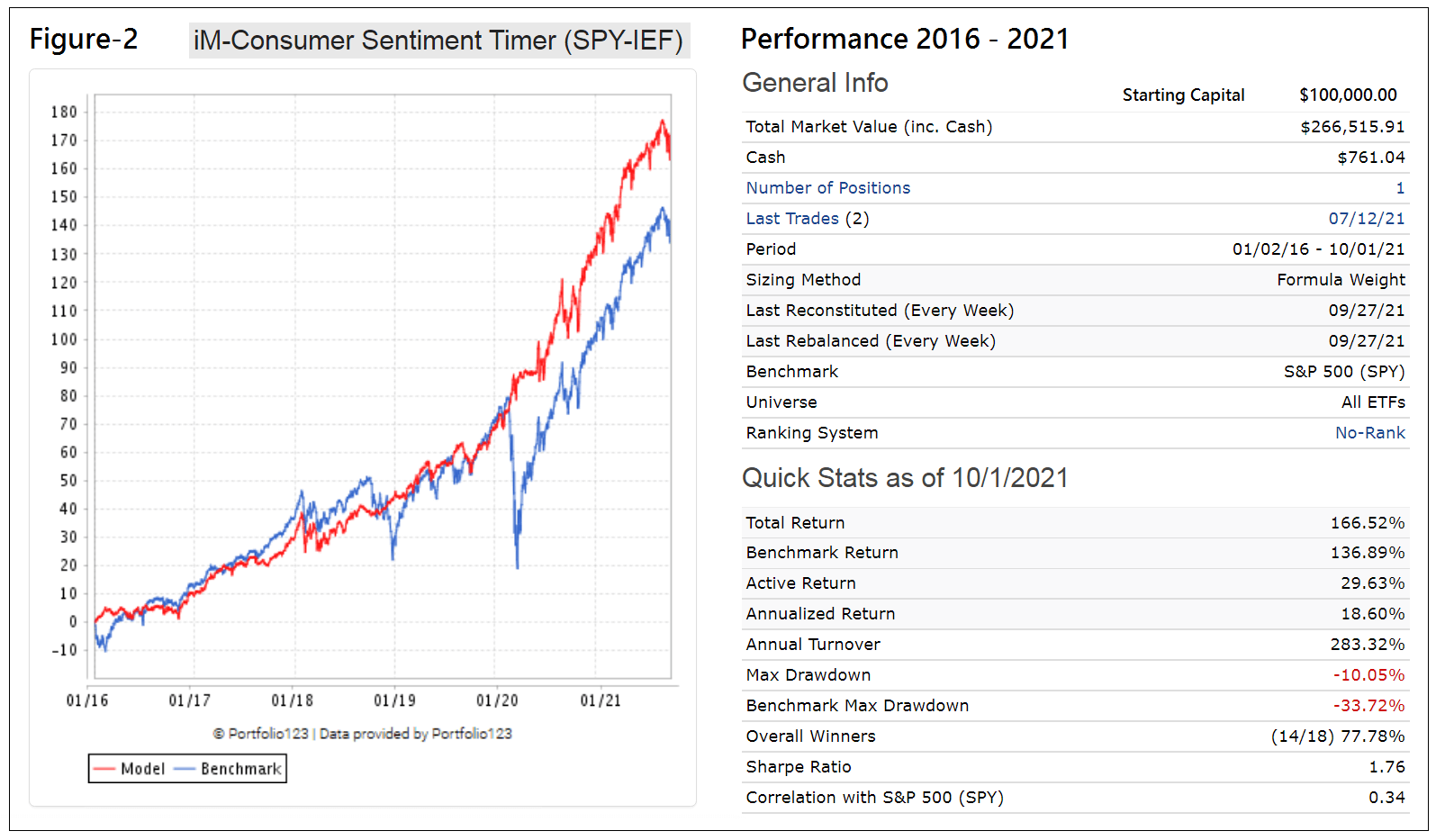 Posted on Oct 8, 2021 by Georg Vrba
← 15 Comments
With reference to Section 202(a)(11)(D) of the Investment Advisers Act: We are Engineers and not Investment Advisers, read more ... By the mere act of reading this page and navigating this site you acknowledge, agree to, and abide by the Terms of Use / Disclaimer