The model trading rules are defined in the following table:

Performance of the Fixed Income Trader

The model was back-tested on the on-line simulation platform Portfolio123 which provides historical economic and financial data from January 1999 onward, as well as extended price data for many ETFs before their inception dates. Transaction costs of 0.05% of each trade amount were taken into account to determine the performance.

The performance of a model which excludes CWB and uses HYG instead is shown in Figure-3 in the appendix. It produced an annualized return of 14.9% with a maximum drawdown of -12% and would only have had positive returns for each calendar year. 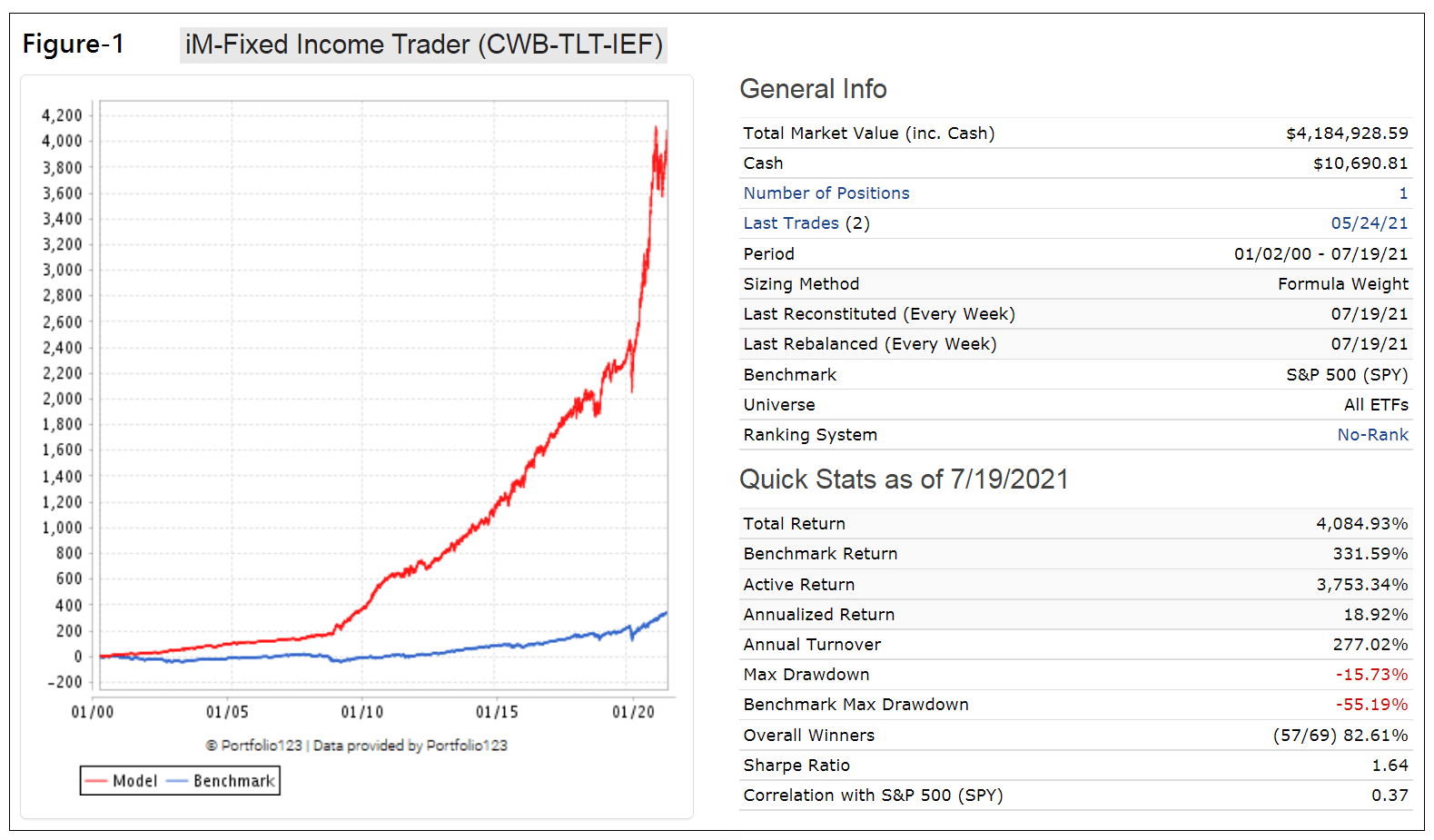 The performance for each calendar year is shown in the table below. This model would only have had positive returns for each year.

In the table below are the risk statistics from 2000 to 2021 for the model relative to the benchmark S&P 500 (SPY). It is evident from the risk measures that the trading strategy carries less risk than investing in SPY over the longer term. The much lower Standard Deviation points toward the models lower volatility and the positive alpha indicates that this strategy would have outperformed its risk-adjusted benchmark return on average by 15.6% per year over the last 21 years, and by 12.6% over the trailing 3 year period.

The minimum and average holding period for a position would have been 2 and 21 weeks, respectively. There were 68 completed trades of which 56 were winners. There were 12 losers, and the maximum loss would have been -4.3%. (Note that dividends are not included in these figures.) 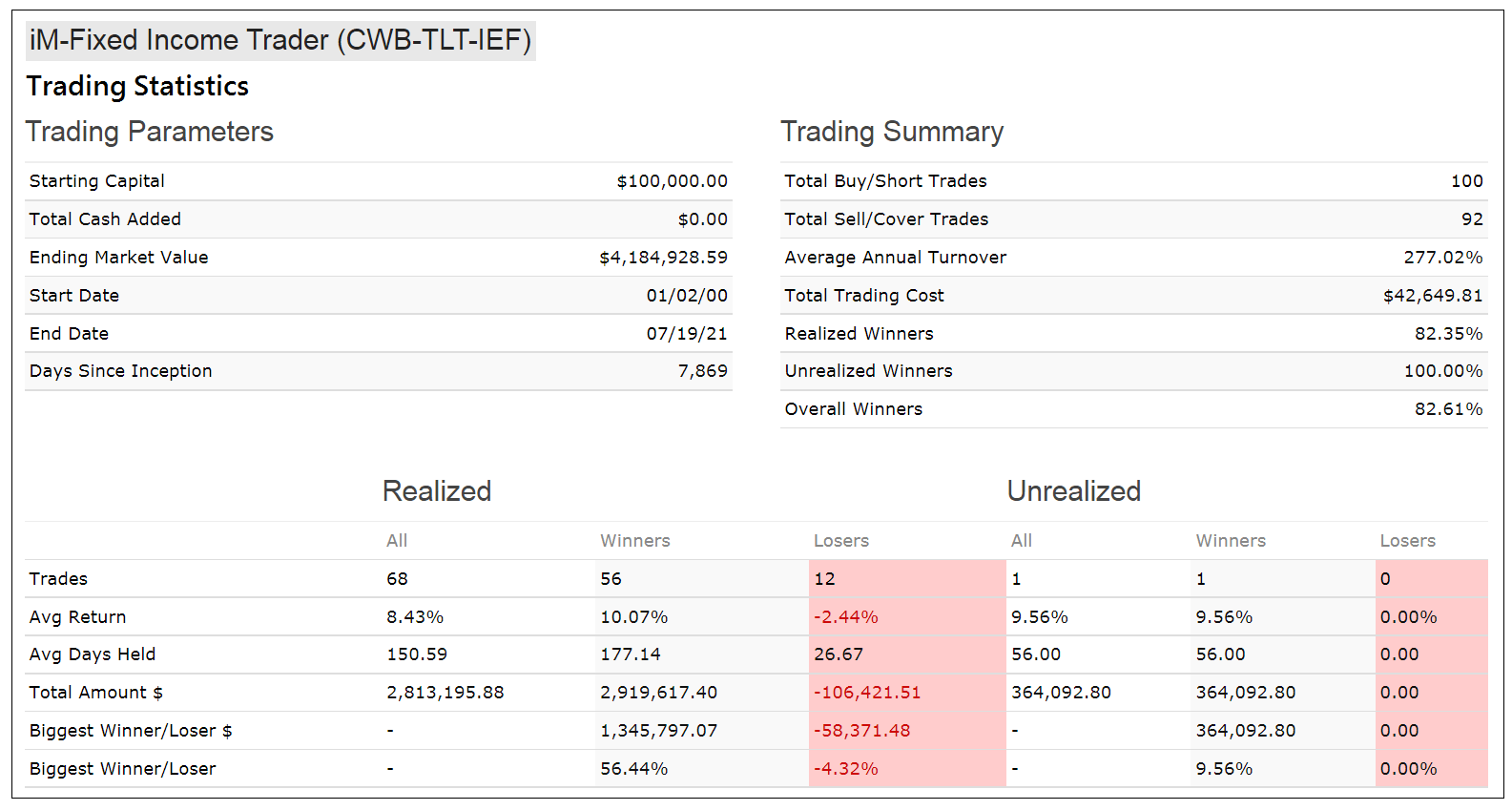 The diagram below plots the number of positions over time. During the three hedge periods the model holds two positions with IEF added.

From the analysis it is apparent that one can limit investments only to fixed income ETFs and beat the stock market with much less risk and minimum trading effort. Over the 21.5 year backtest period there were only 68 completed trades (about 3 trades per year).

Even for the up-stock market period beginning in 2009 this strategy would have produced twice the total return of SPY with only 28 realized trades.  For this period the model shows an annualized return of 21.9% (versus 16.3% for SPY) with a maximum drawdown of -16%; Figure-2 in the appendix.

At iMarketSignals we will report weekly holdings and performance of this model. 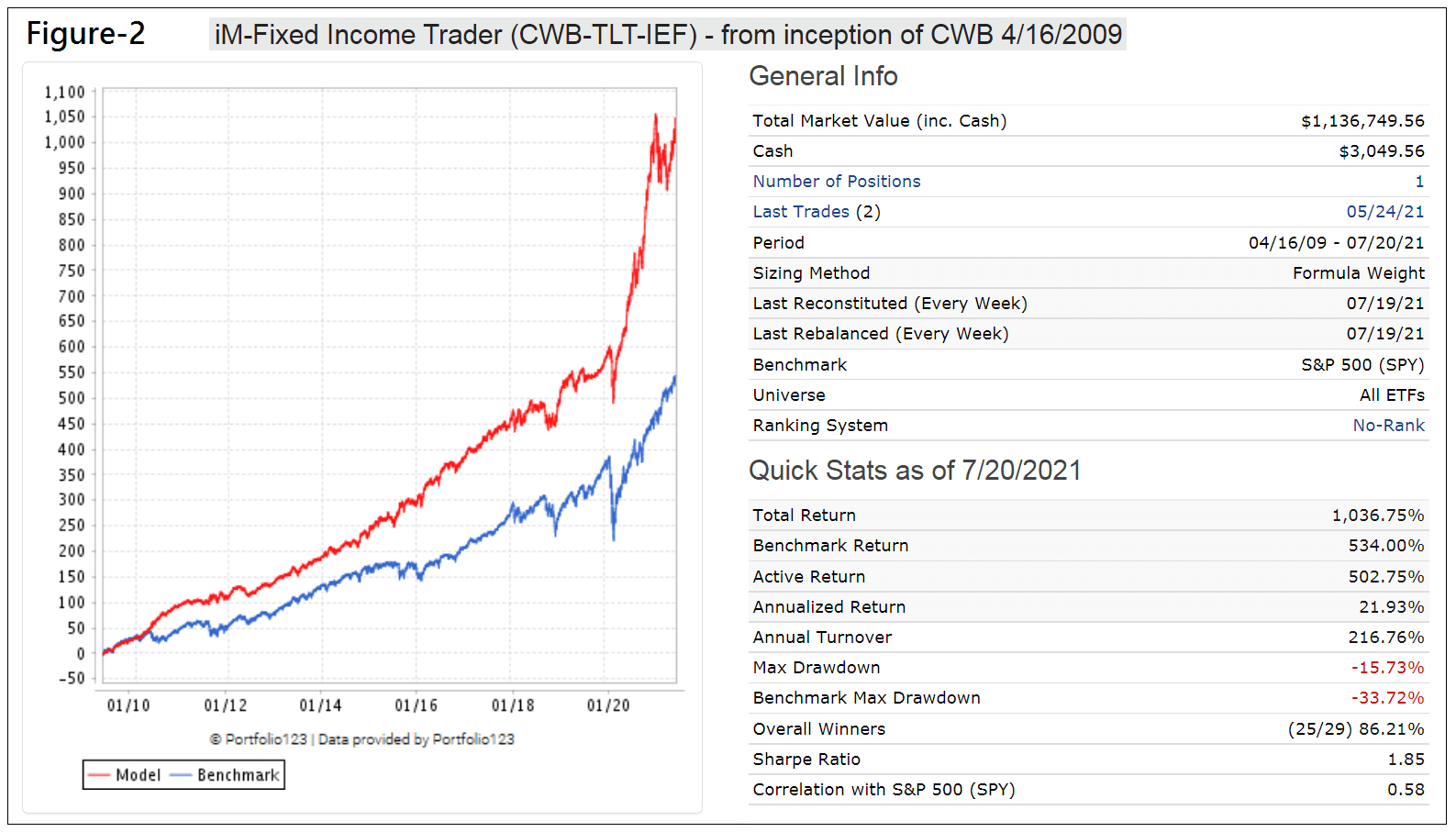 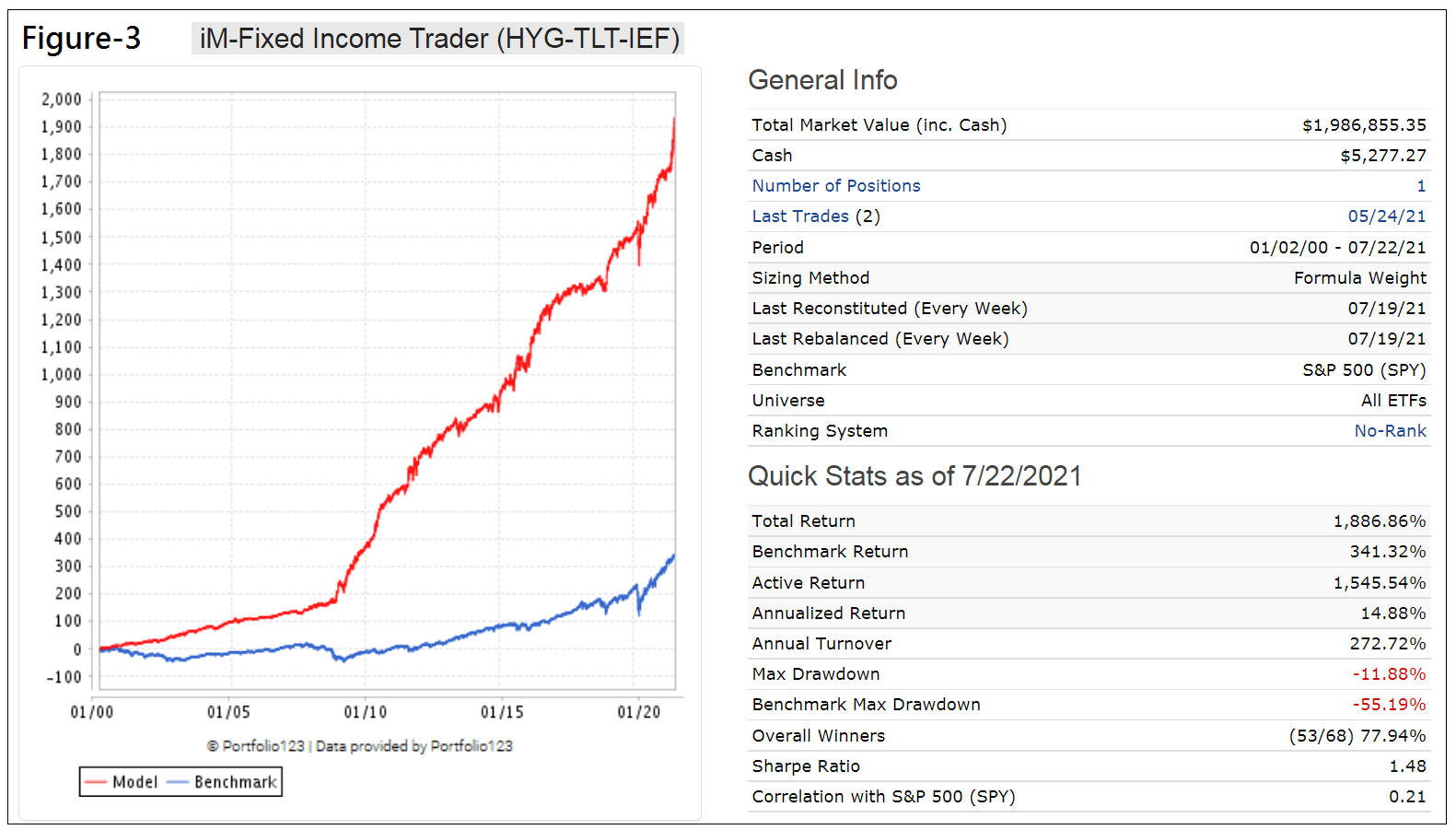 Disclaimer: All performance results are hypothetical and the result of backtesting over the period 2000 to 2021. Since performance is dependent on market-timing rules, the future out-of-sample performance may be significantly less if those rules are not as effective as they were during the backtest period.

Posted on Jul 23, 2021 by Georg Vrba
← 9 Comments
With reference to Section 202(a)(11)(D) of the Investment Advisers Act: We are Engineers and not Investment Advisers, read more ... By the mere act of reading this page and navigating this site you acknowledge, agree to, and abide by the Terms of Use / Disclaimer