Why Vanguard Should Retire The U.S. Momentum Factor ETF (VFMO)

The investment strategy described in VFMO’s prospectus is to target primarily U.S. common stocks (from the Russell 3000 Index) with strong recent performance, which have tended to earn a higher return than those with weak recent performance.

The opposite applies: Bob Farrell’s rule-1 states: “Markets tend to return to the mean over time. When stocks go too far in one direction, they come back.”

In our February 28, 2018  article we showed why Vanguard’s rule based strategy would not work by testing the historic performance of hypothetical models whose holdings were selected according to rules similar to that of Vanguard. Our conclusion then did not support Vanguard’s unsubstantiated claim that stocks with strong recent performance have tended to earn a higher return than those with weak recent performance.

About a year later we reported the actual under-performance since inception of VFMO in this April-2019 article, and again concluded that VFMO will underperform going forward.

Vanguards stock selection for VFMO is based on the theory that stocks which have performed well will continue to do so going forward.

One can see in Figure-1 the performance of the holdings as of as of 4/22/2019 over the preceding period, from 2/22/2018 to 2/22/2019. (This was Figure-3 in our April-2019 article.) The historic data came from Portfolio 123 and is for an equal weighted portfolio which the fund then held. The 1-year return of this was a high 49.2% (confirming Vanguards selection criteria to target stocks with historic high returns), versus 10.7%% for the benchmark SPY.

So if Vanguard’s selection criteria had any basis in fact than one should expect higher returns from these holdings going forward. But that did not happen.

The lower performance of VFMO relative to the Russell 3000 ETF and the S&P 500 ETF confirms our 2019 forecast, namely that VFMO would again under-perform the broader market going forward. This is clearly visible from the performance plots in Figure-2.

And it is not as if momentum did not work over the last year. The comparable performance of iShares Edge MSCI USA Momentum Factor ETF (MTUM) was 26.9%, 8.7% higher than what VFMO produced. 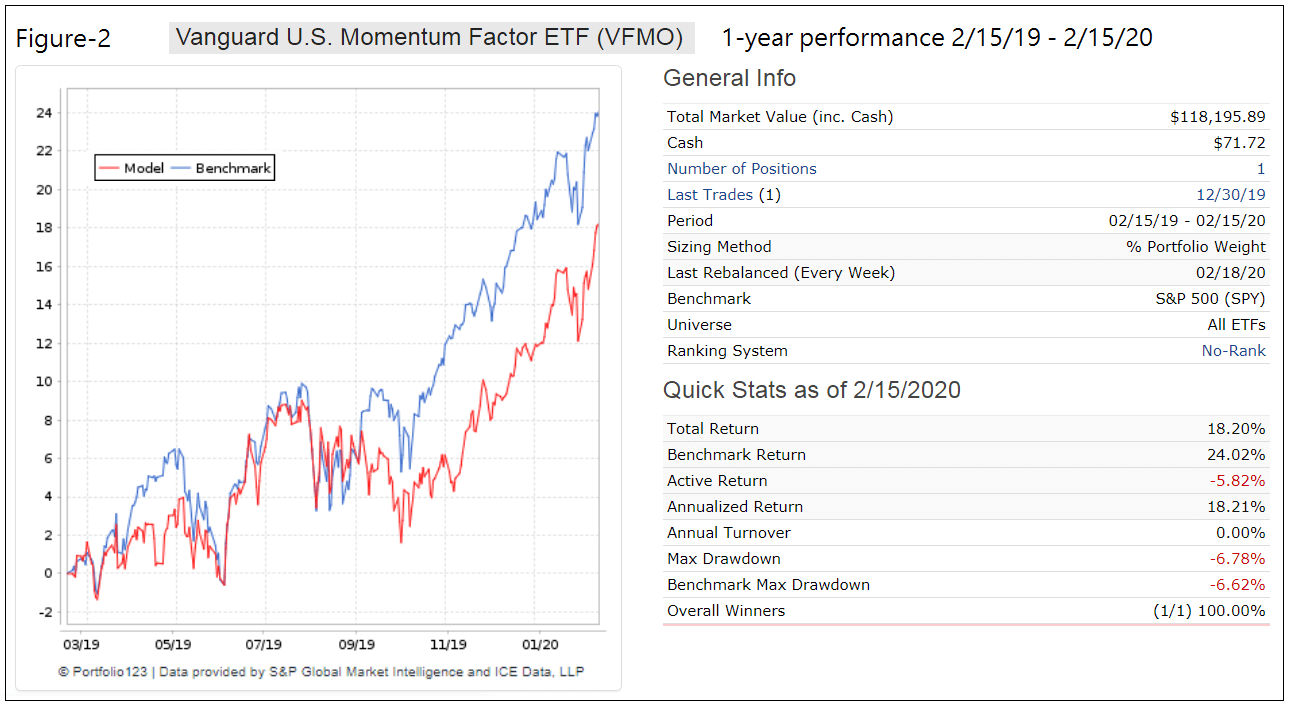 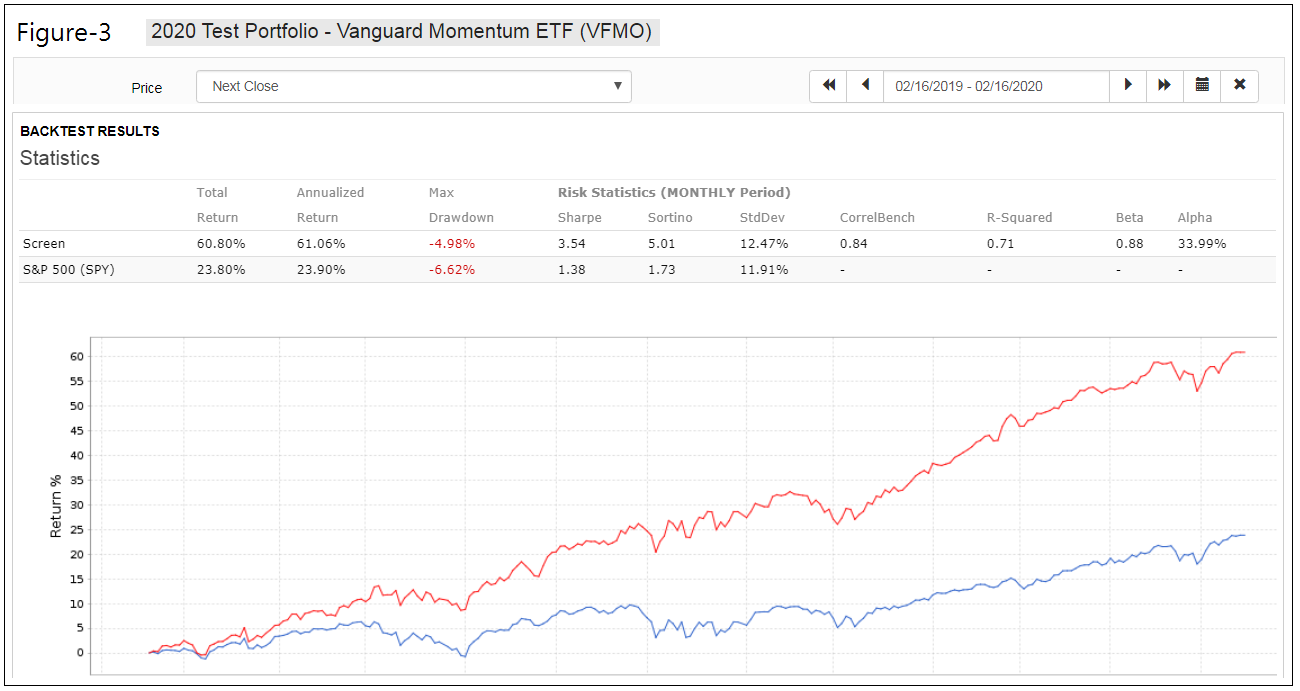 This high 1-year historic return of the current holdings confirms that Vanguard selection rules have not changed despite the mediocre performance since inception. We are looking forward to see how VFMO will perform over the next year. Our expectation has not changed from before; we believe that VFMO will underperform SPY again to February 2021.

Vanguards rule-based selection criteria to target stocks with strong recent performance in the hope that they will continue to perform better is flawed. It just does not work.

The actual performance of this fund so far, and the previous analyses presented in the referenced articles clearly show that the most recent winners may be the ones most vulnerable to under-performance in the future. As per Bob Farrell rule-1: “When stocks go too far in one direction, they come back.”

It is time for Vanguard to retire this fund or change the selection criteria of its holdings.

Posted on Feb 17, 2020 by Georg Vrba
No Comments
With reference to Section 202(a)(11)(D) of the Investment Advisers Act: We are Engineers and not Investment Advisers, read more ... By the mere act of reading this page and navigating this site you acknowledge, agree to, and abide by the Terms of Use / Disclaimer