The Anticipated March 2020 Unemployment Rate Will Signal A Recession

Let us assume the best case scenario that the March UER will only be 4.1%. The model will then signal a recession with a probability of 94%, as shown in Figures-1 and -2.

The following indicators are used to signal recession starts:

The criteria for the model to signal the start of recessions are given in the original 2012 article and repeated in the Appendix.

Anecdotal news reports support our forecast for the UER to increase to at least 4.1% by the end of March 2020, and we updated the model accordingly.  For a recession signal, the short EMA of the UER would have to form a trough and then cross its long EMA to the upside.  Alternatively, the UERg graph would have to turn upwards and rise above zero, or the 19-week rate of change of the UER would have to be above 8%.

Referring to Figure-1 (with minimum expected UER of 4.1% for March 2020), and looking at the end portion of it, one can see that all three conditions for a recession signal will have been met. 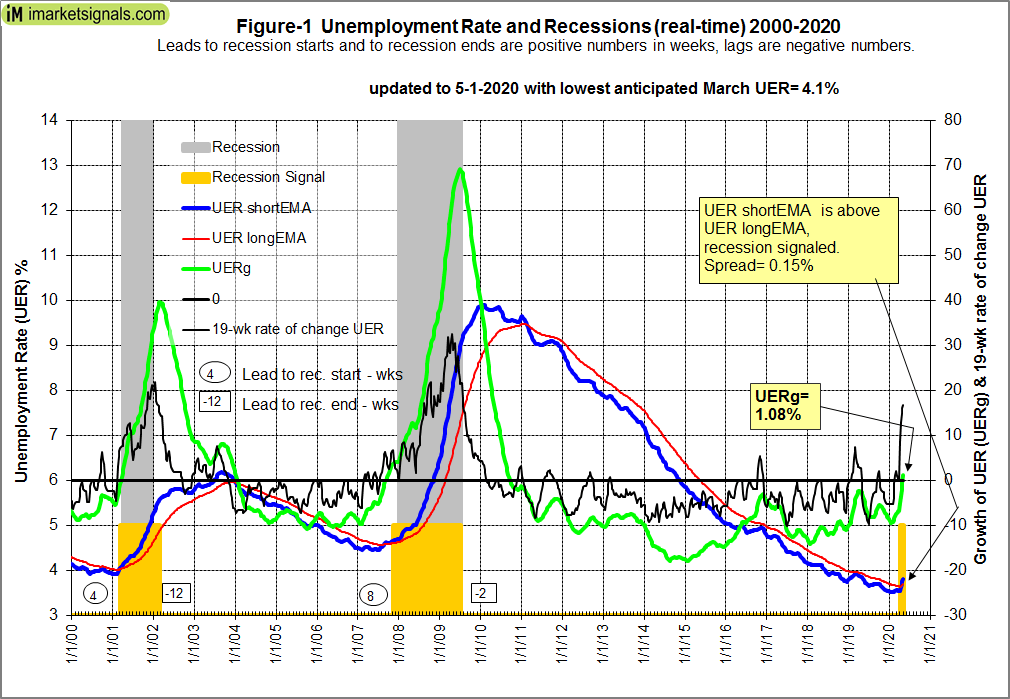 Based on the anticipated March 2020 unemployment rate of 4.1%, the probability of an imminent recession is 94%, as shown in Figure-2. The probability plot spans the period 1948 to 2020, encompassing eleven recessions. 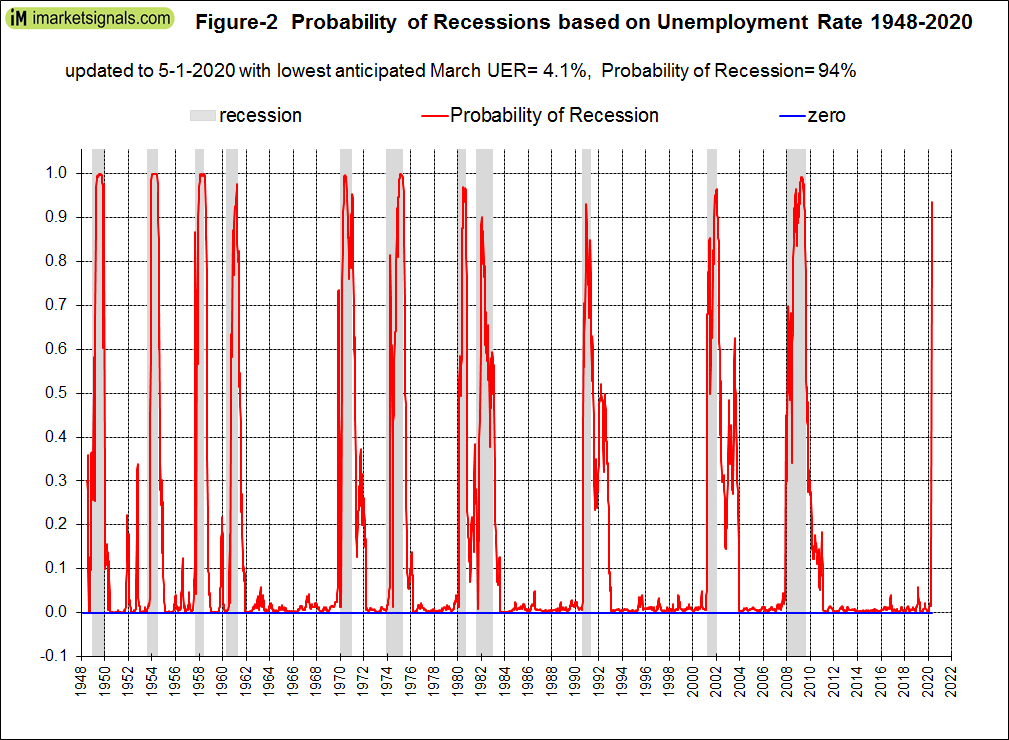 Historic patterns of the unemployment rate indicators prior to recessions

Monthly unemployment data is listed at FRED from 1948 onwards, a dataset that spans eleven recessions and covers a much longer period than the historical data for most other indicators. Figure-3 shows the period 1973 to 2020, with anticipated UER data for March 2020.  One can see that the patterns of the indicators are always similar before and after recessions.

Others have also observed this. For example, Gundlach in a 2016 webcasts has been following a “new metric” – the U.S. unemployment rate versus its 12-month moving average; when the former moves above the latter it is indicative of an oncoming recession. For March 2020, the minimum anticipated UER is 4.1%, and the 12-month moving average is 3.6%, supporting a recession call according to this metric. 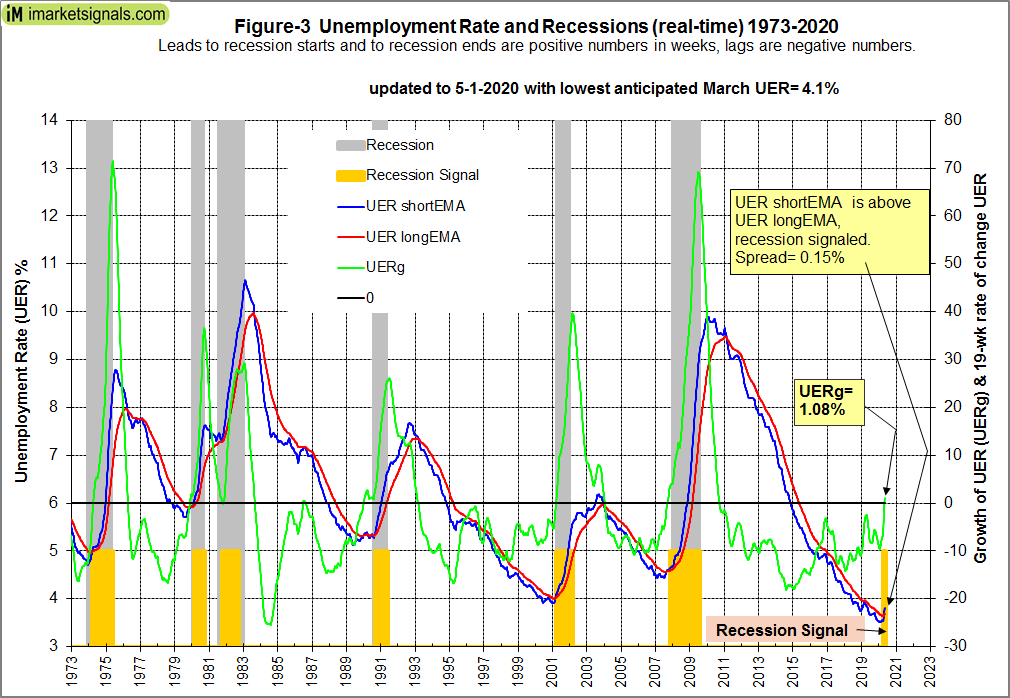 Leads to recession start from the UER model for the last eleven recessions:

On the strength of the historic performance of this model, and the current news reports of the size of initial unemployment insurance claims, we can now with high confidence state that the US economy is on the cusp of a recession.

Posted on Mar 21, 2020 by Anton Vrba
← 4 Comments
With reference to Section 202(a)(11)(D) of the Investment Advisers Act: We are Engineers and not Investment Advisers, read more ... By the mere act of reading this page and navigating this site you acknowledge, agree to, and abide by the Terms of Use / Disclaimer