A Profitable Investment Strategy When The Yield Curve Inverts

In this previous article it was demonstrated that an almost risk-free investment is to buy 2-year Treasury bonds when the FRR2-10 is close to 1.0 and to sell when the Federal Funds Rate (FRR) is at its lowest after recessions. A reader critiqued the article and asked  “[B]ut how do we know that we reached a low FFR for the exit until after the fact? For example 12/30/2008. Wasn’t it possible the rate could have gone lower?”

In response to that critique, we show that it is possible to design a mathematical model using a smoothed FRR2-10 to signal investment in IEF and a moving average of the FFR for sell signals.

A backtest from Jan-2000 to Sep-2019 was performed on the online simulation platform Portfolio 123 with transaction costs and slippage taken into account and compared with the returns of a buy-and-hold investment in SPY.

Performance over almost 20 years is shown in Figure-1. For the model the Total Return and Annualized Return would have been 1100% and 13.5%, respectively, with a Maximum Drawdown of -22%.

Over the same period the benchmark (SPY) had a Total Return and Annualized Return of 192% and 5.6%, respectively, with a Maximum Drawdown of -55%.

Since Jan-2000 there were only six realized trades, and the current holding since 4/1/2019 is IEF, all of them winners. 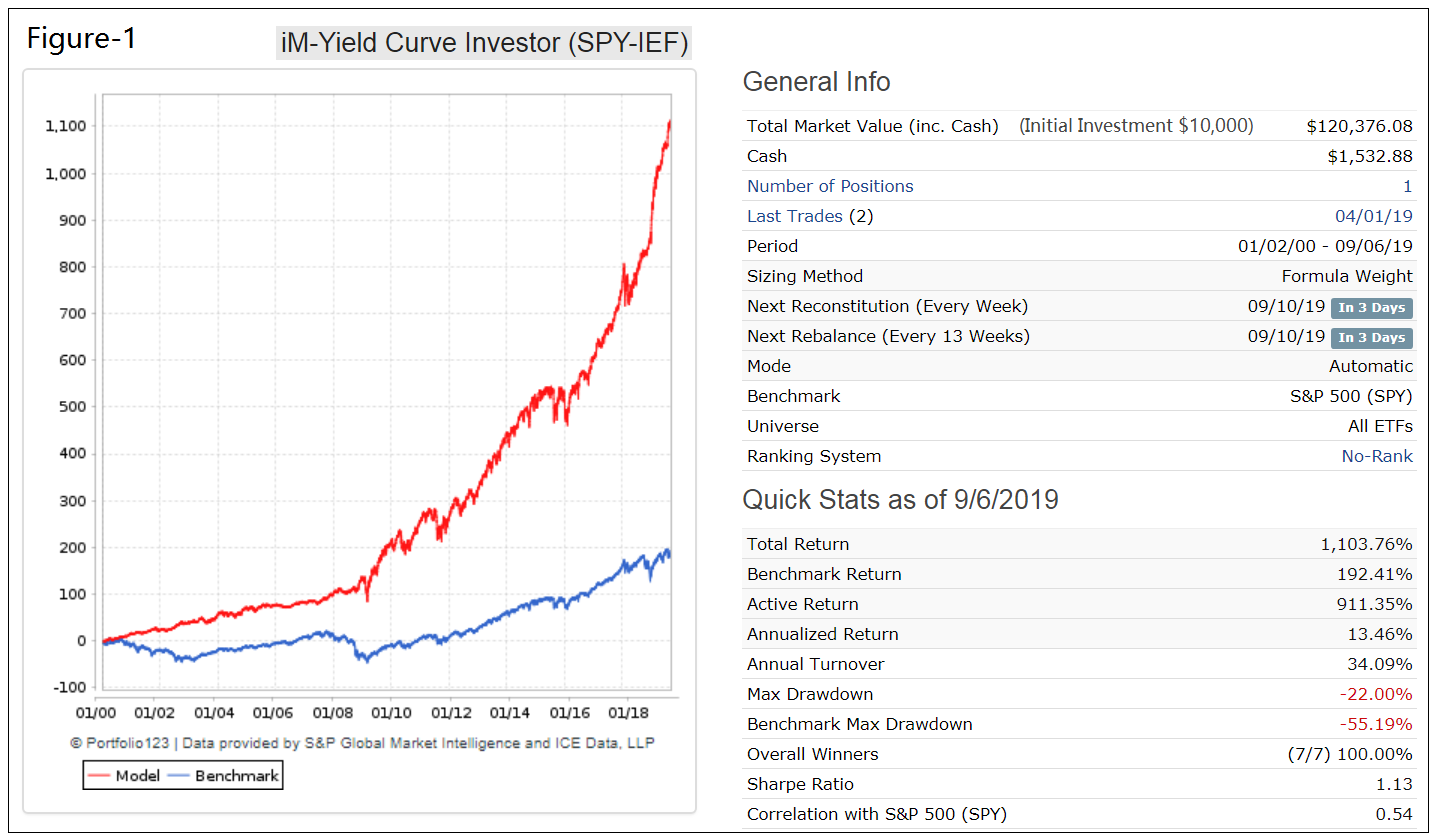 From the analysis it appears that fairly satisfactory returns can be had by investing in 10-yr Treasury bond funds as indicated by the FRR2-10, and switching back to equity according to signals from the Federal Funds Rate.

The model can be followed live at imarketsignals.com.

The model would have had only positive calendar year returns, and significantly underperformed the benchmark in 2003 and 2006. (The indicated underperformance in the years 2004 to 2005, and 2010 to 2017,  is a result in differences how dividends are reinvested in the benchmark and the model.) 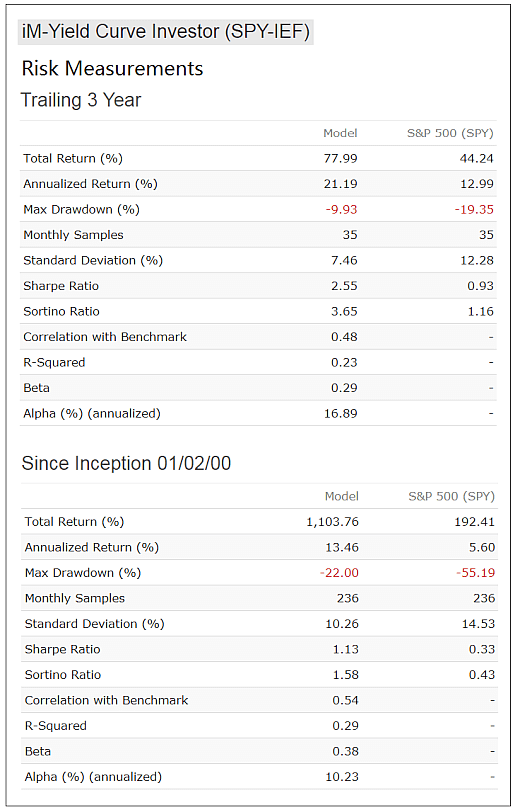 Posted on Sep 13, 2019 by Georg Vrba
← 5 Comments
With reference to Section 202(a)(11)(D) of the Investment Advisers Act: We are Engineers and not Investment Advisers, read more ... By the mere act of reading this page and navigating this site you acknowledge, agree to, and abide by the Terms of Use / Disclaimer