Out-Performing the US Market With the iM-Country Rotation System

This model invests periodically in only one country ETF of the six available for trading. The selection is based on the performance of the respective currency ETFs over a one year period.

EDIT: FXS ceased trading on 02/14/20, thus the Sweden ETF (EWD) is no longer included in this model.

Note: Countries such as China and Switzerland which are monitored by the US Treasury Department for currency manipulation are excluded. Also the United Kingdom is not represented due to the “Brexit” effect on its currency.

The performance indicated by the ranking system for the six country ETF universe is shown below. The ranking system ranks the six country ETFs according to the 1-year performance of their respective currency ETFs, lower being better. There are six “buckets” each holding one country ETF. Accordingly, selecting periodically the highest ranked ETF would produce an annualized return of about 29% over the period 2009-2018, which is the same return the simulation produced (Figure-2). 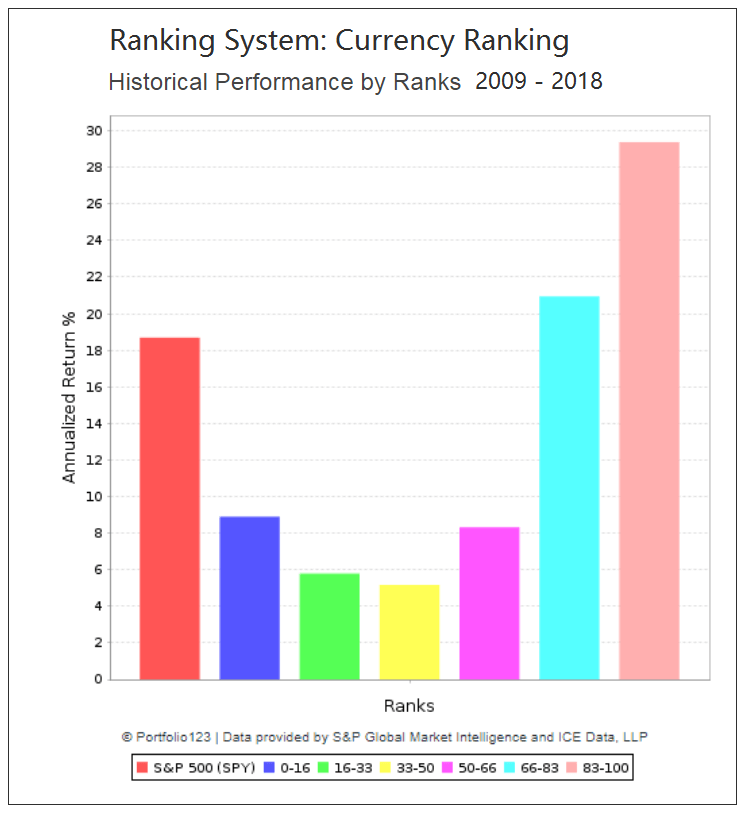 Performance of the Country ETFs versus SPY

Figure-1 shows the performance of the five country ETFs representing Japan, Australia, Canada, Sweden and Germany versus the benchmark ETF (SPY). One can see that all five ETFs under-performed the benchmark by a wide margin over the full backtest period. However, there are shorter periods when some of them performed better than the benchmark. 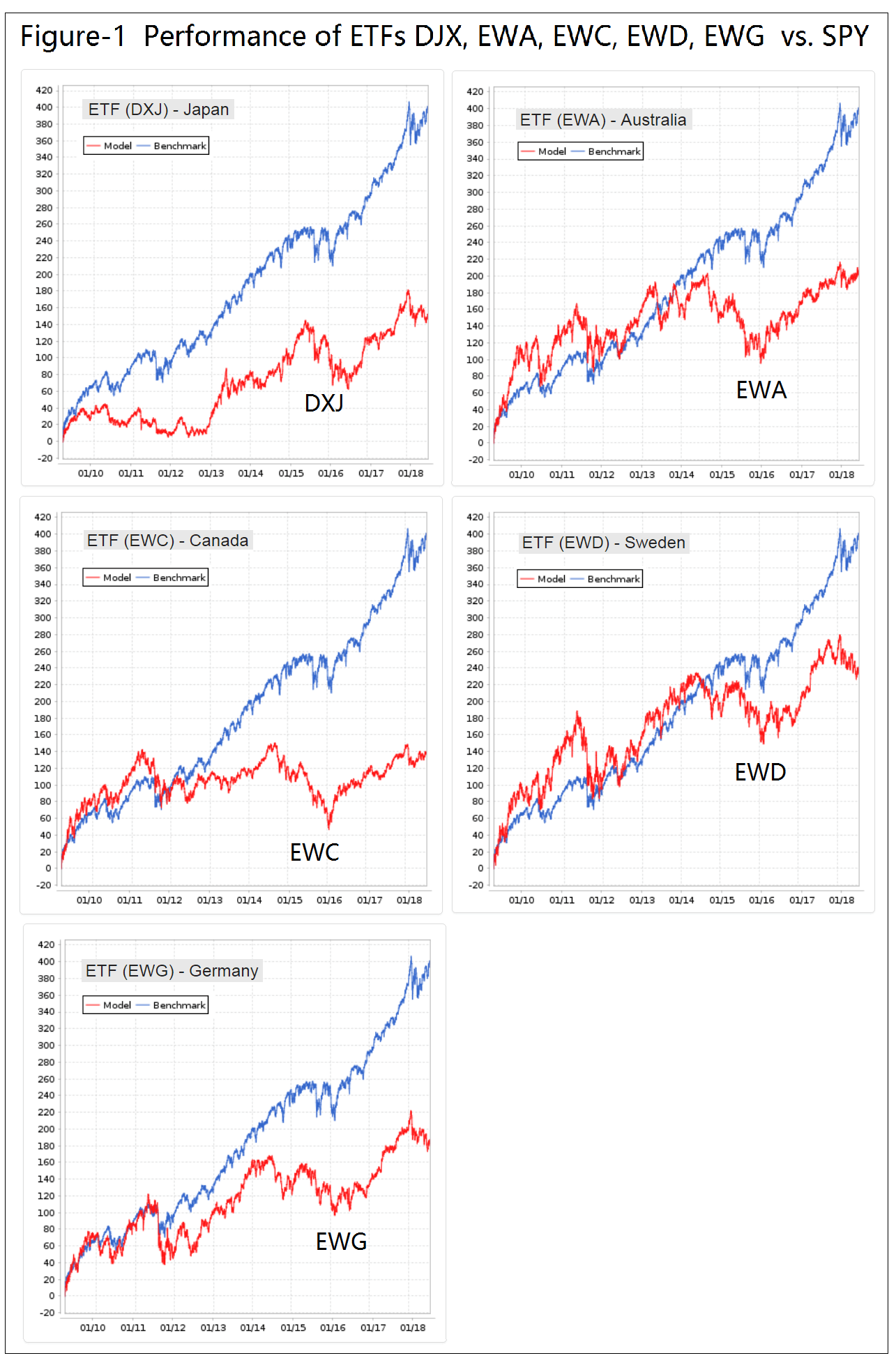 Performance of the iM-Country Rotation System

In Figure-2 below the red graph represents the model and the blue graph depicts the performance of the benchmark, the SPDR S&P 500 ETF (SPY). The model is always fully invested, with no market timing.

When ranking country ETFs according to the performance of their respective currency ETFs and periodically selecting the highest ranked ETF, the rotation system significantly out-performed the benchmark (SPY). The simulation shows almost a 30% average annualized return over the preceding 9 years, or a total return 2.5 times greater than for (SPY), with similar maximum drawdowns of about -19%. 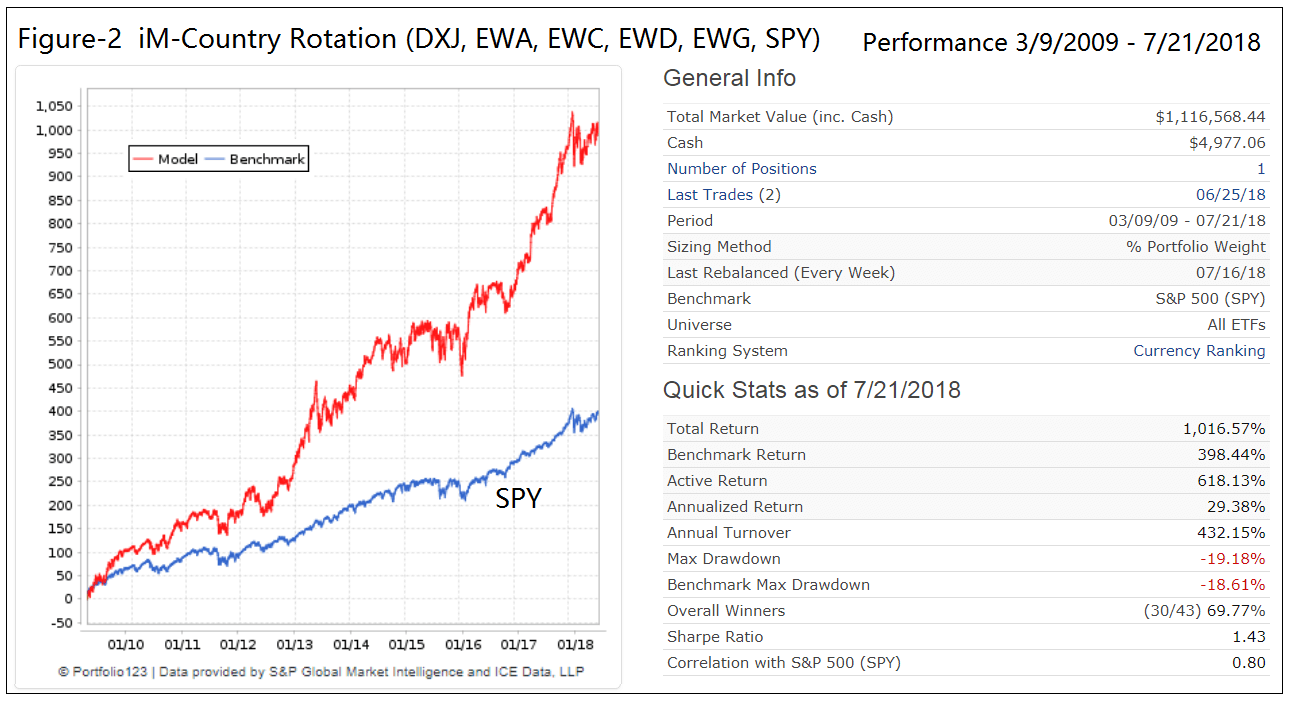 The iM-Country Rotation System was backtested on the on-line simulation platform Portfolio 123. Trading costs, including slippage, were assumed as 0.05% of the trade amounts using closing prices. Tables 1-4 in the Appendix provide Performance Details, Risk Measurements, Trading Statistics and a listing of the Realized Trades.

A Silver membership is required to follow the weekly performance update of the iM-Country Rotation System. As of writing (7/26/2018) the current holding is EWD since 6/25/18 showing a return of 5.6%. 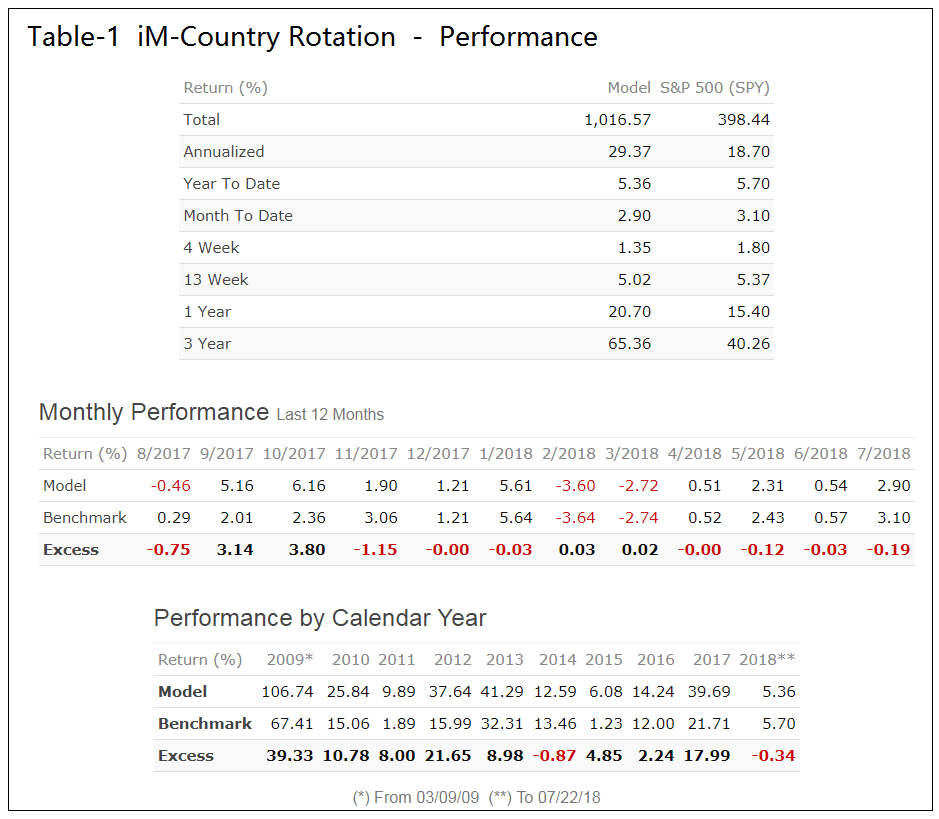 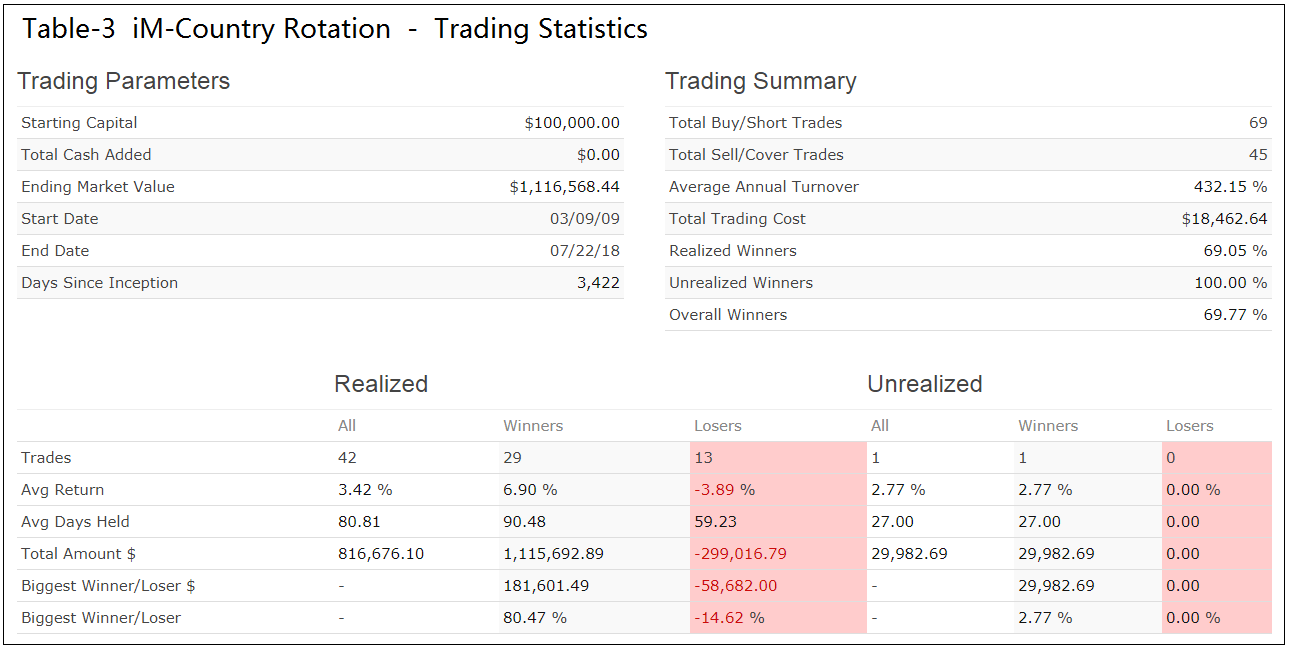 Posted on Jul 26, 2018 by Georg Vrba
← 34 Comments
With reference to Section 202(a)(11)(D) of the Investment Advisers Act: We are Engineers and not Investment Advisers, read more ... By the mere act of reading this page and navigating this site you acknowledge, agree to, and abide by the Terms of Use / Disclaimer