The Case for Seasonal Switching

In this May-2013 article, What To Sell, If Selling In May, Doug Ramsey shows that since 1926 most of the excess return of Small Caps was earned during the seasonally strong months of November through April, and that one could have sat in cash each May through October and beaten “Small Cap Buy and Hold” on a total return basis.

The article also demonstrates that since the inception of the S&P 500 sector data in late 1989 it would have been beneficial to own cyclicals (Discretionary, Industrials and Materials) during the seasonally strong market months of November through April, and then swap into defensives (Staples, Health Care and Utilities) for the May to October period.

The model was back-tested on the on-line simulation platform Portfolio123, which provides historical economic and financial data as well as extended price data for ETFs before their start dates. Only one ETF is periodically selected from each group of five ETFs by a simple ranking system and held for six month. There is no market timing or stop-loss rule in the model.

The red graph in Figure-1 shows the performance of the model with dividends and with trading costs and slippage accounted for. The blue graph represents the buy&hold performance of SPY (the ETF tracking the S&P 500 index). The model greatly out-performed SPY which only produced an annualized return of 6.0% with a maximum drawdown of -55%. Over the full period from end of Oct-1999 to May-2018 the total return of the model is 14-times that of SPY. 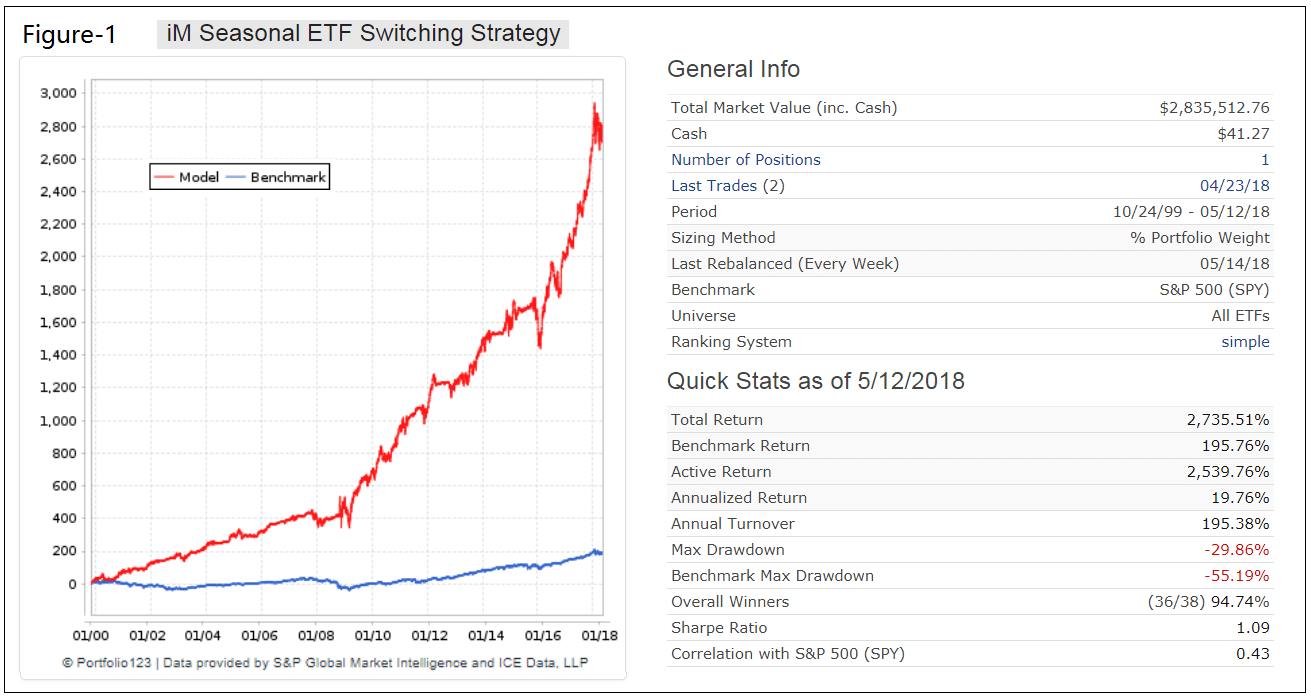 The backtest shows only positive calendar year returns and produced positive returns for each calendar year, and excess returns over SPY in 13 out of 19 years.

What happens if the strategy is inverted?

Figure-2 shows the performance when an “inverted” seasonal switching strategy is adopted – when cyclicals ETFs are used for the May to October period and defensive ETFs during the seasonally strong market months of November through April. Again only one ETF is selected and held for six months.

The annualized return collapses to 3.2% with a maximum drawdown of -60%. Over the full period from end of Oct-1999 to May-2018 the total return of the inverted strategy model is only about 40% of SPY. 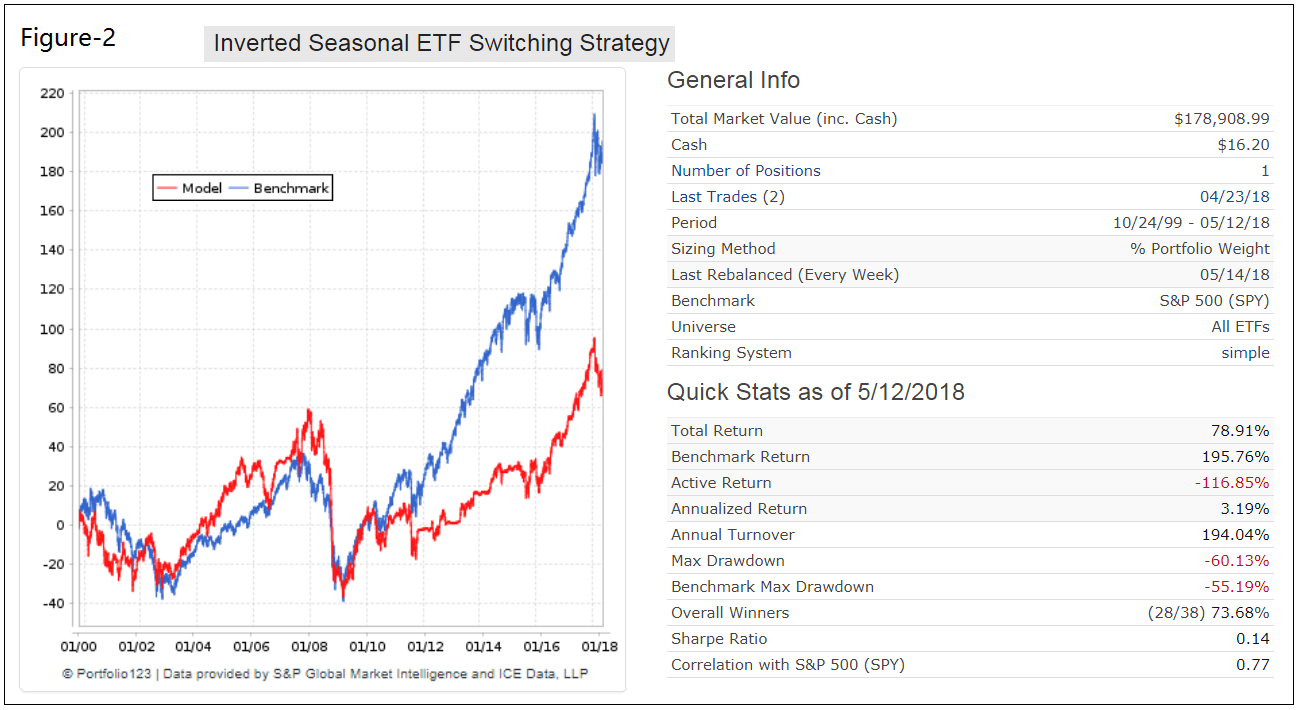 What happens if more than one ETF is periodically selected?

Backtesting with historic data shows that investment returns can be vastly improved by employing a seasonal ETF switching strategy. Minimum trading effort is required as one would only switch between ETFs every six months, namely on the first trading day of the last week in April and October of each year.

The performance of this model and ETF selection will be reported bi-annually.

Transactions (Return is without dividends)

Posted on May 17, 2018 by Georg Vrba
← 59 Comments
With reference to Section 202(a)(11)(D) of the Investment Advisers Act: We are Engineers and not Investment Advisers, read more ... By the mere act of reading this page and navigating this site you acknowledge, agree to, and abide by the Terms of Use / Disclaimer