Home › blogs › A Buy Signal from the iM-Enhanced Inflation Timer

A Buy Signal from the iM-Enhanced Inflation Timer

The inflation rate (INF) is the 12-month rate of change of the consumer price index (CPI). The CPI is provided by the Department of Labor Statistics usually during the third week after the month to which it refers.

Also the model generated a sell signal for stocks at the end of Jan-2017 which is listed in the Appendix to the model description. Now, both the original model and also the Enhanced Inflation Timer have recently indicated stock market investment again.

We simulated performance of the model on Portfolio 123 switching between SPDR S&P 500 ETF (SPY) and the iShares Short Treasury Bond ETF (SHV), so it can be compared to the performance shown in Figure-2 of the updated model description.

The performance of the Enhanced Inflation Timer, over the period 1/3/2000 to Jun-21-2017 is shown in Figure-1 below. The nearly horizontal performance sections of the graph indicate the periods when the model was in SHV. Recently, the model switched back to SPY. 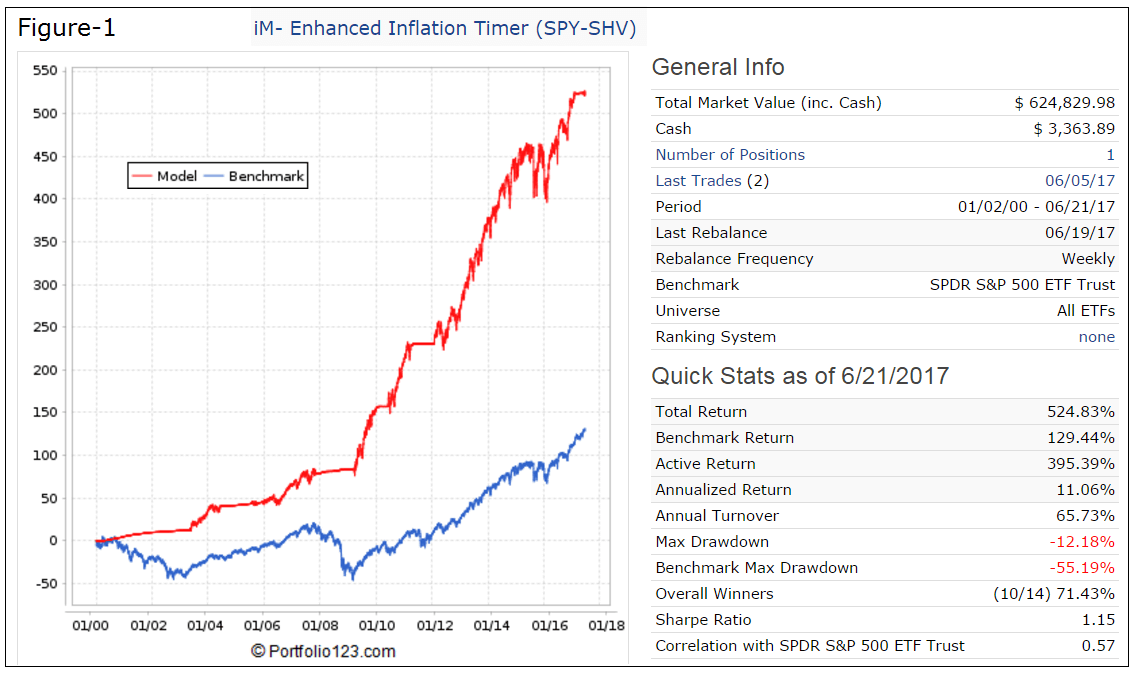 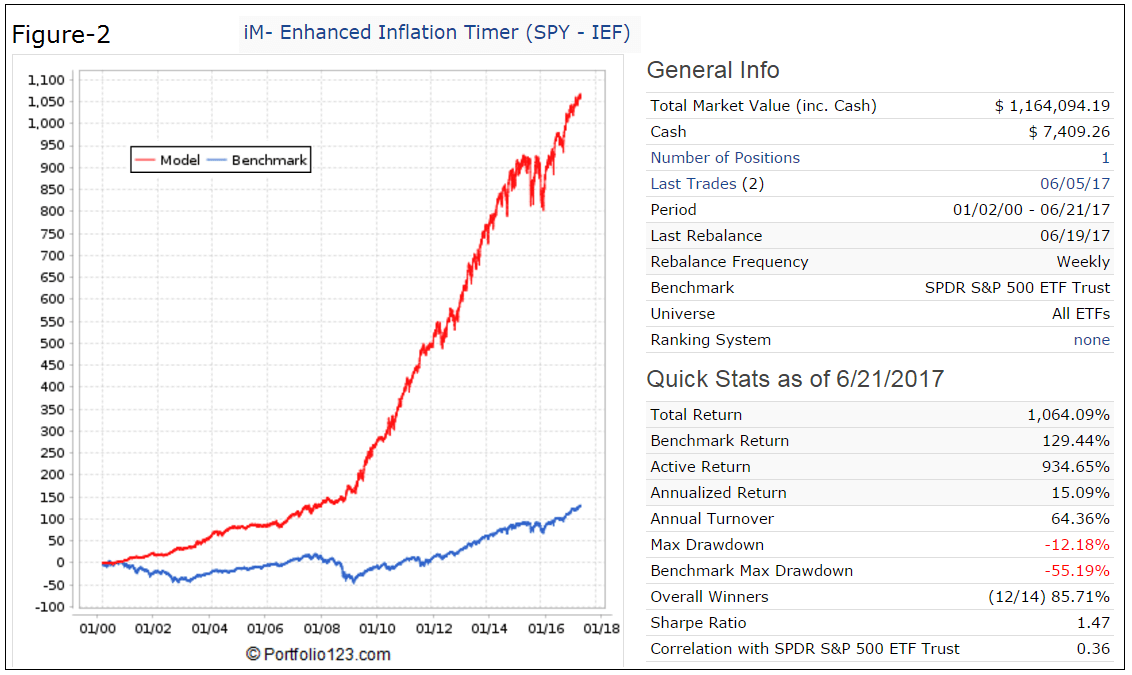 The Enhanced Inflation Timer, switching between SPY and IEF, model can also be followed live at iMrketSignals.com. Heeding the monthly signals from the Inflation Timer should provide insurance against major stock market declines and improve investment performance.

Note: All performance results are hypothetical and the result of backtesting over the period 2000 to 2017. Since performance is dependent on market-timing rules, the future out-of-sample performance may be significantly less if those rules are not as effective as they were during the backtest period. No claim is made about future performance.

Posted on Jun 23, 2017 by Georg Vrba
No Comments
With reference to Section 202(a)(11)(D) of the Investment Advisers Act: We are Engineers and not Investment Advisers, read more ... By the mere act of reading this page and navigating this site you acknowledge, agree to, and abide by the Terms of Use / Disclaimer