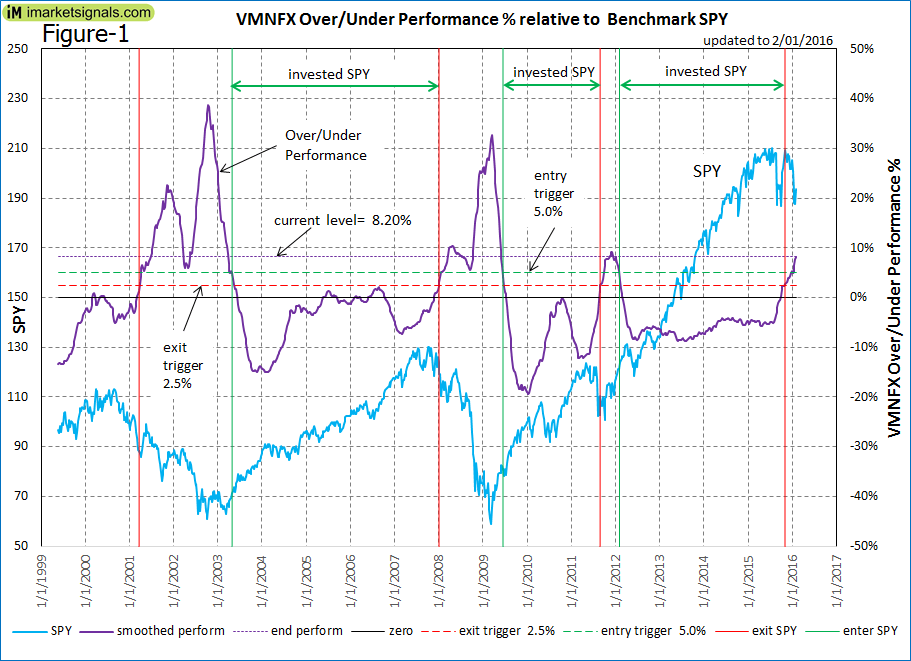 An investment in SPY with the out-of-market periods in Cash would have provided from the beginning of Jan-1999 to beginning of Feb-2016 a total return of 266.5%, which is an annualized return of 7.89%, and the maximum drawdown would have been -26.9%. 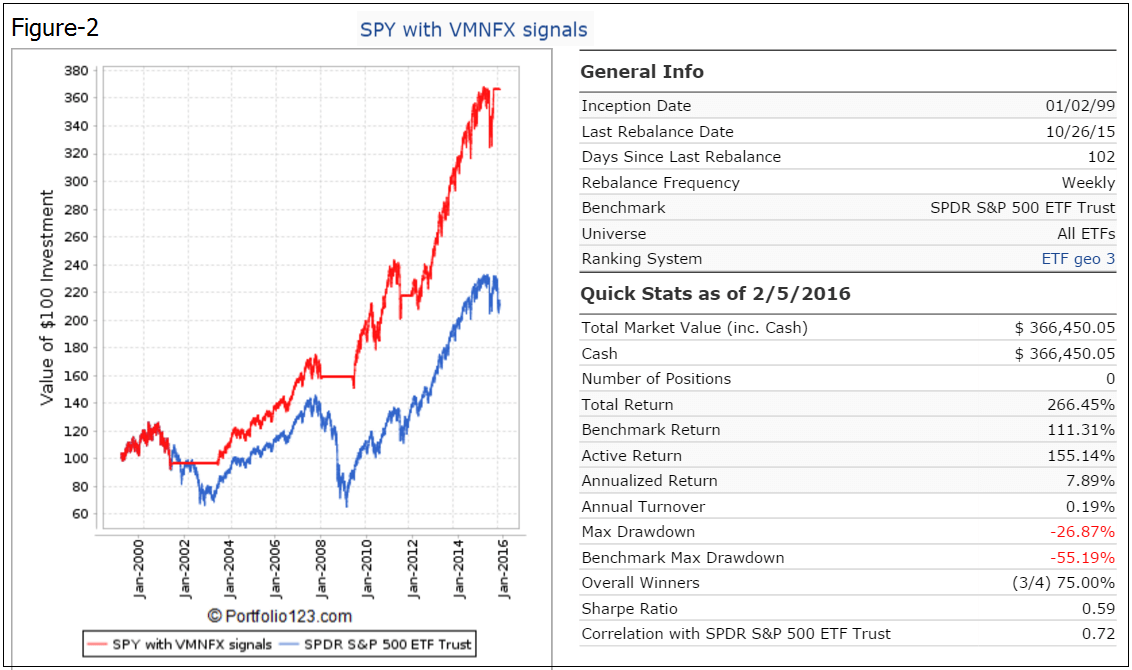 It appears that the performance of the Vanguard Market Neutral Fund VMNFX relative to SPY is a good indicator for major stock market movements. The last exit signal occurred on Nov-2-2015. The most recent relative performance is at 8.15%, which is near the Dec-2011 peak level of 9.17%. Should the relative performance continue much above the current level, then further market declines are possible.

This technical timing model is simple and can be reproduced without much difficulty. However, those not wanting to replicate it can visit our website imarketsignals.com where it will be updated weekly.

Posted on Feb 7, 2016 by Georg Vrba
← 7 Comments
With reference to Section 202(a)(11)(D) of the Investment Advisers Act: We are Engineers and not Investment Advisers, read more ... By the mere act of reading this page and navigating this site you acknowledge, agree to, and abide by the Terms of Use / Disclaimer