Home › blogs › Too Many To Fail — It Is Time To Bailout The Oil Industry!

Too Many To Fail — It Is Time To Bailout The Oil Industry!

The post great-recession recovery was partly driven by the US oil industry. Technological developments enabled the US to advance to the world largest oil producer. It is not a secret that the traditional oil producer, who was dethroned from the number one position, wants to see the US oil industry fail. We think this could occur fairly soon .

Negative earnings for the past four quarters – that is a recession!

Figure-1 plots the average reported earnings per share for the last quarter alongside the crude oil price. 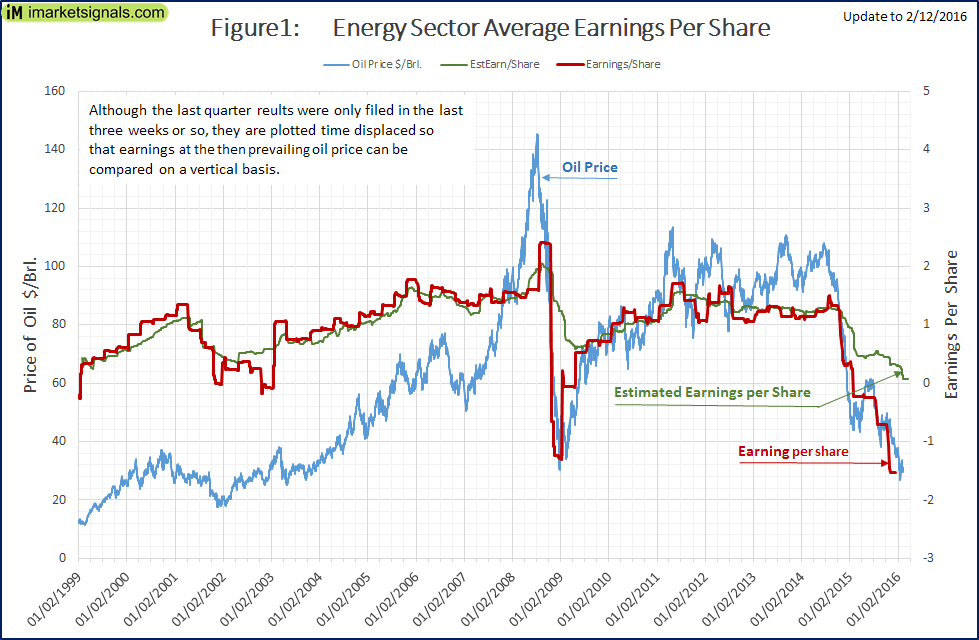 Prior to the great recession the worst reports were for Q4-1998, Q4-2001 and Q4-2002 when near zero earnings were reported. At the height of the great recession negative earnings bottomed at minus $1.35 per share in Q4-2008, however this was preceded by a quarter of record earnings of $2.40 per share.

During up-stock-market-periods the earnings per share exceed $1 per share, but since the decline of the oil price have dropped to negative $1.45, and earnings have been in negative territory now for 12 months. The oil industry is in a deep recession.

Increased borrowings financed the efforts to leverage oil production and returns. The total debt of companies representing the S&P500 energy sector doubled in the last 6 years from $205.9B to $402.8 (compared to a 1.46 increase of debt by the other industries excluding finance.)   These loans are the sword of Damocles hanging over the US oil companies. 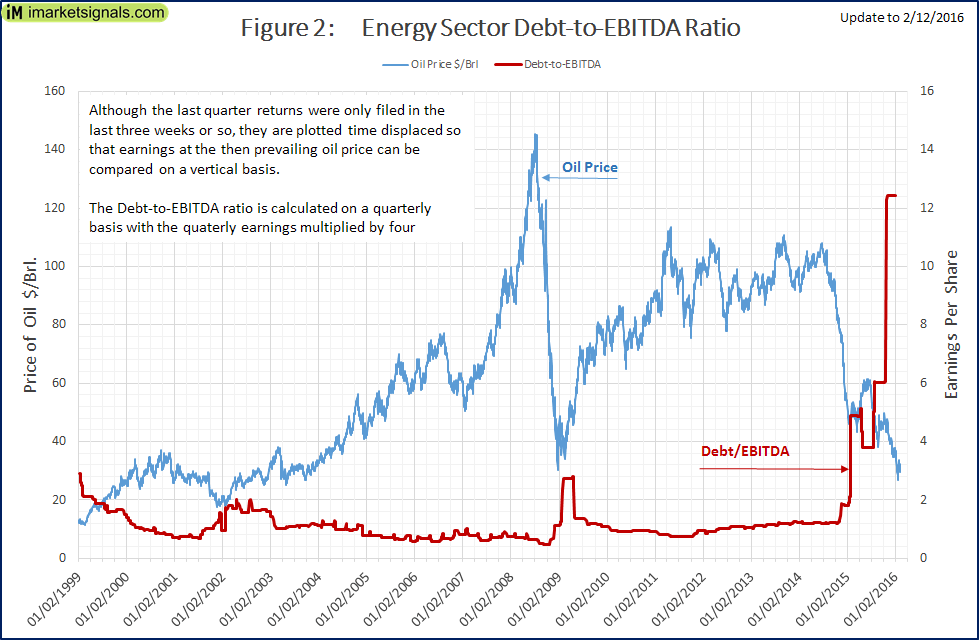 Is there any respite?

Currently the analysts estimate earnings for Q2 and Q3-2016 are at $0.08 and $0.16 respectively. Also in Fig-1 the estimate earnings per share, as forecast by industry analysts, is plotted and can be compared to the actual earnings for that quarter. This clearly suggests that the estimates currently are very optimistic. This would suggest that the oil industry will not recover in the next two quarters and will continue posting negative earnings.

Also, Fig-1 suggest a breakeven oil price of $60; thus an oil price of $80 and above is required before the US energy sector has any relieve from the crisis it is in.

It is time for the politicians to step in and save the strategic US energy industry; they did it for the automotive industry why not for the oil industry?

Similar, the average Debt-to-EBITDA ratio is calculated, using quarterly returns, as the (sum of total debt in the industry sector) divided by (four times the sum of earnings before interest, taxes, depreciation and amortization for the quarter)

2 comments on “Too Many To Fail — It Is Time To Bailout The Oil Industry!”

Posted on Feb 16, 2016 by Anton Vrba
← 2 Comments
With reference to Section 202(a)(11)(D) of the Investment Advisers Act: We are Engineers and not Investment Advisers, read more ... By the mere act of reading this page and navigating this site you acknowledge, agree to, and abide by the Terms of Use / Disclaimer