Minimum volatility stocks should provide exposure to the stock market with potentially less risk, seeking to benefit from what is known as the low-volatility anomaly. Consequently, they should show reduced losses during declining markets, but should also show lower gains during rising markets. However, our backtests show that better returns than the broader market can be obtained under all market conditions by selecting 12 of the highest ranked stocks of a universe made up from minimum volatility stocks of the iShares MSCI USA Minimum Volatility ETF USMV.

To test these findings we launched the Best12(USMV)Q3-Investor and Best12(USMV)Trader on Jun-30-2014 and provided weekly reports of holdings and performance for the two portfolios on our website. The performances for almost one year are depicted in the figures below.

One notes that performance of the Investor model relative to USMV diminished from end of March 2015, whereas the Trader’s performance was marginally better than USMV over this period. This could be due to the Investor still holding 10 of the original stocks from inception onwards (353 days), while the Trader’s stock holdings were periodically renewed. The Investor model will be rebalanced for the first time at the end of the first week of July 2015 and should have the majority of its current holdings replaced by higher ranked stocks. 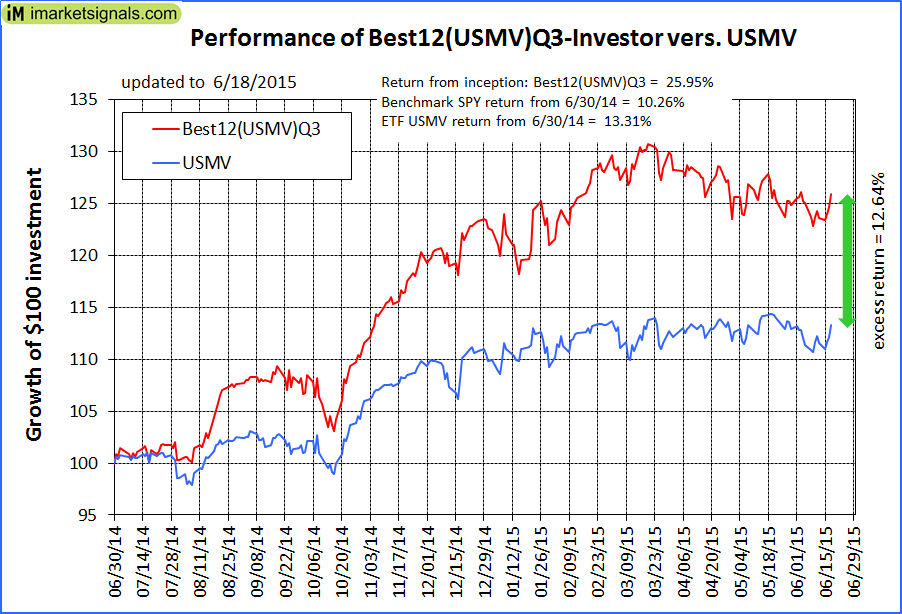 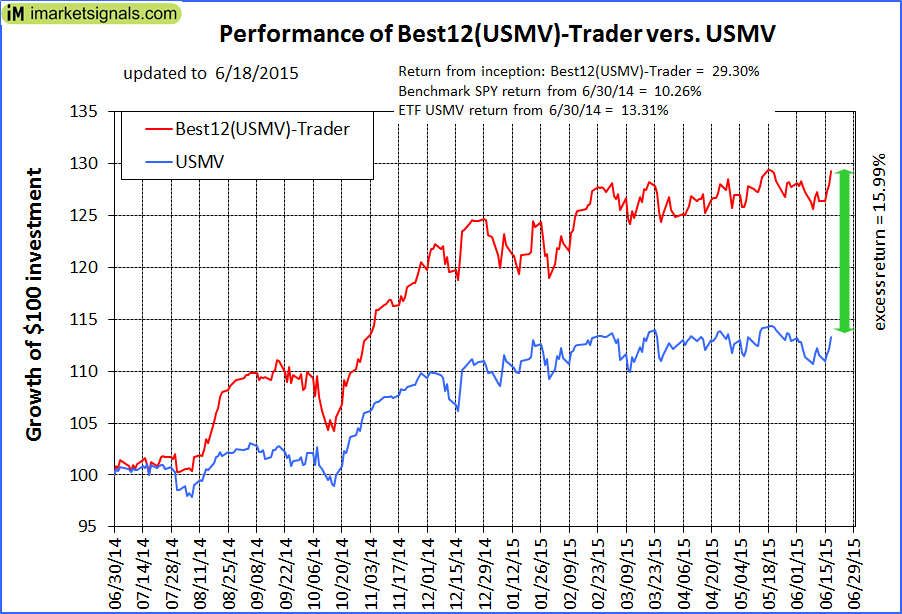 Disclaimer: Although the performance of the two models have been considerably better than that of USMV, one should not commit capital in the expectation that strategies that worked well for one year are therefore also bound to do well in the future.

Posted on Jun 19, 2015 by Anton Vrba
← 4 Comments
With reference to Section 202(a)(11)(D) of the Investment Advisers Act: We are Engineers and not Investment Advisers, read more ... By the mere act of reading this page and navigating this site you acknowledge, agree to, and abide by the Terms of Use / Disclaimer