The Minimum Volatility Stock Universe of the S&P 500

Minimum volatility stocks should exhibit lower drawdowns than the broader market and show reasonable returns over an extended period of time. It was found that a universe of stocks mainly from the Health Care, Consumer Staples and Utilities sectors satisfied those conditions.

This model differs from our Best8(S&P500 Min-Volatility) system with regard to the hedge used and additional sell rules to make holding periods mostly longer than one year so that long term capital gain tax rates would apply. Also a position showing a loss greater than 25% may be sold earlier. All other parameters and ranking system are the same.

Under some conditions, such as mergers, a stock will be sold and replaced. This may invoking a short term gain for tax purposes if the holding period was less than one year.

The model assumes that stocks are bought and sold at the next day’s average of the Low and High price after a signal is generated. Variable slippage accounting for brokerage fees and transaction slippage was taken into account.

By comparison, the Tax Efficiency of the Best8(S&P500 Min-Volatility) system which trades frequently was only 18.6% as shown in Table 2. Since both models show the same annualized return of about 36% it would be more advantageous to follow the Tax Efficient system when trading outside a tax-sheltered account. 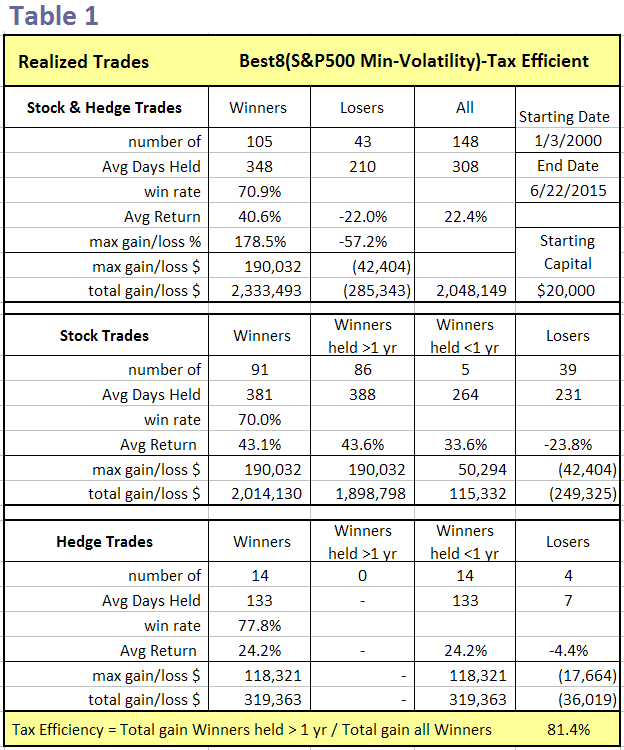 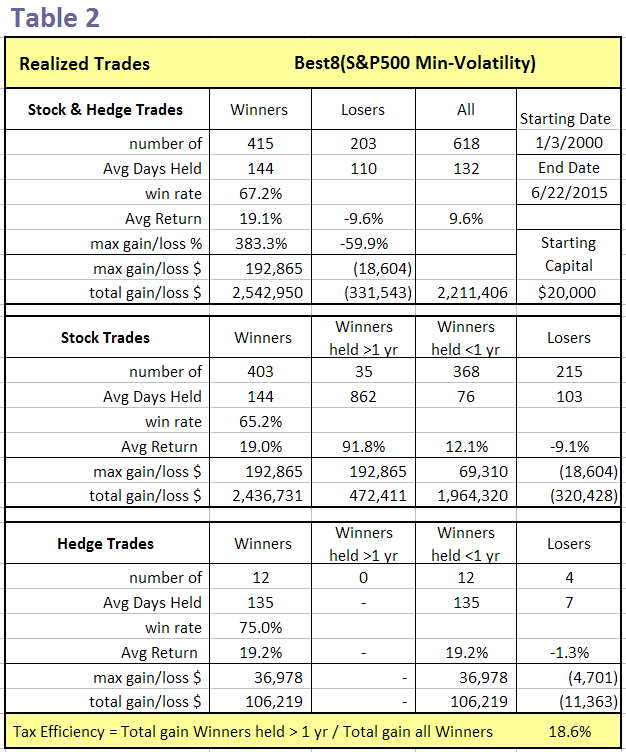 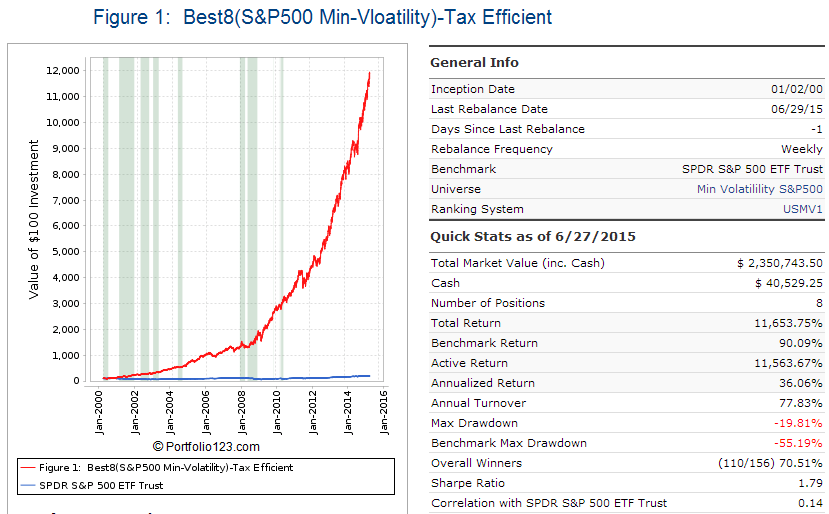 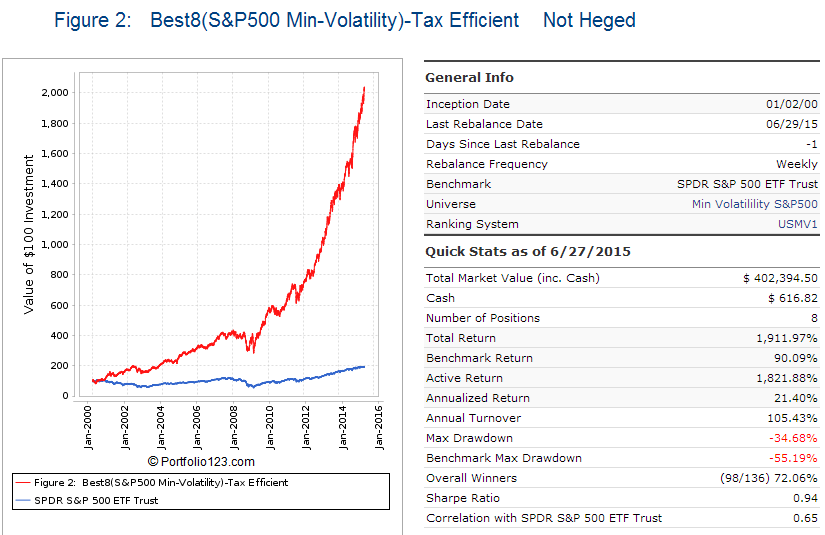 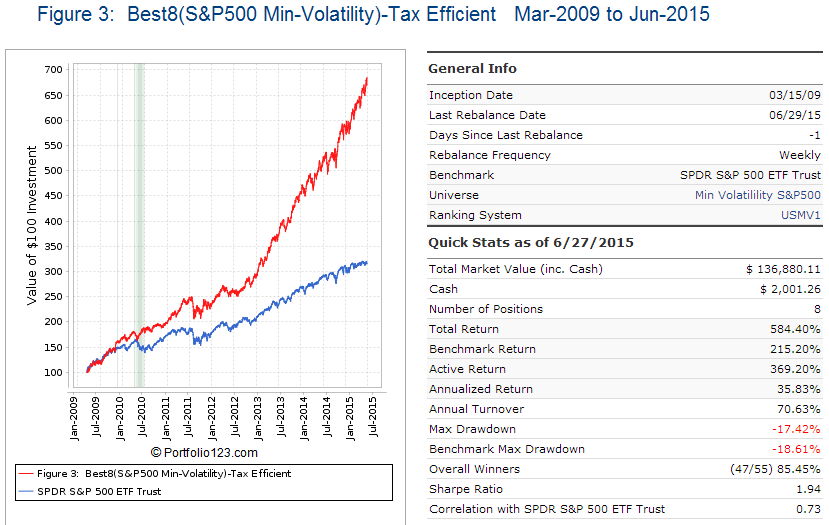 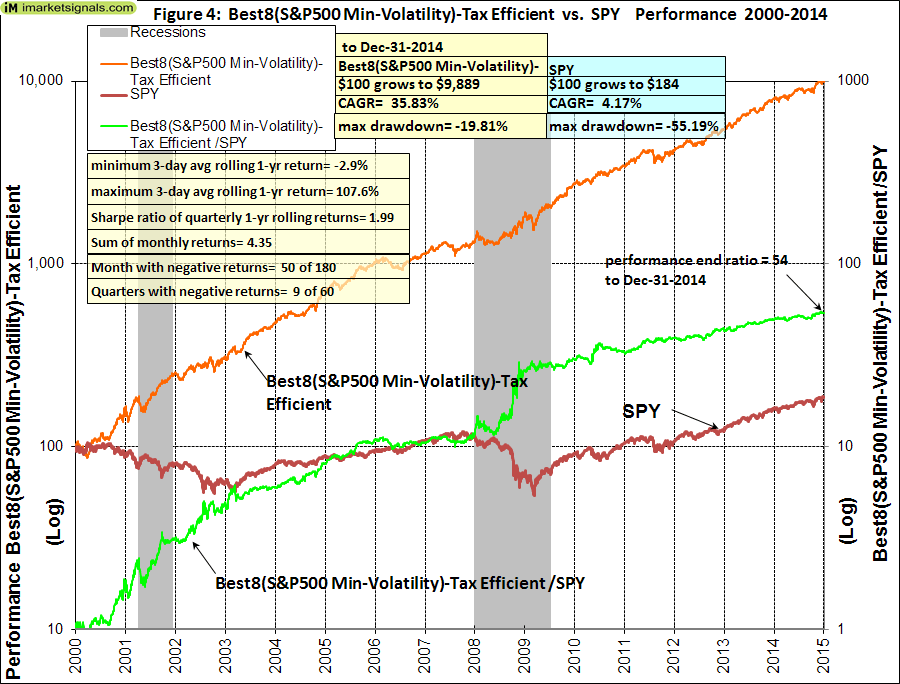 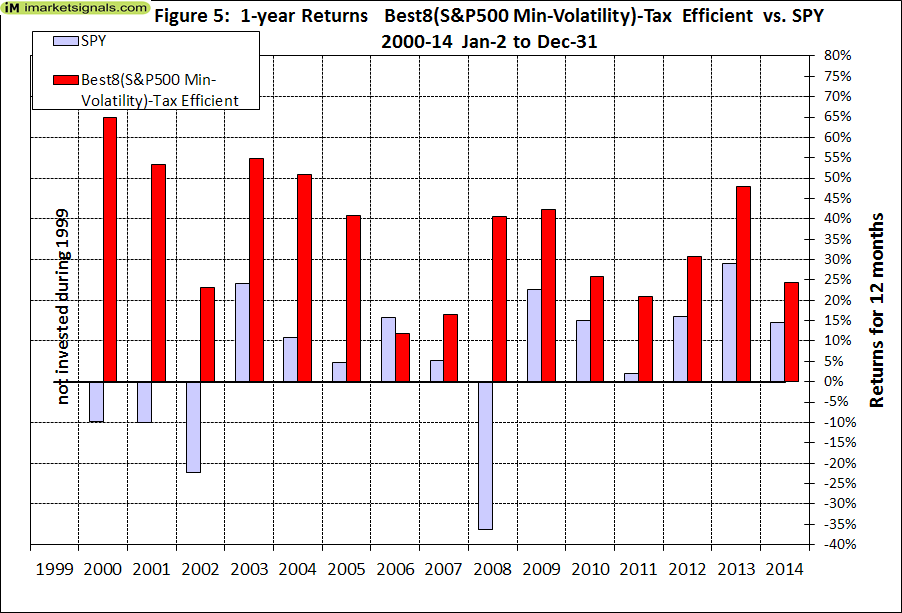 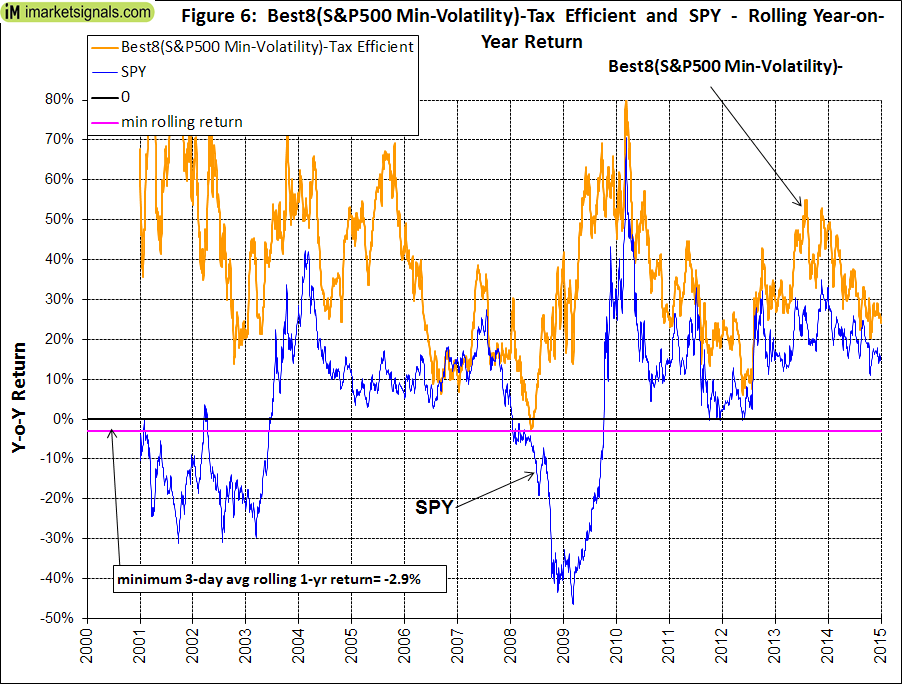 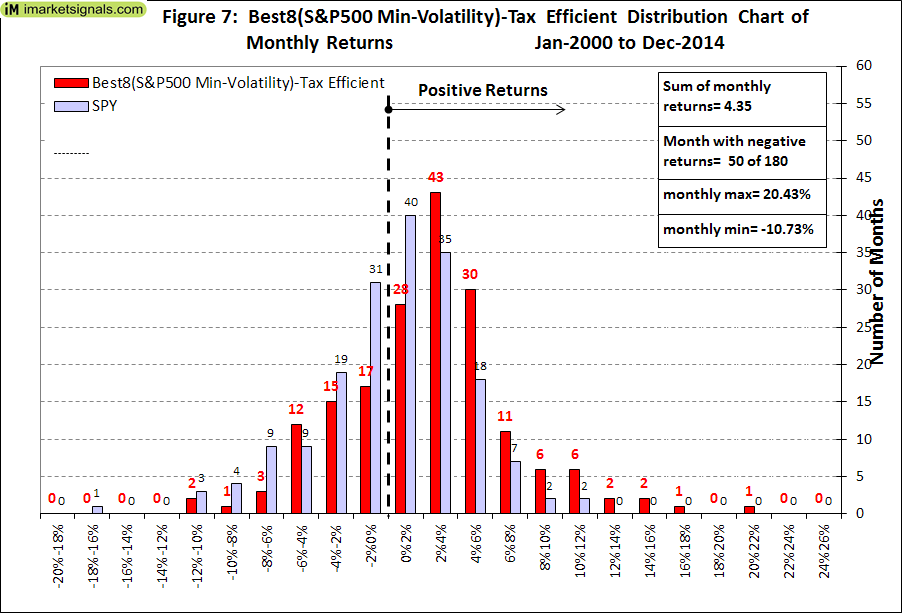 Posted on Jun 28, 2015 by Georg Vrba
← 37 Comments
With reference to Section 202(a)(11)(D) of the Investment Advisers Act: We are Engineers and not Investment Advisers, read more ... By the mere act of reading this page and navigating this site you acknowledge, agree to, and abide by the Terms of Use / Disclaimer