The backtest reported in this article showed that ranking the holdings of USMV, the iShares MSCI USA Minimum Volatility ETF, and selecting a portfolio of the 12 top ranked stocks, provided higher returns for the buy&hold portfolio than for the underlying ETF. To test these findings out-of-sample we launched the Best12(USMV)-July-2014on Jun-30-2014 and the first sister model Best12(USMV)-Oct-2014 on Sep-29-2014. Holdings and performance have been published weekly on our website since then. So far to Dec-15-2014 these portfolios have gained 19.2% (6.8%) and 10.5% (5.3%), respectively. (USMV gains are in brackets.) The test will be expanded by the launch on Jan-5-2015 of the second of the three sister models quarterly displaced, the Best12(USMV)-Jan-2015, which again will consist of the 12 highest ranked stocks of the then point-in-time holdings of USMV.

Eventually there will be four quarterly displaced Best12(USMV) models at iMarketSignals to check whether the out-of-sample (OOS) performances of the models exceeds those of USMV over the same periods. Only when the OOS periods are long enough can one decide whether this is a profitable investment strategy. One can probably assume this to be the case if by the end of next year the combined returns of the models is indeed significantly higher than the combined returns of USMV for the corresponding periods. Although the performance of the two models have been considerably better than that of USMV, one should not commit capital in the expectation that strategies that worked well in-sample, and for a few months OOS, are therefore also bound to do well in the future.

It is relatively simple to “overfit” an investment strategy so that it performs well in-sample, but the more complex a model is, the higher the likelihood of the OOS performance to underperform the backtest’s results. Therefore a simple algorithm with only a few parameters was chosen, with buy- and sell rules kept to a minimum, details of which were provided in the original article. The model should also be tax-efficient because the holding period for each stock will normally be at least one year long.

Table 1 below shows the current holdings, unchanged since inception, and return for each position. 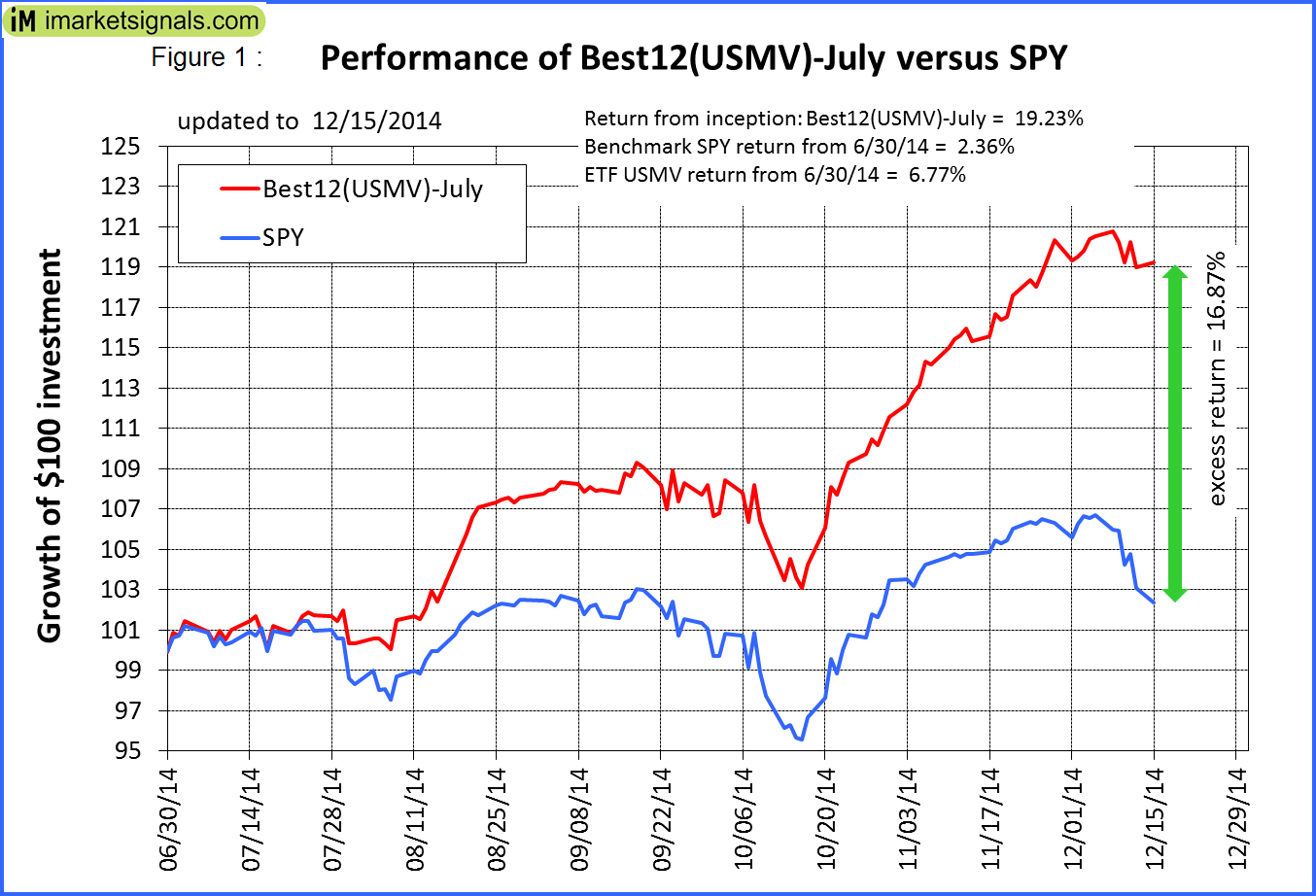 Table 2 below shows the current holdings, unchanged since inception, and return for each position. 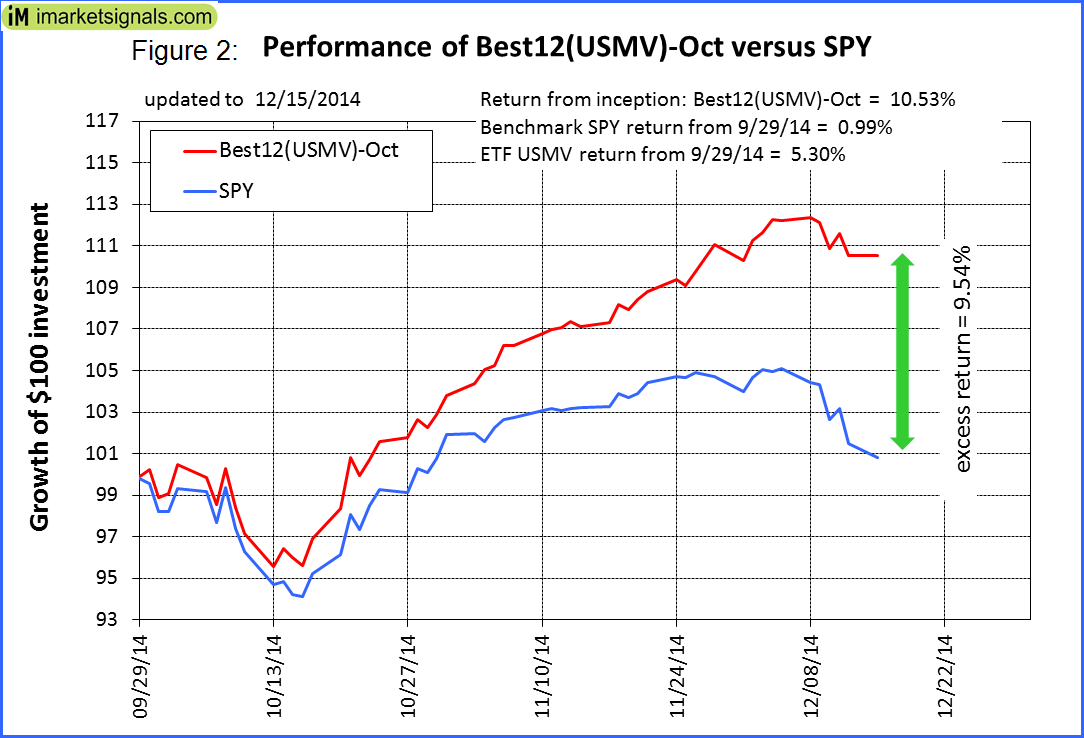 At our website, the weekly performance update could be followed already from July 2014 onward. It was originally predicted that a 12-stock model should outperform USMV, which the results of the July and October models so far confirm. (The weekly updates can also be viewed by non-subscribers to iM in the archive section, delayed by a few weeks.)

To track performance over an extended OOS period we will be adding, additional to the Jul-2014 and Oct-2014 models, another two similar models, the Jan-2015 and Apr-2015 models. At inception each model will have a 12-stock portfolio selected from the point-in-time holdings of USMV.

It is expected that by April 2015 the combined stock holdings of the four models will be about 20% of the holdings of USMV, about 30 different stocks. The portfolio is expected to show better returns than USMV, provided that the OOS performance continuous to confirm the backtest’s results.

The combined models hold 18 different stocks of which 6 are represented in both models as shown in the table below.

Posted on Dec 16, 2014 by Georg Vrba
← 8 Comments
With reference to Section 202(a)(11)(D) of the Investment Advisers Act: We are Engineers and not Investment Advisers, read more ... By the mere act of reading this page and navigating this site you acknowledge, agree to, and abide by the Terms of Use / Disclaimer