The 11/26/2020 DOL Unemployment Insurance indicates a continued improvement in the insured employment situation even though the initial claims remain high and have increased over last week, but seemingly trending towards the long-term average.

The non-seasonal adjusted continuous insured unemployment totaled 5,911,965 a decrease of 167,617 from the preceding week.

Also, total number of people claiming benefits in all programs for the week ending November 7 was 20,452,223, an invrease of 135,297 from the preceding week.

These reported numbers, which are graphed below, indicate:

In the current COVID-19 situation we believe that the only meaningful figures from DOL’s weekly report are: 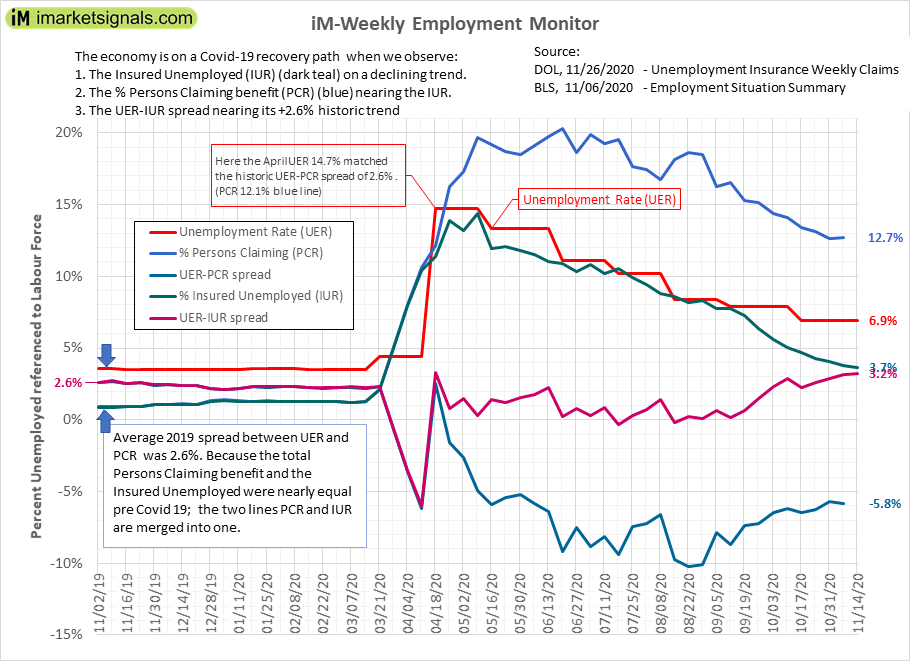 In the figure above we graph the following:

A recovery would be indicated by the following:

Posted on Nov 27, 2020 by Anton Vrba
No Comments
With reference to Section 202(a)(11)(D) of the Investment Advisers Act: We are Engineers and not Investment Advisers, read more ... By the mere act of reading this page and navigating this site you acknowledge, agree to, and abide by the Terms of Use / Disclaimer