iM’s BCI Does Not Signal a Recession: Update January 1, 2014

Knowing when the U.S. Economy is heading for recession is paramount for successful investment decisions. Our weekly Business Cycle Index (BCI) would have provided early reliably warnings for the past seven recessions. The BCI at 185.4 is up from last week’s 184.9. No recession is signaled by both the derived indicators; BCIg, expressed to one decimal place at 18.6 is down from last week’s 19.1, and BCIp at 97.1 indicates that, for this business cycle, BCI is slightly down from its previous peak. 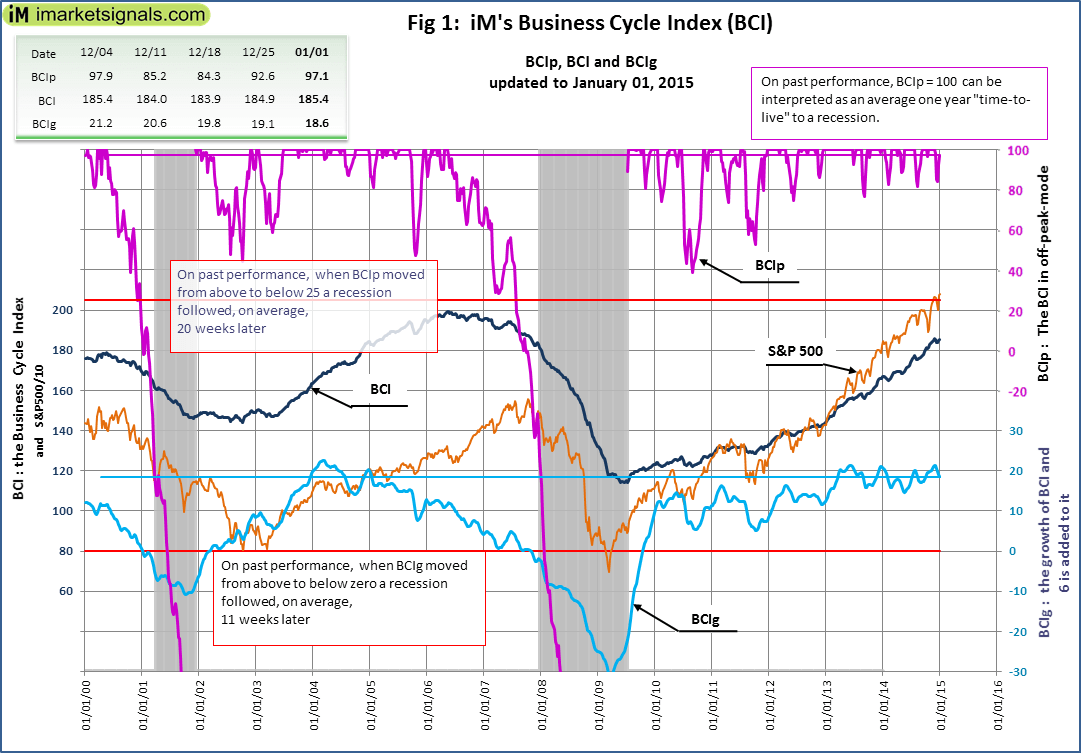 The 6-month smoothed annualized growth rate of series is a well-established method to extract an indicator from the series. We use this method to obtain BCIg, i.e. the calculated growth rate with 6.0 added to it, which generates, on past performance, an average 11 week leading recession signal when BCIg falls below zero. Further, the index BCI retreats from its cyclic peak prior to a recession in a well-defined manner allowing the extraction of the alternate indicator BCIp (and its variant BCIw) from which, on average, 20 week leading recession signal is generated when BCIp falls below 25. More details can be found here (BCI and BCIg), here (BCIp) and here (BCIw). 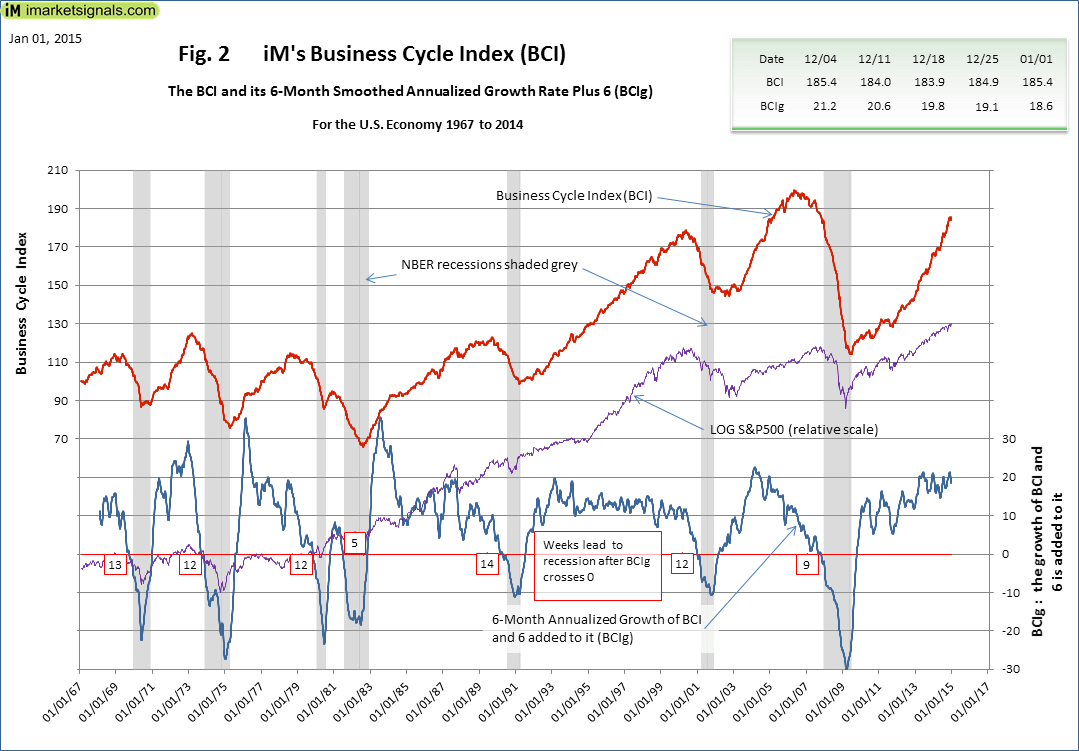 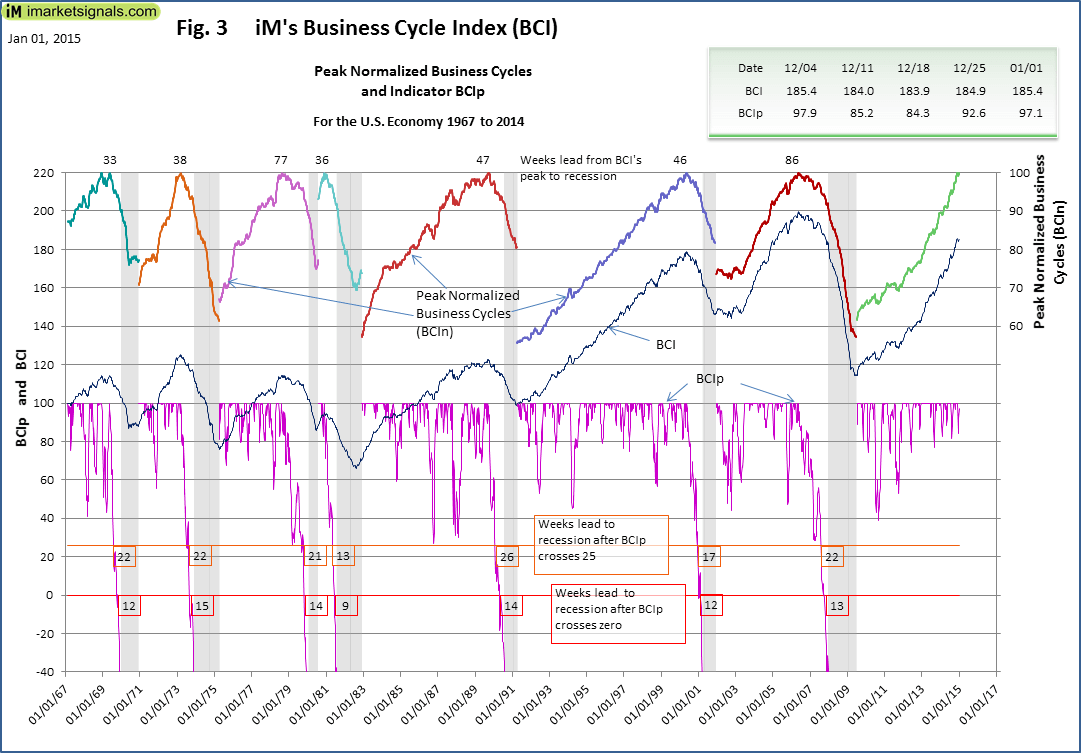 Posted in BCI
Posted on Jan 2, 2015 by Anton Vrba
With reference to Section 202(a)(11)(D) of the Investment Advisers Act: We are Engineers and not Investment Advisers, read more ... By the mere act of reading this page and navigating this site you acknowledge, agree to, and abide by the Terms of Use / Disclaimer