Home › blogs › iM-Combo2: A Small-Cap Model in Combination with iM-Best(SPY-SH)

Using a third party small-cap model from the web-based trading simulation platform in combination with our iM-Best(SPY-SH), we demonstrate the benefits of combining this model with iM-Best(SPY-SH), these include a reduced volatility, constant positive rolling returns, and high annualized returns with low drawdowns. The model was chosen because its algorithm does not include market-timing, and also because it holds 50 stocks, has a low annual turnover, and should be able to support a relatively high total portfolio size of $3.5-million on its own.

It is interesting that this combination of a small/micro-cap and iM-Best(SPY-SH) model would have produced virtually the identical return as the large-cap Combo5, not only from inception, but also over different time periods as shown in the table below.

The component models and their percentage weights in the combination are listed below:

This combination model is always trading long, and has a low average annual turnover of about 350%.

The combination, Combo2, would have produced, an annualized return of 33.6% with a maximum drawdown of only -18% as shown in Figure 1. The in-between-recession segments of the ratio graph Combo2 to SPY have a fairly constant upward slope, indicating that Combo2 out-performed SPY most of the time.

Had one left out the iM-Best(SPY-SH), then the annualized return for the Keating model alone would have been 35.3% with a maximum drawdown of -47.7%, as shown in Figure 1a. This is almost the same as Combo2’s return, but with a much worse drawdown. However, the ratio graph Keating to SPY shows the undesirable erratic performance of the Keating model relative to SPY without the stabilizing effect of iM-Best(SPY-SH). 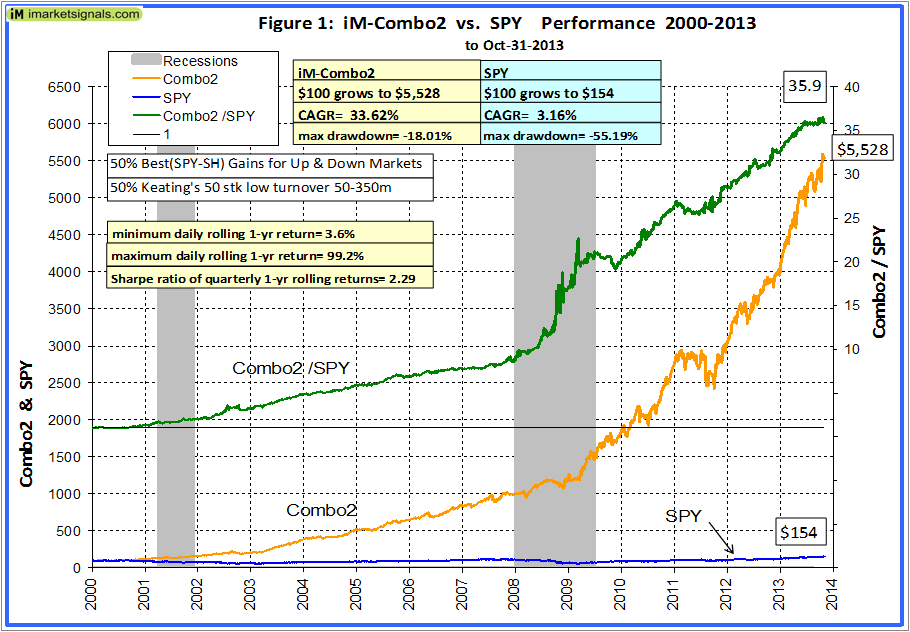 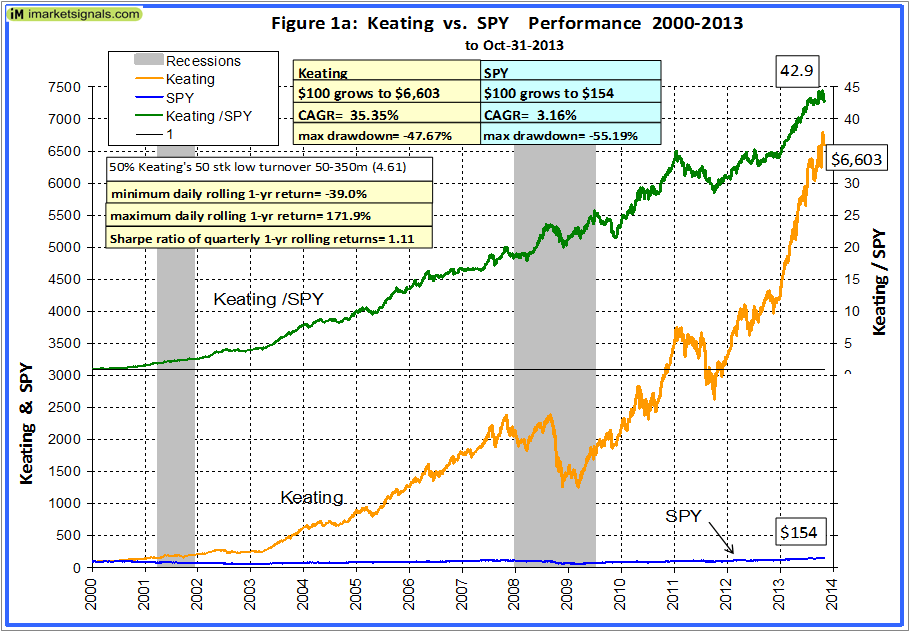 Figure 2 shows the annual returns for Combo2. Note that all returns were positive, which is not the case when iM-Best(SPY-SH) is omitted, as can be seen in Figure 2.a. 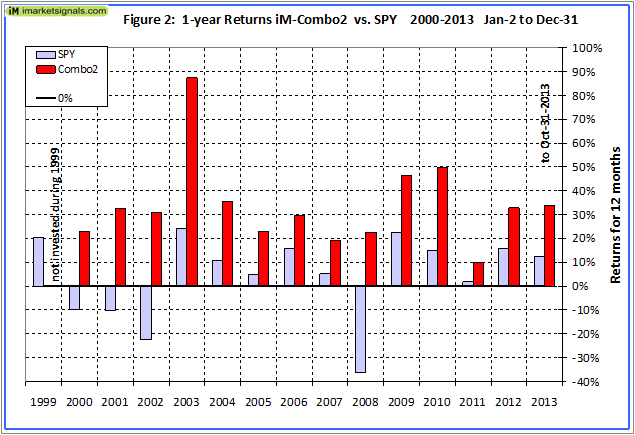 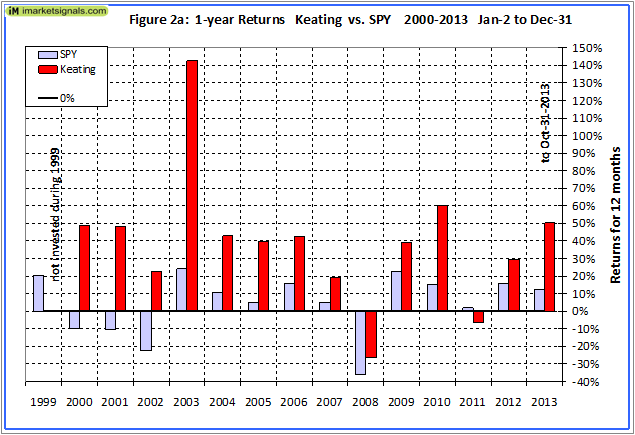 Without iM-Best(SPY-SH) and in the combination, then as shown in Figure 3a, the lowest rolling return would have been a very low -39.0%. One can see that the negative rolling returns lasted for more than a year from the middle of 2008 onward, and there was another period in 2011-12 when the minimum was about -10%, with the Keating model under-performing SPY. 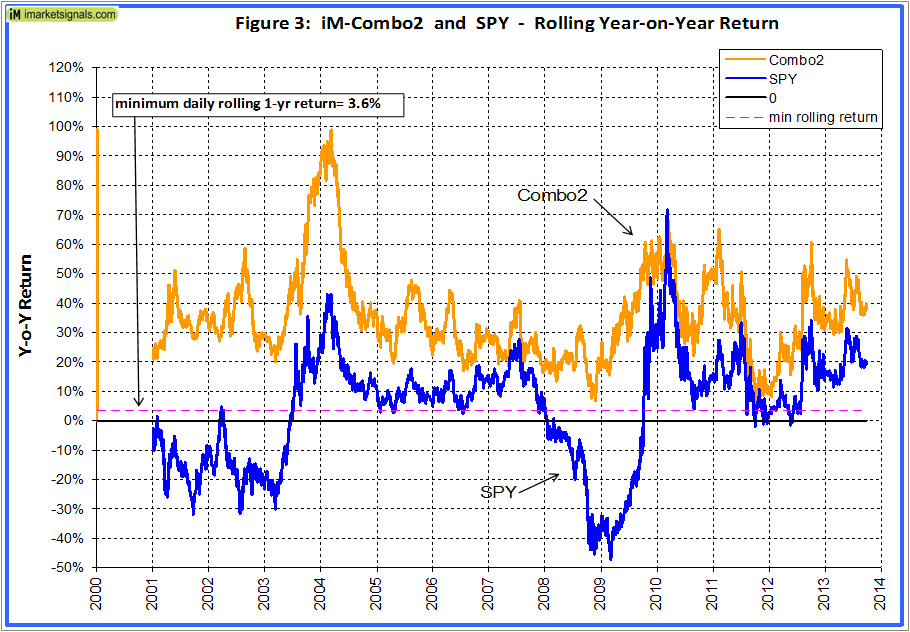 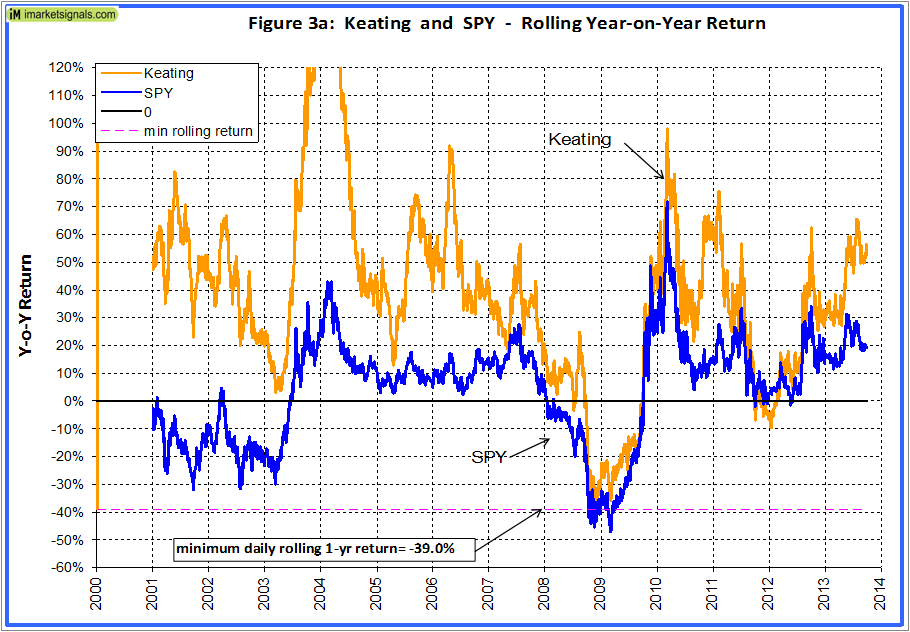 The correlation between the two models was calculated to be zero. From a portfolio construction standpoint, the combination should be more robust than any single system on its own. 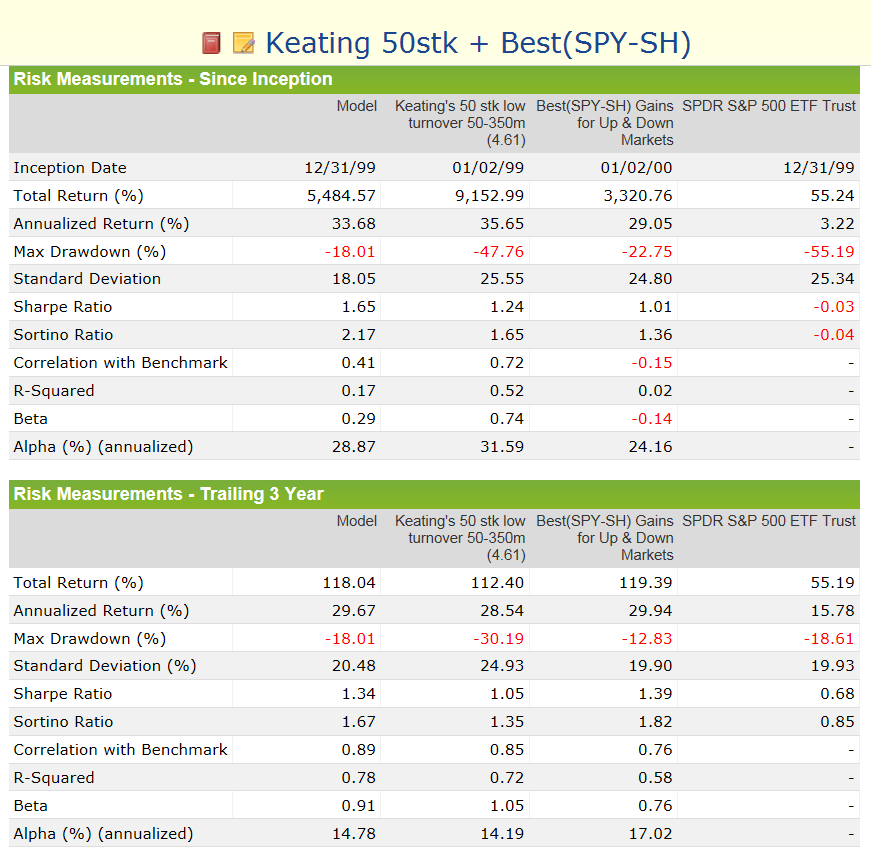 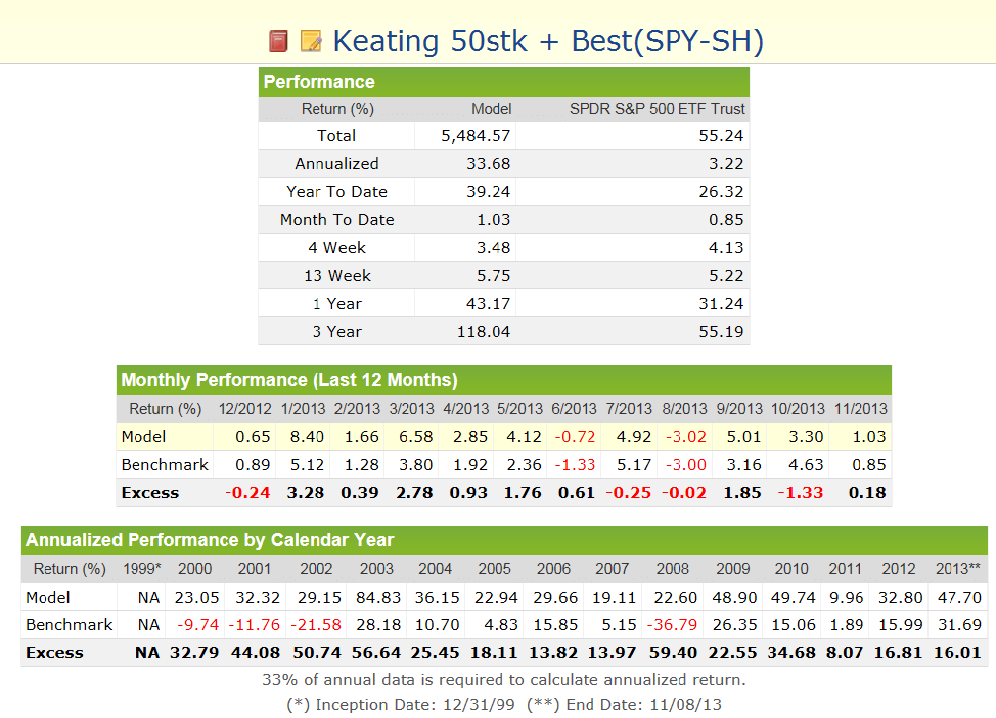 There were a total of 166 months in the period under consideration. Combo2 produced positive returns during 125 months and only 41 months of negative returns, as is evident from the chart above. 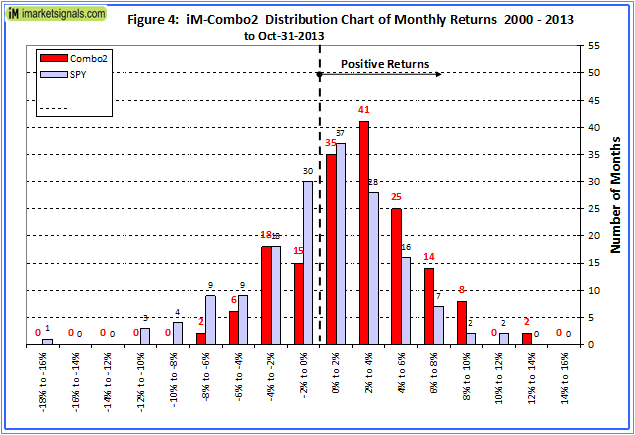 The maximum portfolio size is dependent on the liquidity of the stocks and ETFs in the model. The ETFs have huge liquidity and will not place a constraint on portfolio size. To calculate the maximum size a portfolio can handle without incurring too much slippage the following formula is recommended:

The Keating model has the lowest liquidity of the bottom 20 Pct, and is thus the critical model in the combination. It represents 50% of the total portfolio.

4 comments on “iM-Combo2: A Small-Cap Model in Combination with iM-Best(SPY-SH)”

Posted on Nov 6, 2013 by Georg Vrba
← 4 Comments
With reference to Section 202(a)(11)(D) of the Investment Advisers Act: We are Engineers and not Investment Advisers, read more ... By the mere act of reading this page and navigating this site you acknowledge, agree to, and abide by the Terms of Use / Disclaimer