There is no bell ringing when the market peaks before recessions, but indicators such as iMarketSignals’ Business Cycle Index (BCI) are useful in identifying recession starts well in advance. By exiting the stock market at the time of BCI’s recession signals, investors would still have avoided about 60% of the market declines from pre-recession peaks to inter-recession troughs on average.

The BCI, its growth BCIg, signal dates and the S&P500 are shown in Figure 1. 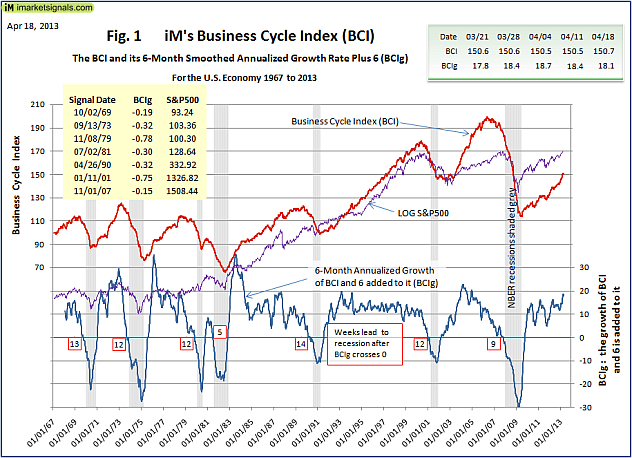 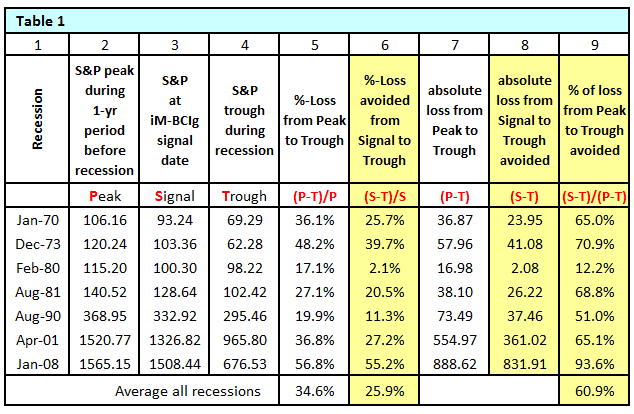 The BCI was developed for reliable recession prediction, thus re-entry signals into the market are provided by other models.

Tagged with: BCI
Posted in blogs

Posted on Apr 24, 2013 by Anton Vrba
← 2 Comments
With reference to Section 202(a)(11)(D) of the Investment Advisers Act: We are Engineers and not Investment Advisers, read more ... By the mere act of reading this page and navigating this site you acknowledge, agree to, and abide by the Terms of Use / Disclaimer