The Minimum Volatility Stock Universe of the S&P 500

Minimum volatility stocks should exhibit lower drawdowns than the broader market and show reasonable returns over an extended period of time. It was found that a universe of stocks mainly from the Health Care, Consumer Staples and Utilities sectors satisfied those conditions.

This minimum volatility universe of the S&P 500 currently holds 117 large-cap stocks (market cap ranging from $4- to $277-billion), and there were 111 stocks in the universe at the inception of the model, in Jan-2000.

The ranking system employed is the same as for our Best8(S&P500 Min-Volatility) system, but the trading system differs in regard to the hedge used and some additional sell rules.

The model assumes that stocks are bought and sold at the next day’s average of the Low and High price after a signal is generated. Variable slippage of about 0.12% of a trade amount was taken into account to provide for brokerage fees and transaction slippage.

An analysis of all the realized trades is shown in Table 1. There were 505 winning trades out of 735, resulting in a win rate of 68.7%. The average yearly turnover was about 350%. On average a position was held for 83 days. 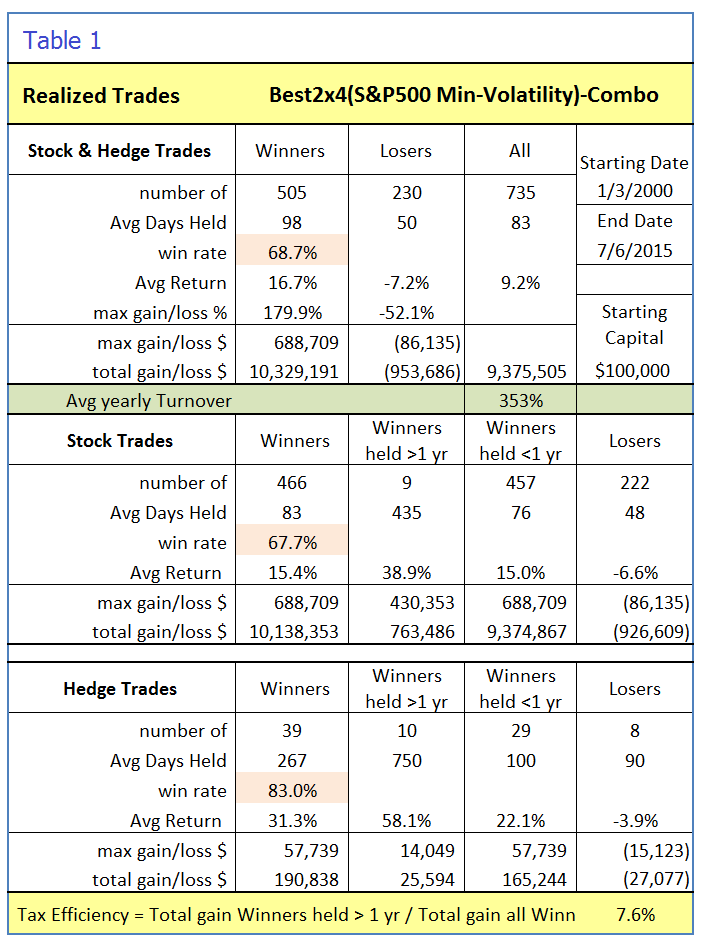 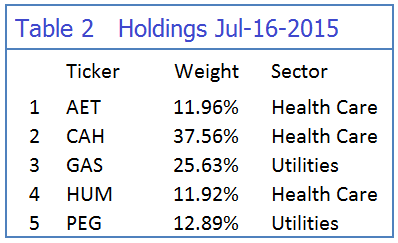 In the figures below, the red graph represents the model and the blue graph shows the performance of benchmark SPY. The backtest period was 15.5 years, from January 2000 to June 2015. 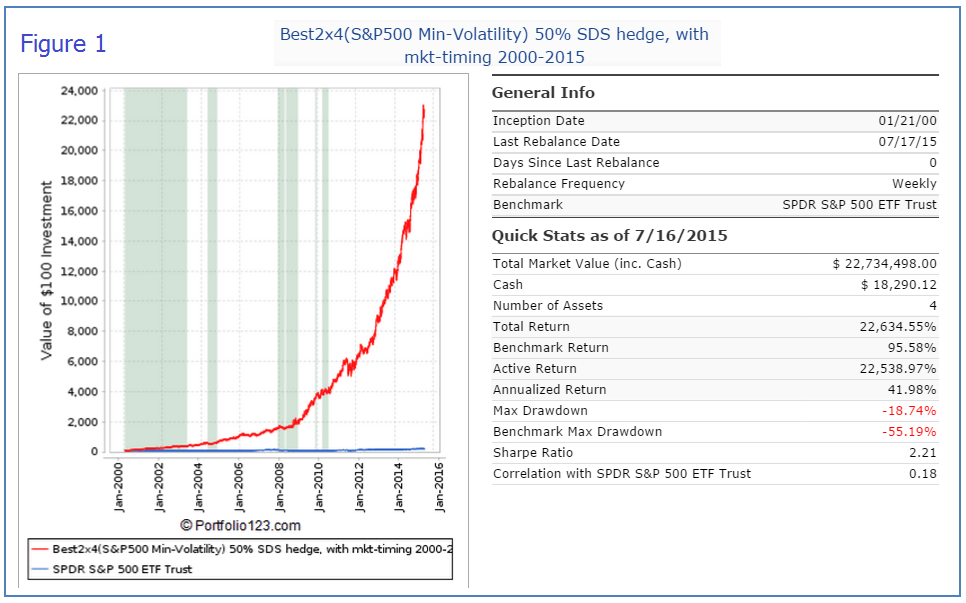 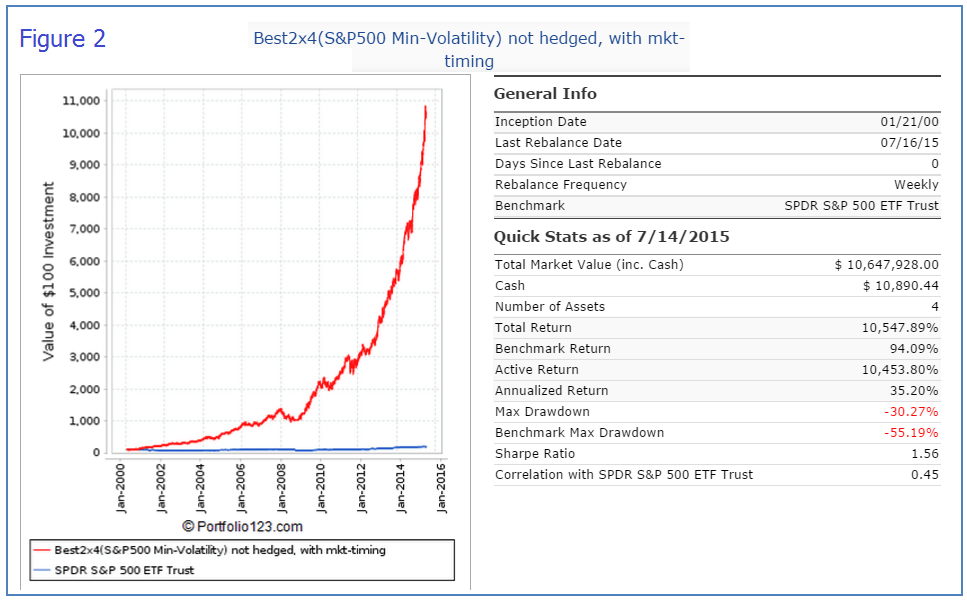 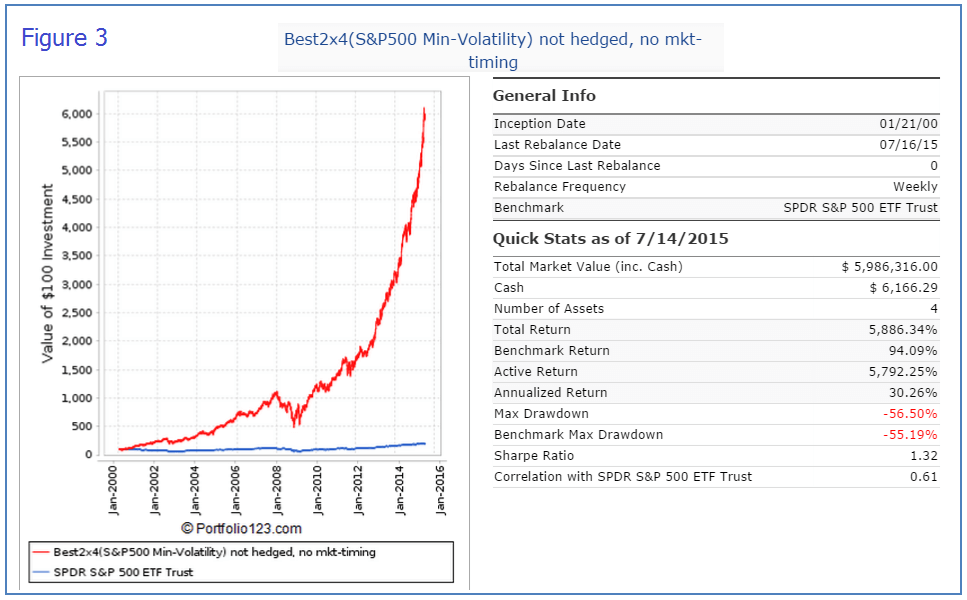 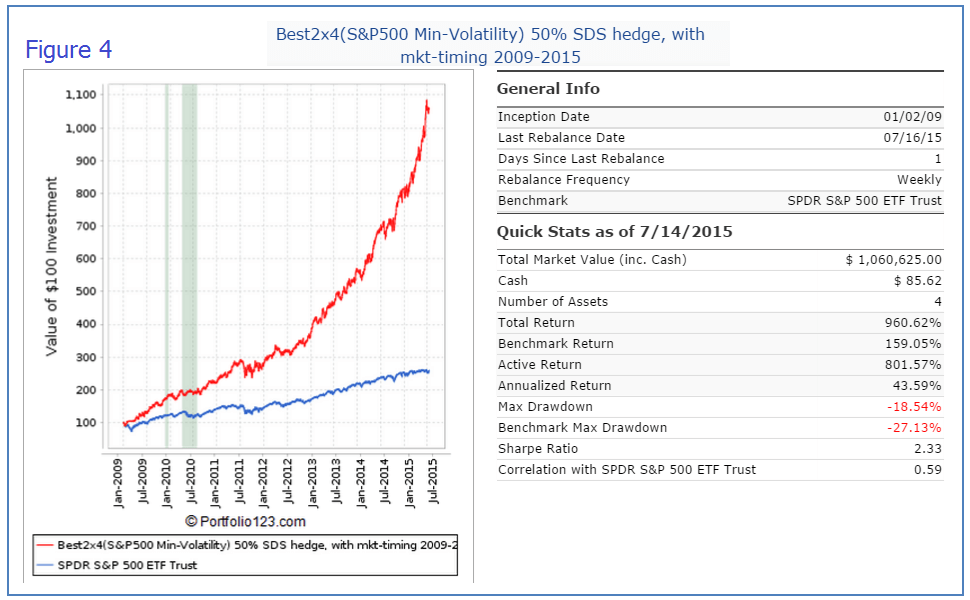 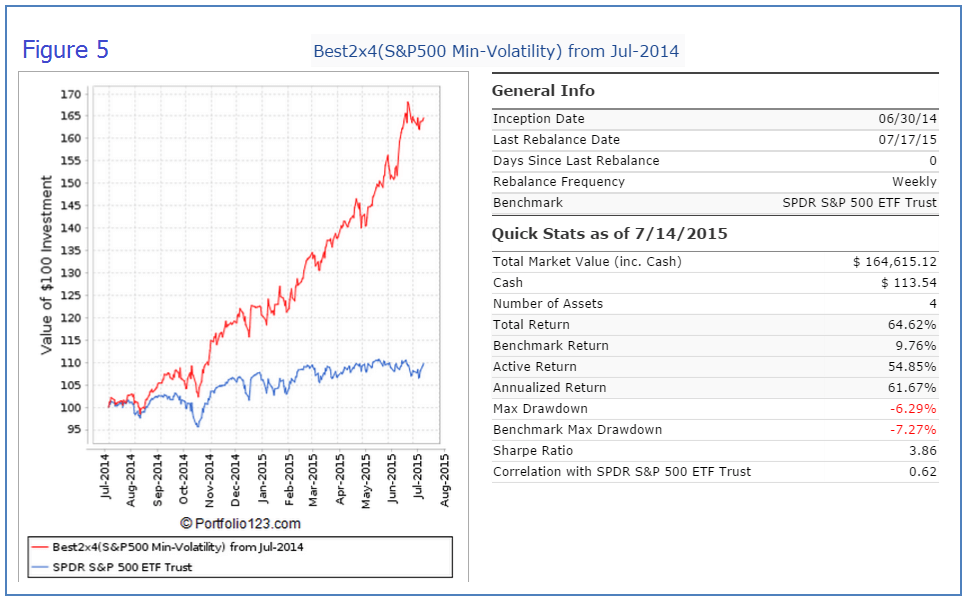 Figures 6 to 10 show performance details from Jan-2000 to Dec-2014 for the model with hedging and market timing: 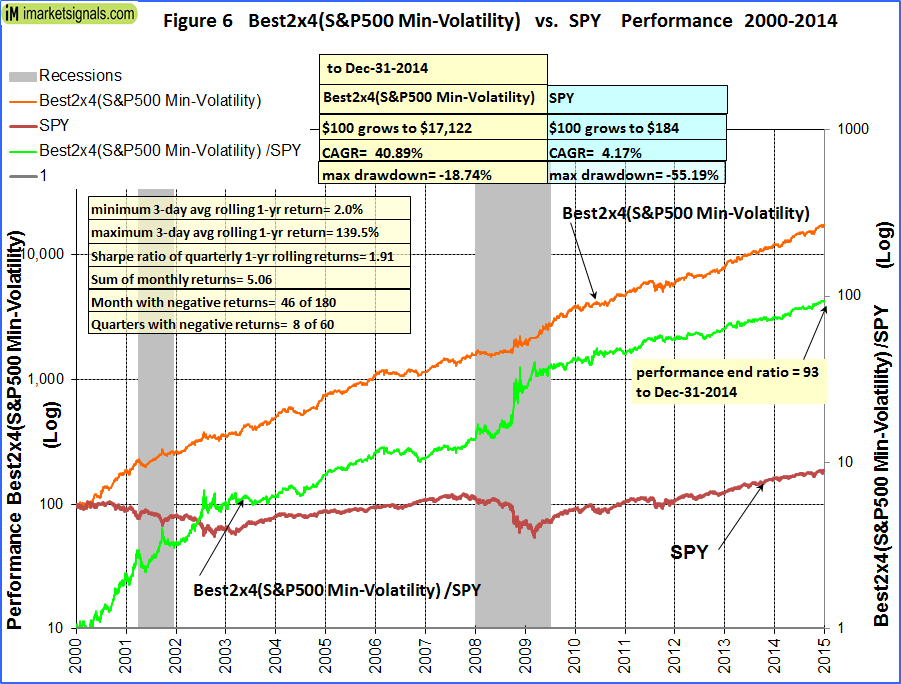 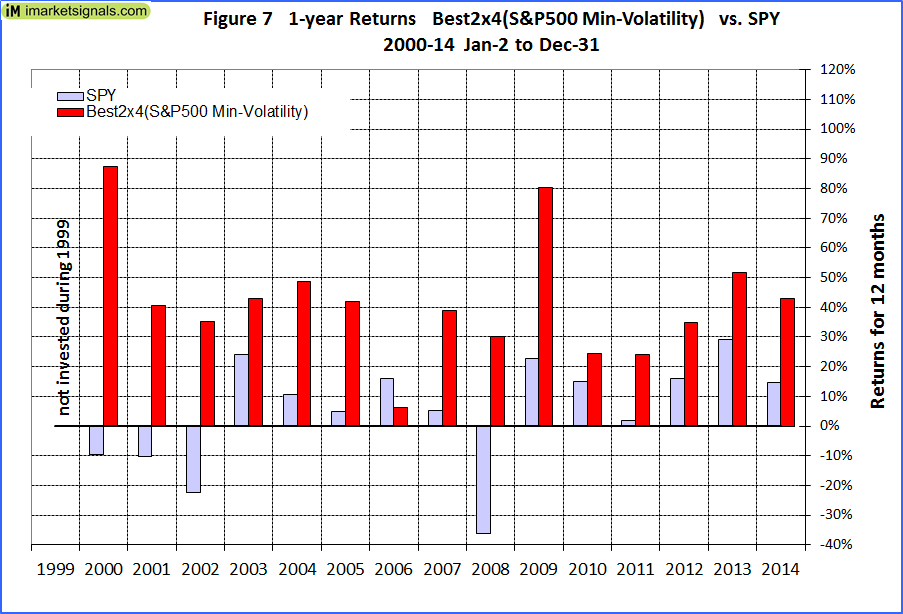 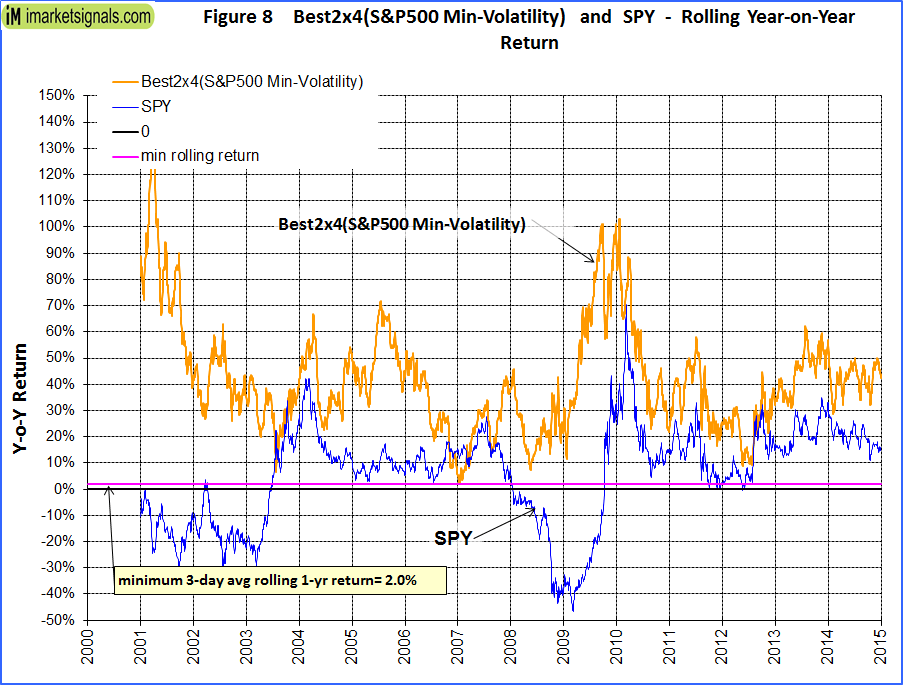 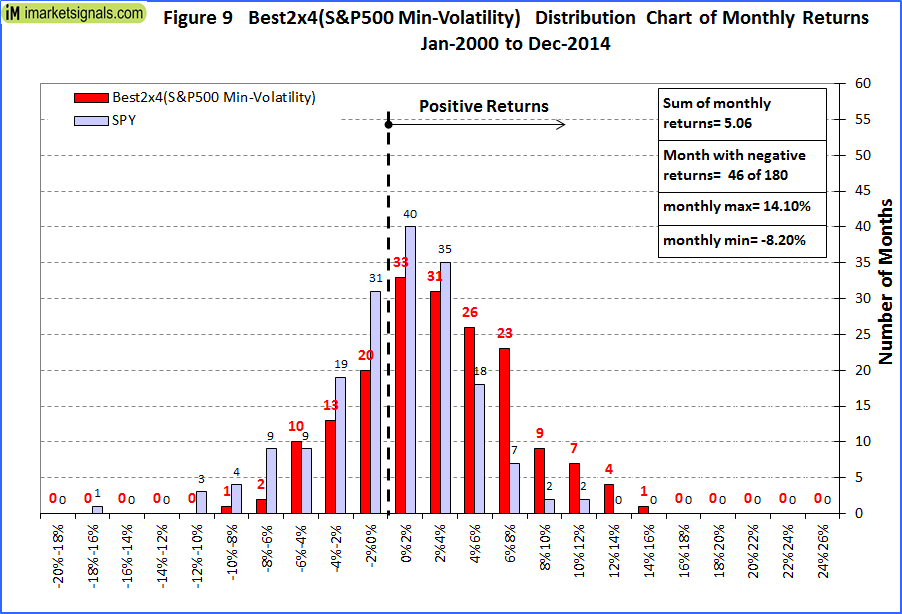 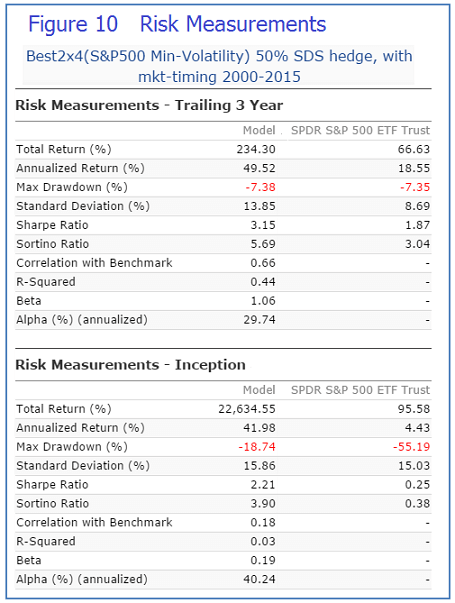 This model can be followed, exclusively, live at iMarketSignals where it will be updated weekly together with our other trading models. It will not be available as a subscription model at Portfolio 123.

Posted on Jul 23, 2015 by Georg Vrba
← 14 Comments
With reference to Section 202(a)(11)(D) of the Investment Advisers Act: We are Engineers and not Investment Advisers, read more ... By the mere act of reading this page and navigating this site you acknowledge, agree to, and abide by the Terms of Use / Disclaimer