Home › featured › The March 2020 Unemployment Rate Is Signaling A Recession

The March 2020 Unemployment Rate Is Signaling A Recession

A reliable source for recession forecasting is the unemployment rate, which can provide signals for the beginning and end of recessions (Appendix B charts the UER recession indicator for the period 1948 to 2015).

As anticipated (article link), the unemployment rate model (article link) updated with the March 2020 rate of 4.4% does now signal a recession.

Referring to the chart below and looking at the end portion of it, one can see that all three of the conditions for the start of a recession have been met. 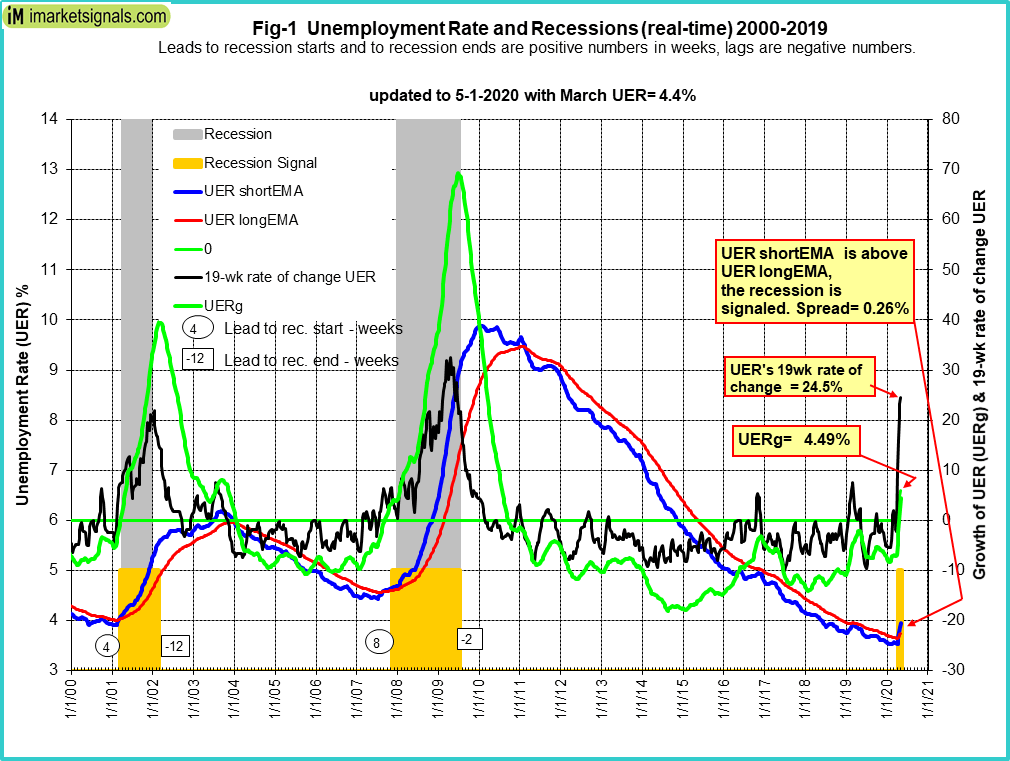 Based on the historic patterns of the unemployment rate indicators prior to recessions, one can reasonably conclude that the U.S. economy has enetered a recession. 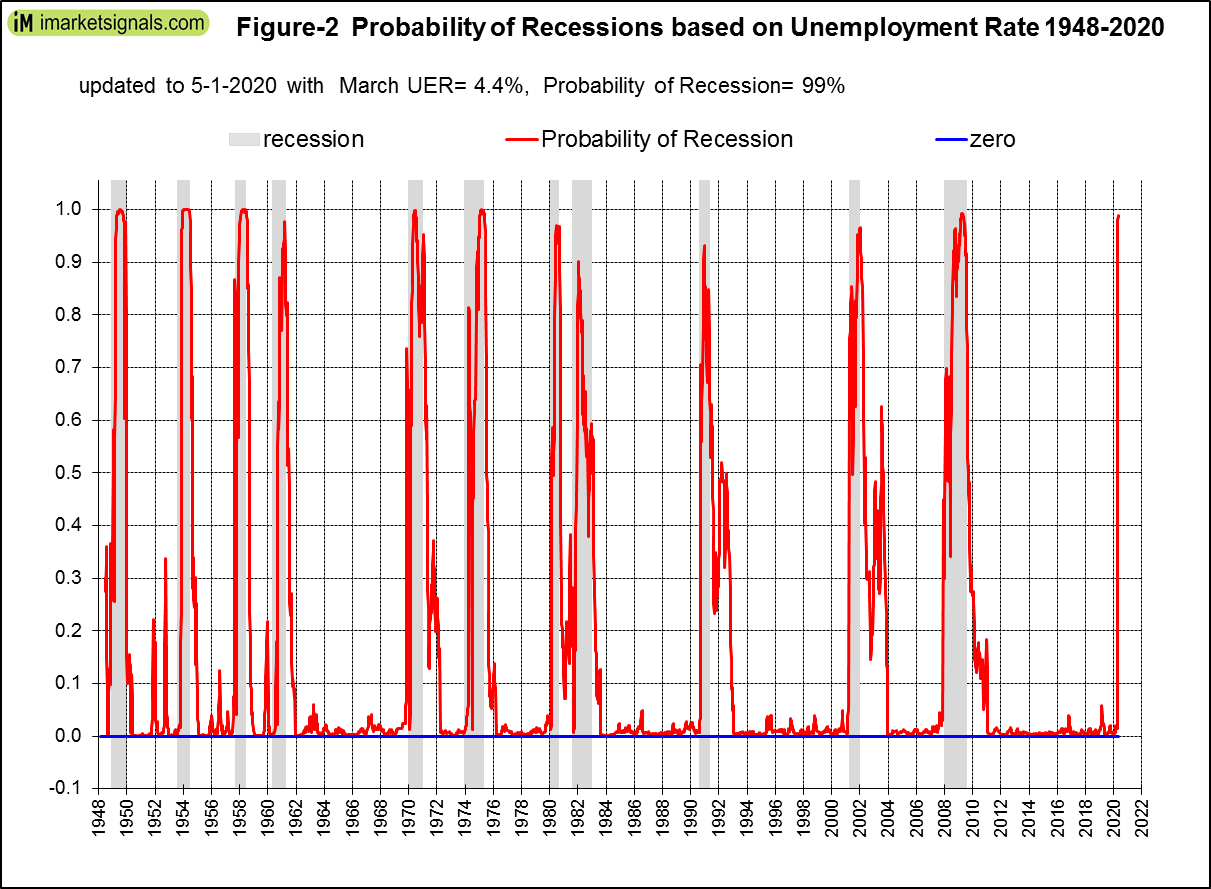 Leads to recession start from the UER model for the last eleven recessions:

Posted on Apr 3, 2020 by Anton Vrba
No Comments
With reference to Section 202(a)(11)(D) of the Investment Advisers Act: We are Engineers and not Investment Advisers, read more ... By the mere act of reading this page and navigating this site you acknowledge, agree to, and abide by the Terms of Use / Disclaimer