The BCI at 224.0 is unchanged from last week’s downward revised level, and for this Business Cycle is below the previous high as indicated by the BCIp at 88.9. Also, the 6-month smoothed annualized growth BCIg at 16.8 is below last week’s 17.4. 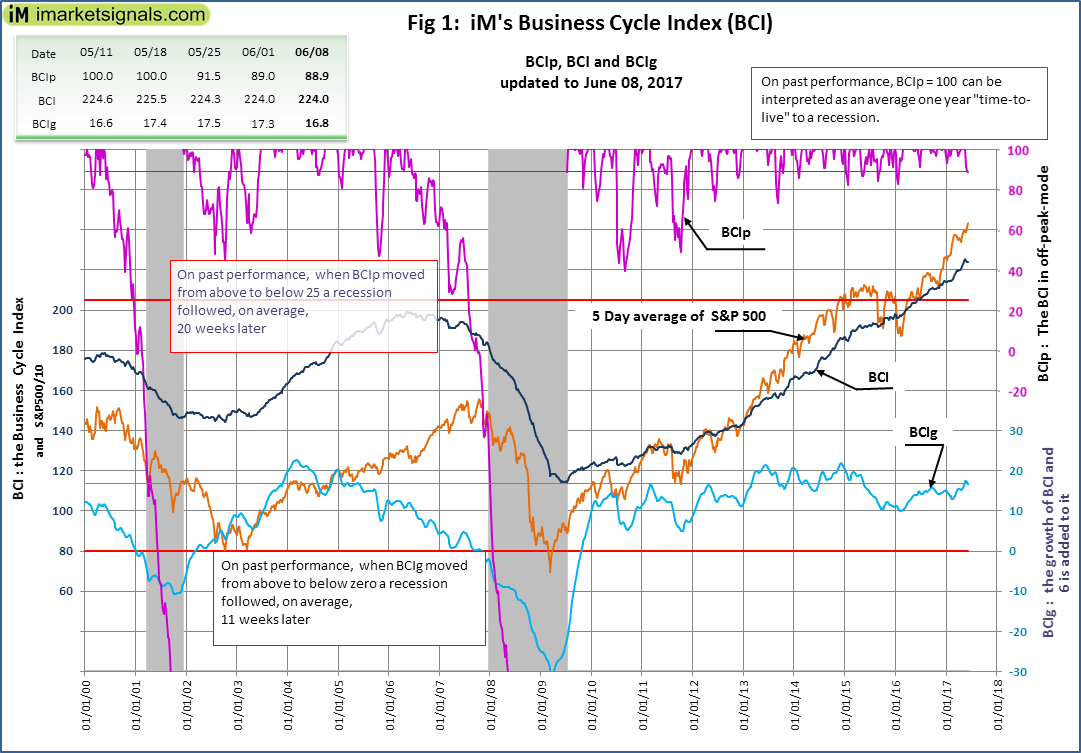 The BCI was designed for a timely signal before the begin of a recession, and could be used as a sell signal for  ETFs that track the markets like (SPY), (IWV) or (VTI) etc, and switch into treasury bond ETFs like (IEF),(TIP) or (BND) etc.  (see our article.) 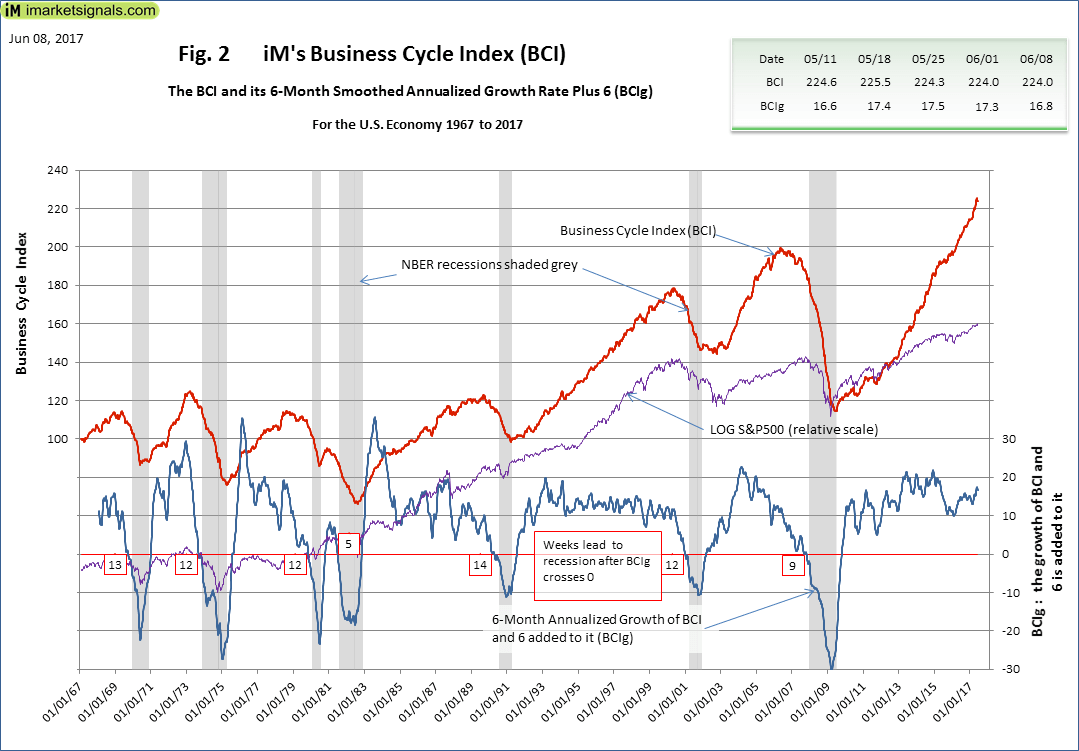 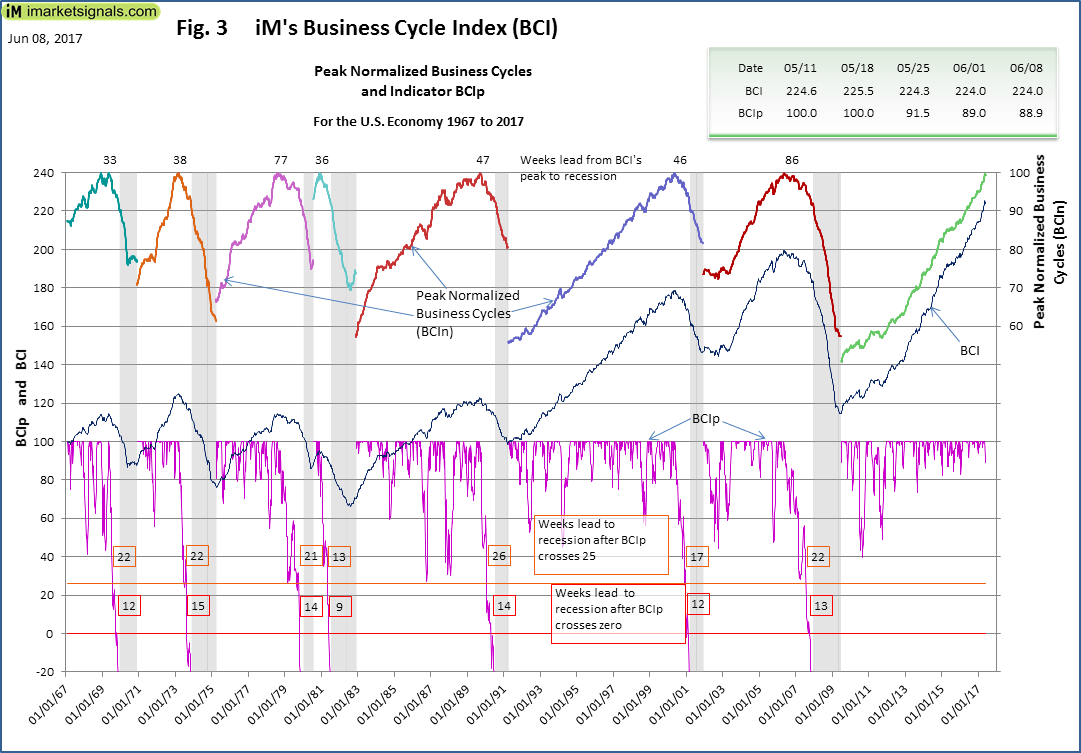 Posted in BCI
Posted on Jun 8, 2017 by Anton Vrba
With reference to Section 202(a)(11)(D) of the Investment Advisers Act: We are Engineers and not Investment Advisers, read more ... By the mere act of reading this page and navigating this site you acknowledge, agree to, and abide by the Terms of Use / Disclaimer